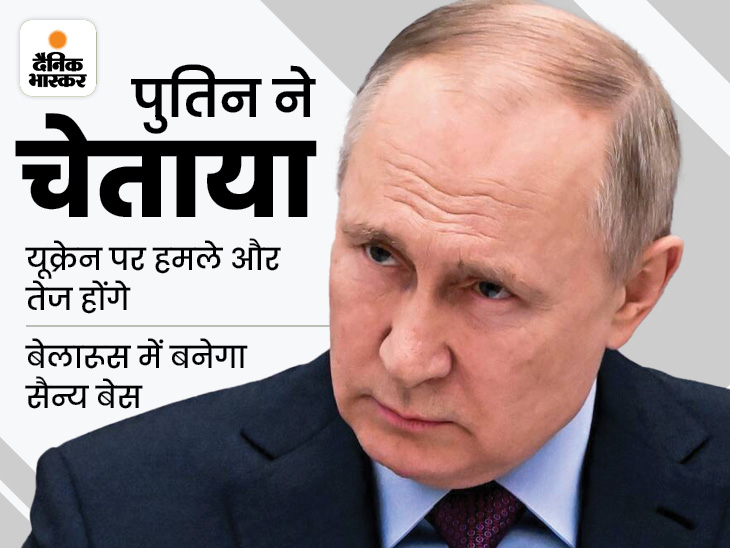 On October 10, Russia launched a missile attack on 10 cities including Kyiv, the capital of Ukraine. Russian President Vladimir Putin has warned of more attacks on Ukraine. Russia, which has been lagging behind on the Ukrainian front, has now openly joined hands with Belarus.

Belarus President Alexander Lukashenko has said that his country will provide Russian forces with land to build barracks and launch operations. Russia will build a military base there. However, Lukashenko did not specify how many Russian forces would remain in Belarus.

NATO will help Ukraine
Belarus’s announcement of military aid to Russia against Ukraine threatens a major war in Europe. Meanwhile, NATO has said that we are ready for it. NATO Secretary General Stoltenberg said he would not back down with Ukraine’s help. US President Biden has called the attacks Putin’s barbarism. Russia has again launched missile attacks on the Ukrainian capital Kyiv after almost four months. Thousands have again taken shelter in bunkers and underground metro stations.

These last bets of Putin getting battered, because…

The biggest Russian attack on Kyiv on the 229th day of the war, fired 83 missiles at night

The war between Russia and Ukraine has reached a very dangerous point. Russia fired 83 missiles late on Monday night at nine cities including Kyiv, the capital of Ukraine. 12 people are killed and 57 are injured. According to Russian President Putin – if Ukraine targets Russian cities and nuclear bases, then the consequences will be dire. On Saturday, Ukraine blew up Russia’s Kerch Bridge. Russia retaliated after 48 hours. Ukraine’s Parkovy Bridge was also destroyed in Monday’s attack. It was built for pedestrians on the Niper River. Read full news…

Russia attacked the residential area of ​​Zaporizhia; 43 people died in a week

Previous 2 wheel drive vs 4 wheel drive
Next Asus Vivobook X1502 Review: How useful is this laptop after touch screen