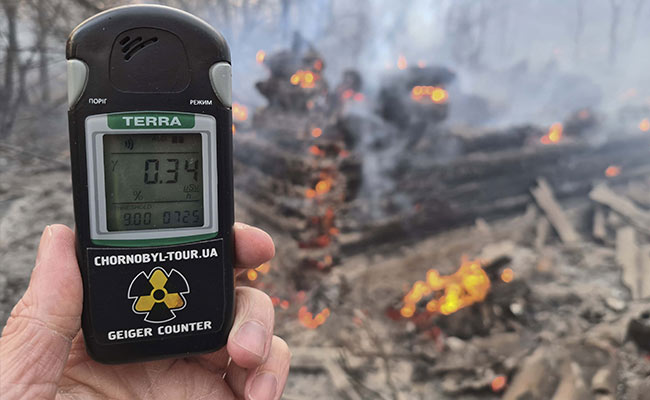 Russia and Ukraine (Russia Ukraine War) in the long-standing war between nuclear attack The risk of (Nuclear Attack) is also increasing. Russian President vladimir putin (Vladimir Putin) has indicated that he will not miss the use of nuclear weapons to protect his border and sovereignty, while the US President Joe Biden (Joe Biden) has also said that the mention of Putin’s use of nuclear weapons should not be taken as a joke. America is now buying a large-scale iodine tablet that is used to avoid nuclear radiation. According to an October 4 press release by the US Administration for Strategic Preparedness and Response, the US Department of Health is sourcing potassium iodide tablets (Nplate) on a large scale.

Although it does not directly refer to the Ukraine-Russia war, but it is clearly written that this is being done keeping in mind the radiological and nuclear emergency. In this, referring to the law passed in the US Parliament in 2004, it has been said that $290 million has been earmarked to avoid chemical and nuclear attacks. It has been described as the largest purchase of iodine tablets in American history. This drug is used as a treatment for damage to blood cells in case of nuclear emergency or radiation. In America, it is being seen as a preparation to deal with the threat to national security.

Russia has launched new missile attacks on Ukraine after the October 8 explosion on the bridge connecting Ukraine. Along with America, there is also doubt in European countries that Putin may use nuclear weapons. Since the start of the war in February, the purchase of potassium iodide tablets has increased in many countries.

It is reported that the purchase of this pill has increased several thousand times in many countries of the European Union including Poland, Britain and Finland. Due to this their cost has also increased to double.

Where there is a nuclear attack, everything turns into ashes within a radius of several kilometers. But those who are hundreds of thousands of kilometers away are also at risk of being exposed to nuclear radiation. Radioactive elements cause great harm to the body. Potassium iodide prevents this. This drug Nplate is being procured from the American company Amgen USA Inc.

According to the US Centers for Disease Control and Prevention, exposure to excess radiation causes acute radiation syndrome. It can have many symptoms. In severe cases it has fatal effects on the body. In this, the bone marrow gets damaged and internal bleeding starts.

This is not the first time that the demand for Nplate has suddenly increased. According to media reports, in the year 2018, even after the threat of nuclear war between the US and North Korea increased, the purchase of radiation treatment medicine had increased. People started buying these potassium iodide tablets even after Russia started its invasion of Ukraine this year.

Previous This was India’s first bank, lasted for 50 years, know – when and who started it? – First Bank of India know how and who start it all details here in hindi tutc
Next Infinix 43 Y1 TV launched in India 20W speakers check price specifications