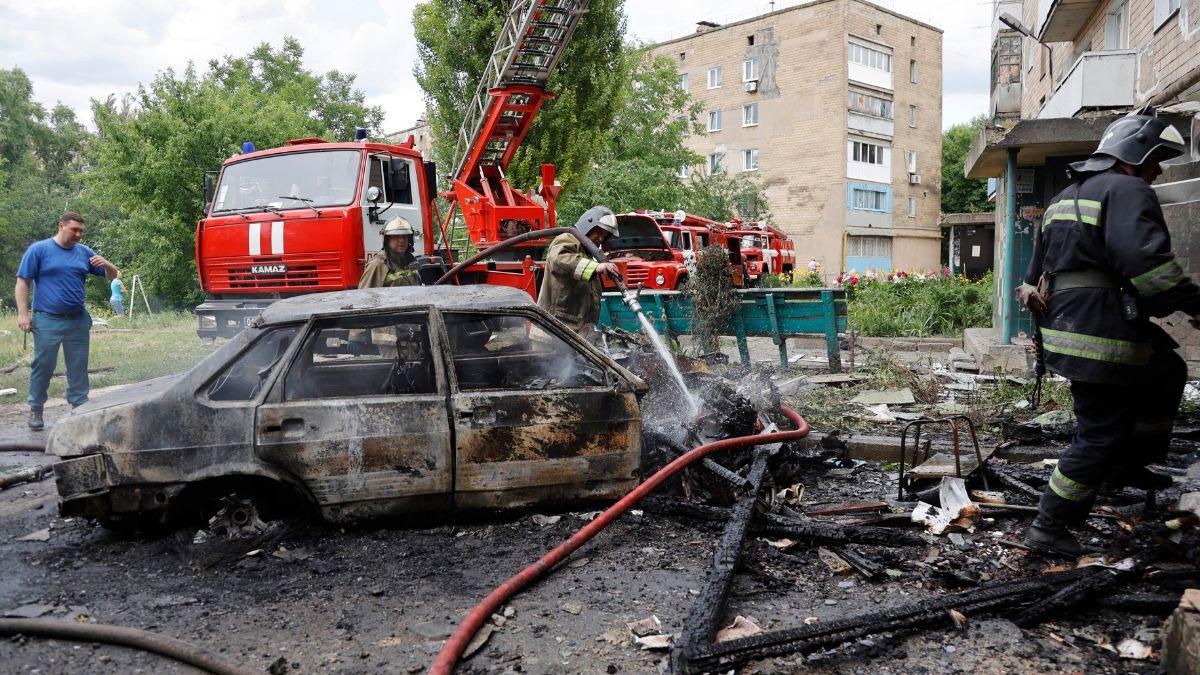 The war between Russia and Ukraine is once again taking a dangerous turn. Actually, Russia has been shocked after the blast of Crimea Bridge. So Russian soldiers are attacking Ukraine one after the other. Russia again launched attacks on Ukraine on Monday. Ukraine’s PM has claimed that Russian troops have carried out drone attacks on three of his regions. Many of their important infrastructure have been destroyed in this attack. Not only this, about 100 towns have lost their electricity in this attack.

According to the agency, Russia carried out drone strikes on the center of the capital Kyiv on Monday morning. These attacks happened when people were out of their homes. It is being told that the attacks have been done in a congested area. Along with this, the Russian army has also opened fire in many cities of Ukraine. Russia has launched attacks across Ukraine for the second time in a week.

According to the agency, after the blasts in central Kyiv, the Ukrainian army tried to shoot down the drone. For this many shots were fired at the drone.

An official from Ukraine’s presidential office said three people were killed in an attack on a residential building in Kyiv. While some buildings have also been destroyed. Emergency service personnel are trying to put out the fire.

Russia said – made a big attack on energy infrastructure

Ukraine said that these attacks were carried out by “suicide drones” prepared by Iran. Those who first go to their target and explode there. On the other hand, Russia’s Defense Ministry said that it has carried out a major attack on military bases and energy infrastructure across Ukraine.

Zelensky said – the enemy is terrorizing our population

President Volodymyr Zelensky said that all night and morning the enemy terrorizes our civilian population. Kamikaze drones and missiles are attacking the whole of Ukraine. A residential building in Kyiv has been destroyed. President Zelensky said that the enemy can attack our cities, but it will not be able to break us. Coming generations will give proper punishment to the occupiers. Remember we will win.

85% of 37 drone attacks claimed to be destroyed

On the other hand, Ukraine’s Interior Minister Denis Monastirsky said that we have received information that many people have died in different cities of Ukraine in Monday’s Russian attacks. At the same time, the Ukrainian army said that there have been 37 Russian drone attacks since Sunday evening. Out of this, 85% of the drones have been destroyed.