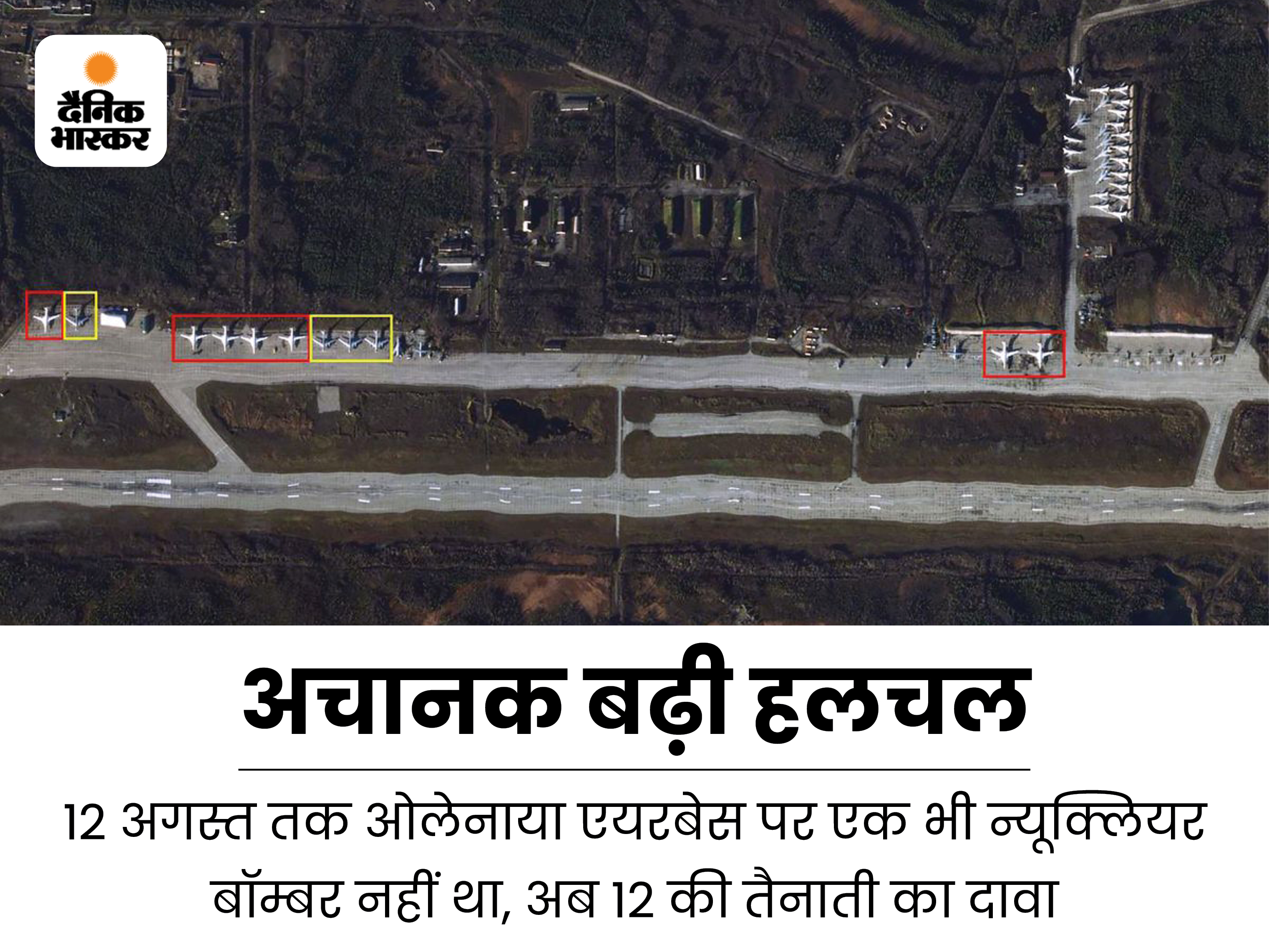 Vladimir Putin has deployed 11 nuclear bombers on the Finland-Norway border. British newspaper ‘The Mirror’ has made this claim on the basis of satellite images. The US and European countries allege that Putin’s military general is plotting nuclear attacks on Western countries, and especially European countries.

The claim of European countries also becomes important because Putin and the Russian Defense Minister have said in gestures that Russia can go to any extent to protect itself.

This image is from 7 October. 11 atomic bombers can be seen. However, they can also be used for conventional weapons.

Eye on Olenaya Airbase
According to the report, 12 Tu-160 nuclear bombers have been deployed at Russia’s Olenaya airbase on Putin’s orders. Their number is 11. In addition 4 Tu-95s have been deployed at the Kola airbase. Norway’s fact checking website Faktisk.no has also confirmed this. Two weeks ago the Israeli newspaper ‘Jerusalem Post’ also said that there was a big stir at Olenaya airbase. Later, Israel’s intelligence agency ‘Image Set’ also confirmed this.

Satellite images show that several Russian nuclear bombers are present on Olenaya’s airstrip. Russia has not said anything about this.

why doubt
The threat of a nuclear attack on Europe is also increasing because Russia’s nuclear bombers are usually stationed at Engels airbase, 450 km from Moscow. Now they have been removed from there and brought to the border of Finland and Norway.

At the moment, it is not clear whether these nuclear bombers have been fitted with conventional weapons or conventional. This is because they can be used for both types of weapons.

According to the report, as of August 12, there was no nuclear bomber at the Olenaya airbase. Now their number has increased to 12.

It is clear from this satellite image that Russia has deployed two types of nuclear bombers at Olenaya airbase.

Britain ready
In February this year, two Russian fighter jets were surrounded by Britain’s Royal Air Force in Scottish airspace. After this the tension between the two countries increased. According to the report of British Intelligence, the airspace of Ukraine and Moscow is being monitored very closely.

The British Army and especially the Air Force is also collecting data from some private firms. Russia’s eyes are the most on Ukraine’s Kherson. The reason for this is that it is very important from a strategic point of view. If Russia completely captures it, then it will be in a position to put pressure not only on Ukraine but also on Europe.

Previous New update of iOS 16.03 comes in Apple iPhone, all problems from notifications to camera will be fixed
Next Lava came to create panic, the cheapest indigenous 5G Smartphone, with a strong battery and a good camera, the price is just like this