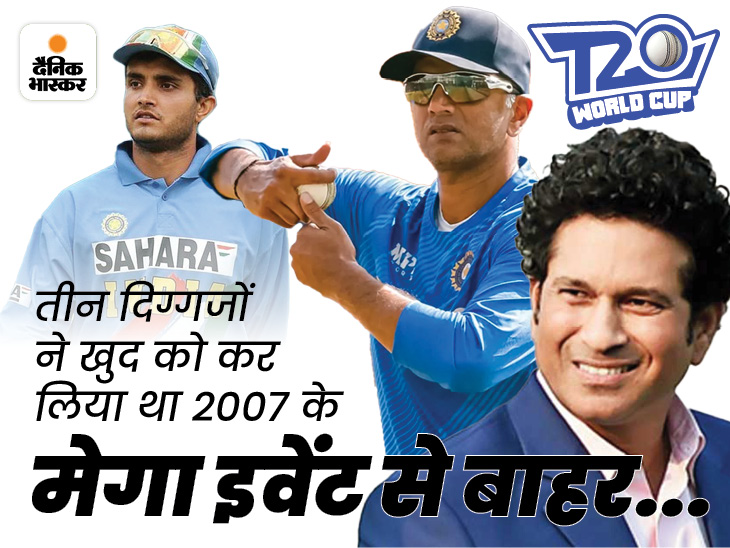 The day of 24 September 2007. Johannesburg Ground in South Africa. The final match of the T20 World Cup was played between India and Pakistan and for the first time under the captaincy of Mahendra Singh Dhoni, Team India became the world champion in the shortest format of cricket.

Before the start of this tournament, no one thought that India would become the powerhouse of world cricket in the next decade due to this format. The Board of Control for Cricket in India (BCCI) itself was not even aware of this.

You will be surprised to know that BCCI was not very excited about this format. At that time the legendary players of Team India had also withdrawn their names from this tournament. These giants are none other Sachin Tendulkar, Sourav Ganguly And Rahul Dravid Were.

The historic victory of Dhoni & Co changed everything for India. Attitude as well as luck. In this story, we will know how BCCI, which once tried to stay away from T20, became the strongest sports organization in not only cricket but sports across the world due to this format.

We spoke to Sanjay Jagdale, the team’s selector in 2007, to develop this story. Along with this, many officials of BCCI have also given us many information on the condition of anonymity.

The team’s selector told the story in the first World Cup
Sanjay Jagdale of Madhya Pradesh was also present in the selection committee of Team India during the 2007 T20 World Cup. Bhaskar talked about the World Cup before him. He told that the 2007 T20 World Cup was a completely new experience for us. We had formed a young team keeping in mind this new format. Legends like Rahul Dravid, Sourav Ganguly and Sachin Tendulkar had already said that they are not going to play in this tournament.

BCCI was also not very keen about this tournament, but as soon as we won the tournament, everything changed. It was somewhat similar to winning the ODI World Cup for the first time in 1983. Although the difference between 1983 and 2007 was that after Kapil’s team, money started coming in small amounts, but only after Dhoni’s team got success, only the stream of money started flowing.

IPL started in 2008 after the victory of the World Cup and today everything is in front of you. In the next picture you can see the full team of the 2007 T20 World Cup and the journey of the Indian team in the tournament played so far…

Now know… how the IPL started making BCCI the kuber of cricket
Due to IPL, there was a big revolution in the world of cricket and Lalit Modi was considered as its father. BCCI sources reveal that the board had then given Modi a budget of $36 million to start the IPL. If we look at today’s dollar value, then this amount is about 150 crores.

Thanks to T20, long cricket matches turned into 3.30 hours of thriller entertainment. After a long day’s fatigue, people could comfortably enjoy a new game everyday by sitting with the family. Franchises from different cities of the country also added a local touch to the game and created a new fan base.

Due to the association of film celebrities with the league, women were also attracted towards the game. In the coming years, other cricket playing countries of India’s seen world also started their own T20 leagues.

Know more about Lalit Modi, who started IPL in India through graphics and the T20 format to be held in other countries of the world.

ICL was also played in India before IPL
ICL i.e. Indian Cricket League was the first T20 league started in India. It was started by former India cricketer Kapil Dev and Essel Group chairman Subhash Chandra. The league, which started in 2007, did not work much and had to be closed within two years.

How was the format of ICL?
This tournament was similar to today’s IPL, but to make it more exciting, more teams were formed by mixing international players from 3 countries. It had 9 teams from major cities in India, Pakistan and Bangladesh. Along with this a World XI team was also formed.

Why did ICL collapse?
ICL secretly started signing international and domestic players by paying money from BCCI. This enraged the BCCI and the cricket boards of other countries. BCCI started taking action on ICL. BCCI refused to recognize the ICL and banned all the players playing in the ICL.

Also refused to give ground for ICL matches to state associations. In this Kapil Dev also came under the siege and he was expelled from the National Cricket Association. Later in 2012 he came back. No major cricketer took part in the ICL and soon after the arrival of IPL in 2008, the ICL collapsed in 2009.

Imagine, the BCCI, which was reluctant to send a good team in the T20 format in 2007, has become the most powerful board in the world today with this format. Let us now tell you the history of T20 cricket…

ECB marketing manager Stuart Robertson had talked about a 20-20 over match in 2001. Voting was also held to adopt this format, which was very positive. Robertson is called the father of this format.

The first T20 match was played on 15 July 2004 between Middlesex and Surrey at Lord’s. This format started so that cricket in England could be made popular among the youth. The youth there were not giving much preference to Tests and ODIs. The first T20 match in women’s cricket was played in August 2004.

Cricket became a mega sport from T20: Cricketers used to get a fee of Rs 2500, now the contract is up to 20 crores

In 1975, the Indian Cricket Board used to pay a fee of 2500 rupees to the players of Team India to play a Test match. Then came ODI cricket and in 1983 we became champions in the third World Cup. You will be surprised to know that when our players came back to India after becoming champions, BCCI did not have money to give to its players. Then Lata Mangeshkar did a show for the team and the money that came was given to the players.
Read full news…

Previous The Japanese space agency destroyed an unmanned rocket carrying eight satellites seven minutes after takeoff
Next elon musk siad wht he consume for weight loss and to look healthy as always zngp | Elon Musk revealed the secret of his fitness, told what to eat to lose weight