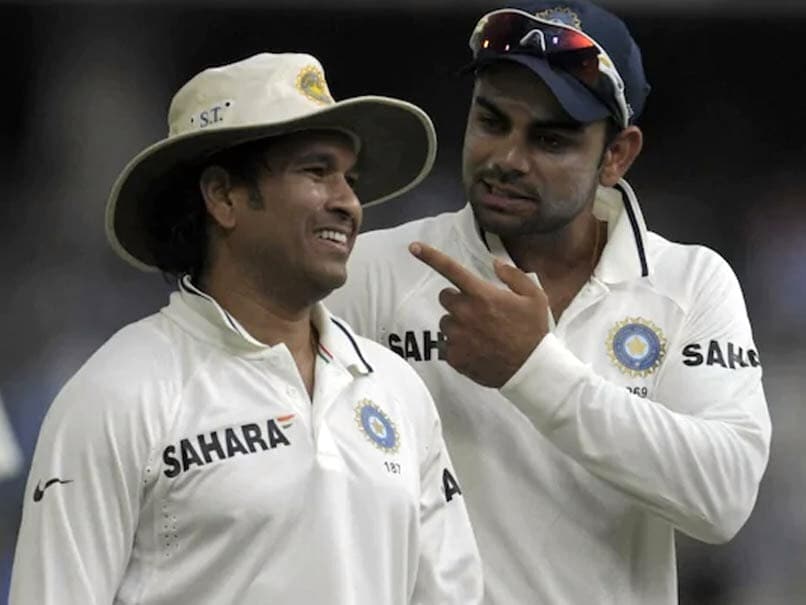 Who does not know about the great former batsman of the Indian cricket team, Sachin Tendulkar. He has scored more than 34000 runs in more than 660 international matches for the country. Apart from this, many big records are recorded in his name in the cricket field, which is very difficult to break by other batsmen. That is why perhaps he is called the ‘God of Cricket’.

The Indian legend had bid farewell to the cricket field in the year 2013. During this, along with the cricket lovers, the world’s leading cricketers also looked very emotional. Not only this, Sachin also looked very sad while going out of the field in his last match. During this, the Indian players present there consoled him and wished him all the best for his future.

During Sachin’s farewell, Team India’s current batsman Virat Kohli also gave him a special gift, which was returned by the Indian legend. Actually, Sachin was very emotional after the last match and was sitting in a corner of the dressing room. During this, Kohli gifted him a ‘sacred thread’ given to him by his father.

Sachin had returned that thread during that time. Talking about this, the Indian legend has told why he did not take that gift from Kohli. Sachin has told in a special conversation with American journalist Graham Bensinger that, ‘After the last match, I was very emotional and was wiping my tears in a corner. Meanwhile, Kohli gifted me a ‘sacred thread’ given to me by my father, which I returned to him after keeping it with me for some time.

As soon as he entered the Punjab camp, the young player got revenge, danced in the style of Allu Arjun, watch video

During this, the Indian veteran told Kohli that, ‘This gift is very precious, it should be with you, not with anyone else. It is your trust and it should stay with you till the last moment of your life. This emotional moment will remain etched in my memories forever.