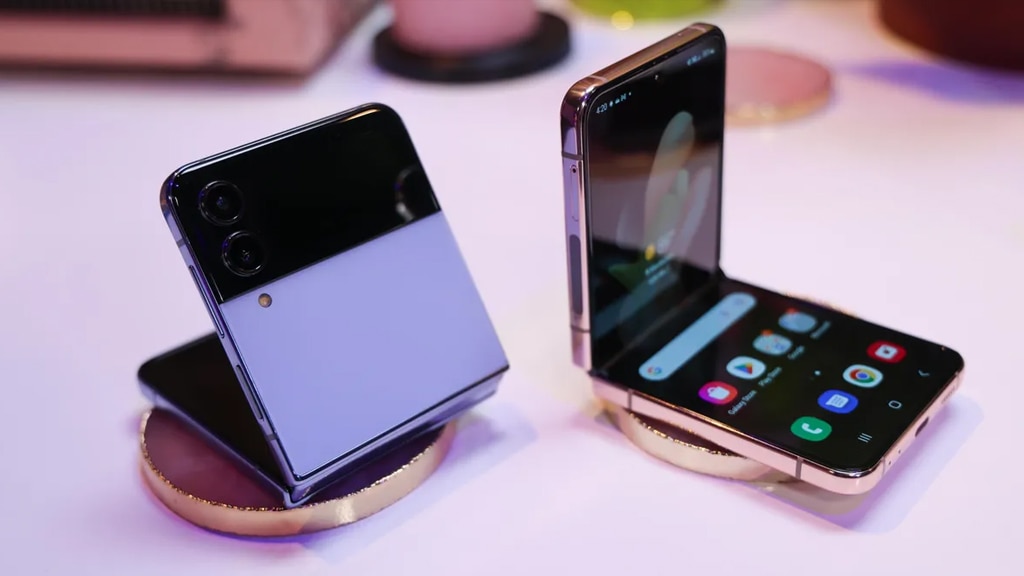 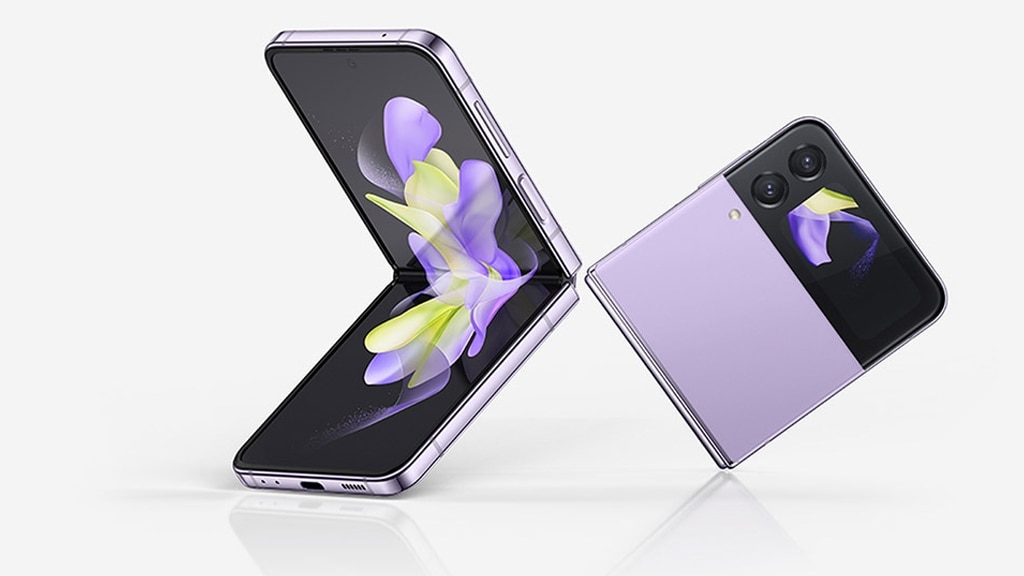 I found the design of the Samsung Galaxy Z Flip4 to be quite cool. You can easily fold the phone. It can be easily kept in the pocket. You will not find the phone cumbersome in your pocket. In recent times, phones with very big displays are coming. But despite having a large screen, it fits easily even in a small pocket, as the phone flips. It is also quite handy, you will not have any problem in using it. Let us tell you, the weight of Galaxy Z Flip 4 is only 187 grams. It’s definitely not the lightest flagship out there, but being on the flip side makes it easy to use.

The Galaxy Z Flip 4 comes with a matte finish. This finish not only makes the Galaxy Z Flip4 resistant to dust and scratches, but also prevents hand slips. Apart from this, Samsung has also made the hinge of this foldable phone slightly thinner than that of the third-gen Flip smartphone. The overall impact of the aluminum case, Corning Gorilla Glass Victus protection, IPX8 rating and ultra thin glass on the inside is that the Galaxy Z Flip 4 feels very durable and sturdy and not something that breaks easily. 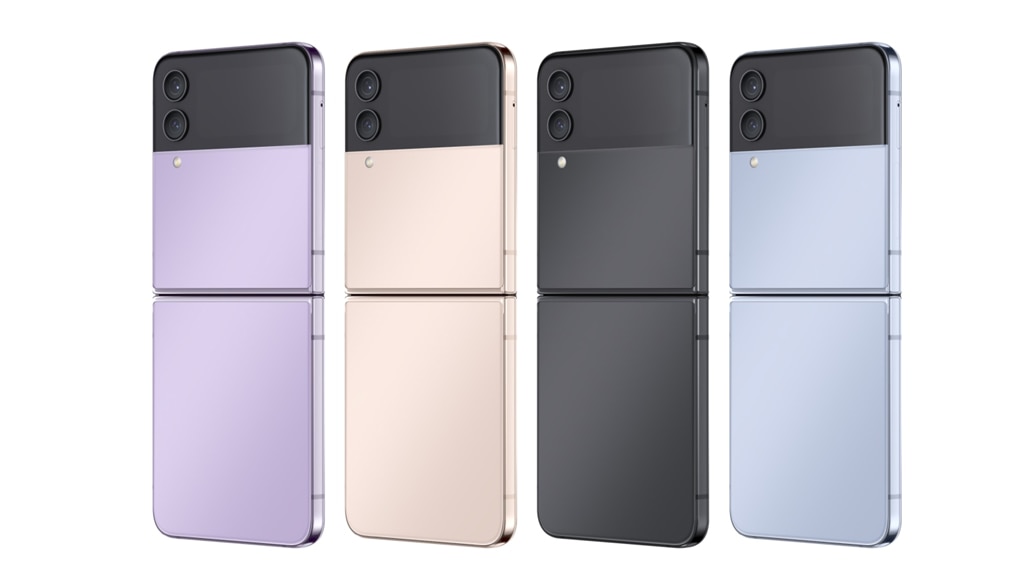 Samsung Galaxy Z Flip4 Review: How is the Display

The Samsung Galaxy Z Flip4 sports a 7.6-inch 120Hz display on the inside with an aspect ratio of 22:9, which makes the phone slightly taller and narrower than a traditional smartphone. You will not face any problem in viewing the content. The screen will look very bright even in the light. Talking about the crease, the Galaxy Z Flip4 has a crease in the middle of the display. The company has worked on the crease, the crease was clearly visible in Flip3. Where it can be seen, but if you look closely. When you watch a video, the crease will not be visible.

You also get a smaller 1.9-inch display on the outside, which is limited in its capacity. Apart from clicking selfies from the rear camera, you can control music, check the weather, control click alarms and use the timer. This year, the company has added additional controls, giving the secondary display more functionality than the Galaxy Z Flip3. You can now send quick replies to text messages, control a connected smart home device, check your events calendar and notifications, check your step count, and access your three pre-emptive messages from the secondary display. You can call any one of the designated contacts. Apart from this, for anything else, you have to go to the main display. 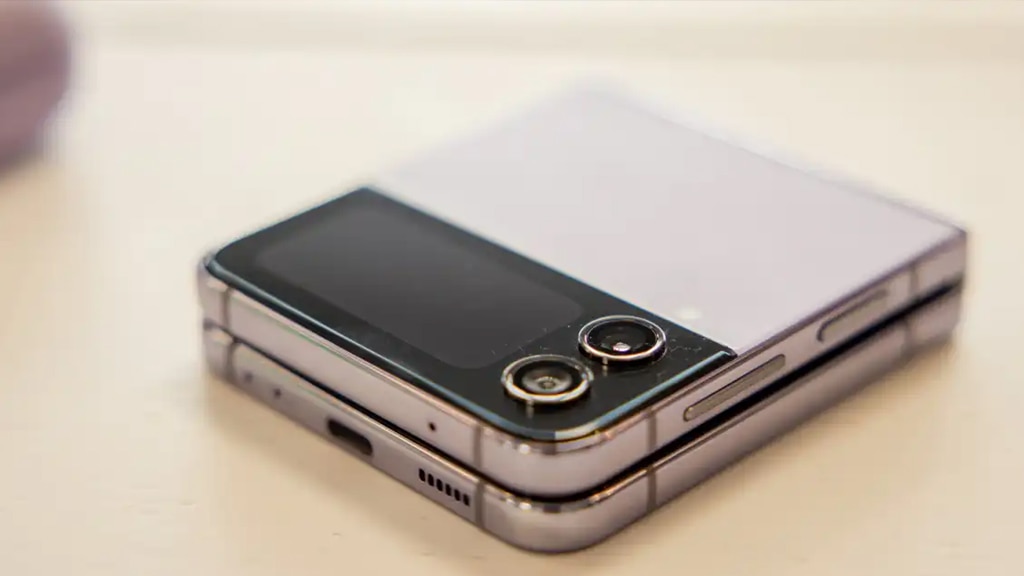 Samsung has not made any major changes to the camera setup of the Samsung Galaxy Z Flip. It comes with a dual camera setup consisting of a 12MP primary camera on the back and a 12MP ultra-wide angle camera and a 10MP camera on the inside. This camera setup is exactly the same as what you get in its old Galaxy Z Flip3 smartphone. Samsung has made very few changes to the Flip 4’s camera. This is particularly disappointing as some of the company’s other flagship devices, such as the Galaxy S22+, offer better offers for photo enthusiasts. You will not face any problem with the camera. The primary and secondary cameras will perform wonderfully. The photos will look very clear and bright even in the dark.

Samsung Galaxy Z Flip4 is powered by Qualcomm’s Snapdragon 8 Plus Gen 1 system-on-chip (SoC) coupled with 8GB of RAM and 128GB of storage space. While this processor offers a minor upgrade over the Snapdragon 8 Gen 1 processor that powers the Galaxy S22 series, its track record so far has been excellent. The phone can be used for a long time. Even after that there will be no decrease in performance. We opened many apps, watched movies and played many games. Even after that the phone did not hang. The phone runs Android 12L-based OneUI 4.1 operating system. It is easy to use and provides bloatware free experience 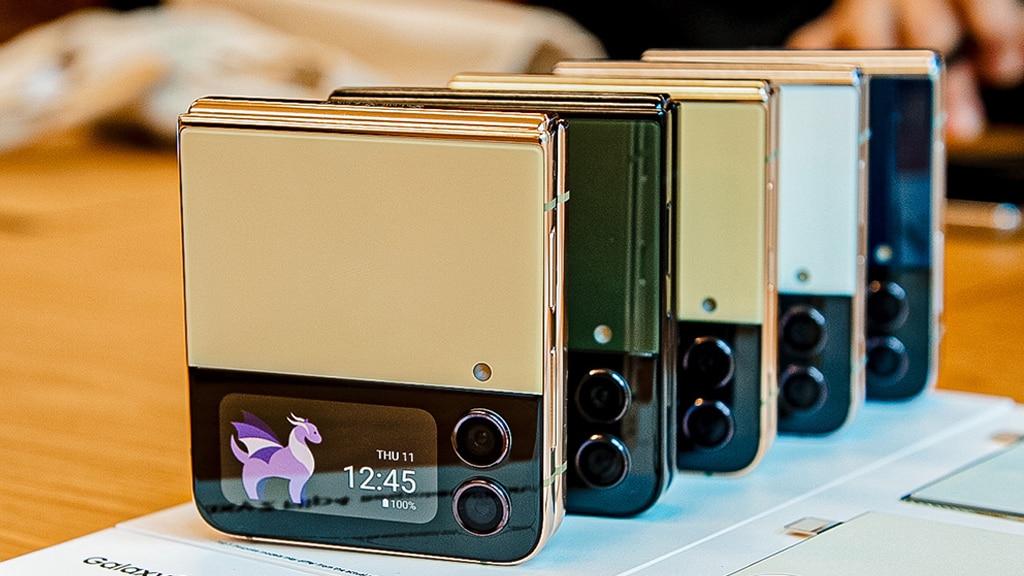 Samsung Galaxy Z Flip4 Review: How is the Battery

The company has made significant changes here. The Galaxy Z Flip3 came with a 3,300mAh battery, which was very less for any smartphone in the current era. In the Galaxy Z Flip4, Samsung has increased this number to 3,700mAh, which makes the phone easily go for a day without any charge. For example, if you are using the phone less on a holiday, then the phone can run for one and a half days. The included charging cable in the box charges the phone in about two to two and a half hours. But plug this cable into a fast charger, the phone goes from zero to 100 percent in about an hour. That means it may take you some time for charging.

Buy or not Samsung Galaxy Z Flip4? The answer to the question is quite simple. If you want to buy a flip phone which is equipped with strong features then this is the best option for you. Because you do not get any other option in the market. It makes your daily work easy. It is quite light and compact. The price of the phone is Rs 89,999. If your budget is so much then this is the best option for you. Even if it is a little less, then you can take it by investing a little more money.