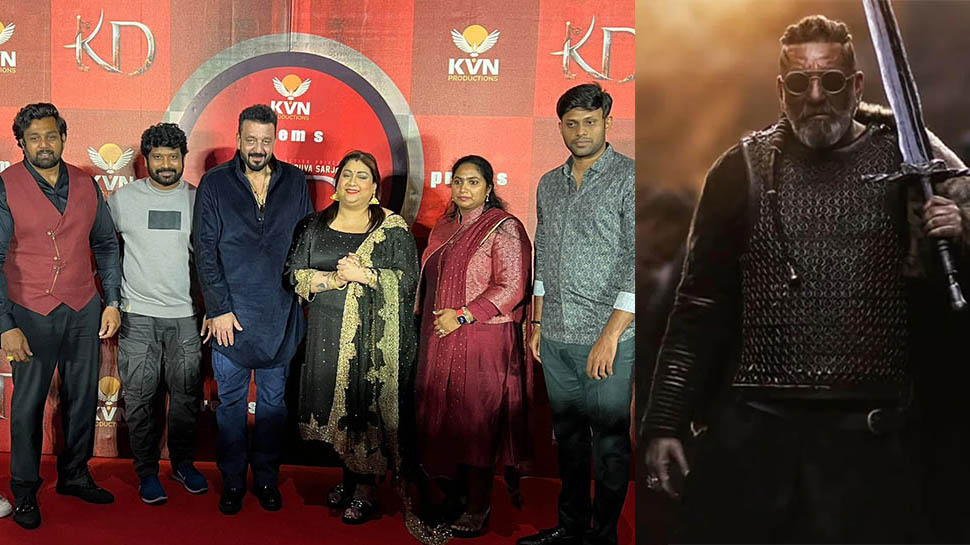 Sanjay Dutt said – I am going to work in more South Indian films; What left Bollywood?

Sanjay Dutt Upcoming Films: After returning from jail in 2014, Sanjay Dutt is waiting for a hit film in his name in Bollywood. From the film Bhoomi Mein Comeback in 2016 to Saheb Biwi Aur Gangster 3, Prasthanam, Panipat, Sadak 2, Torbaaz, Bhuj: The Pride of India, Tulsidas Jr. to Samrat Prithviraj and Shamshera in 2022, he has a single Bollywood film released at the box office or OTT. Could not show amazing. If any big success is attached to his name, then in the Kannada film KGF 2 released this year. Bollywood movies are constantly getting smashed at the ticket windows and the audience has stopped watching Hindi heroes. Whereas South’s films are being liked by the people.

looking for new land
The result of flop films is that along with all the actors of Bollywood, Sanjay Dutt has also started looking for land for himself in the South. According to the news, he is also getting work in Tamil and Kannada films in South. Sanjay Dutt’s villainy was well-liked in KGF 2. Sanjay Dutt was in Bangalore on Thursday at the teaser launch of a Kannada film and he clearly said in that program, ‘I think I am going to work in more South Indian films now.’ The event was organized at the teaser launch of Kannada film KD-The Devil. Sanjay Dutt is associated with this film and the Hindi version of the teaser has the voice of Sanjay Dutt in the commentary. However, the makers or Sanjay Dutt have not yet revealed whether he is doing any role in the film.

friends in south industry
KD-The Devil is planned pan-India by Kannada star Dhruv Sarja and director Prem and is being remade in a grand style in Hindi, Tamil and Telugu along with Kannada. On its teaser launch, Sanjay Dutt said that I am very confident about working in South. I have worked in KGF 2 and also have a good friendship with Rajamouli sir. He said that I see passion and energy in South’s films. Here the way the hero is being shown today, that thing Bollywood should learn anew. Bollywood should not forget its roots. It is clear from these things of Sanjay Dutt that he is not happy with the way stars-producers-directors work in Bollywood. Meanwhile, it is reported that he has signed director Kanagaraj’s gangster film Dalpati 67, in which Sanjay Dutt will be seen in the role of gangster. Here, Sanjay Dutt has two Hindi films in Bollywood. Produced for a long time, Vikash Verma’s Indo-Polish film The Good Maharaja and director Binoy Gandhi’s comedy film Ghudchadhi. In which Raveena Tandon will be seen with him. There is no update of both the films for a long time.

Previous Both the teams are heavy on each other, know the strengths and weaknesses of 22 players. World Cup India Vs Pakistan Probable Playing 11Players List; Rohit Sharma Virat Kohli Babar Azam | Mohammed Rizwan
Next To capture Kherson, the Ukrainian army applied the thrust of the heel, bombed and targeted major places