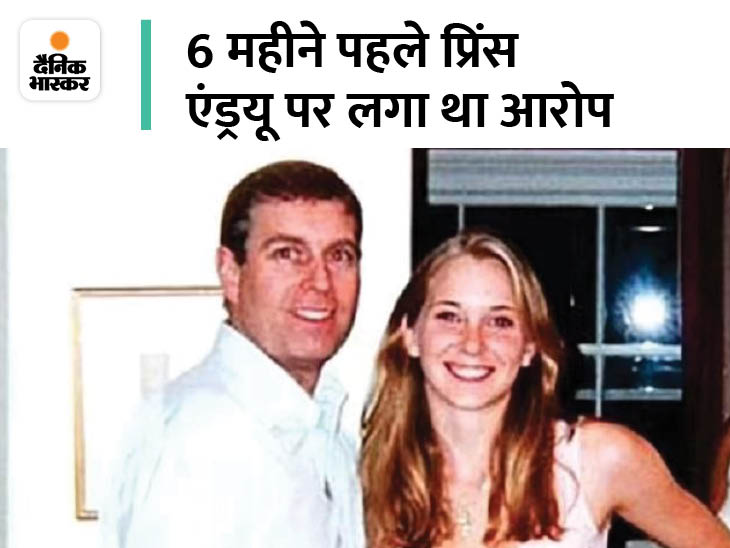 Britain’s royal family has made an out-of-court settlement with the victim to avoid humiliation over allegations of sexual abuse against Prince Andrew. British Queen Elizabeth-II will pay a hefty Rs 1.22 billion to Virginia Giuffre, a former model accused of evading punishment for her son, Prince Andrew, reports DailyMail. The court had already agreed to this settlement.

Prince Andrew, 62, is the number 9 contender for the British crown. He is the second of three sons of Queen Elizabeth. Her elder is Prince Charles and her younger is Prince Edward.

Out-of-court settlement means the prince did not accept the crime
An out-of-court settlement in the case involving US citizen Giuffre means accused Prince Andrew has not pleaded guilty to his claims. Giuffre accused Prince of sexually assaulting her when Geoffrey Epstein (the main accused in the case) took her to Andrew when she was 17 years old. At the same time, Prince Andrew was constantly telling these allegations as lies. Giuffre claimed that he had several photos exposing the Prince’s lies.

Understand what is the whole matter in this poster.

The amount will remain secret, yet the amount leaked
According to the New York Times, the amount that the 61-year-old British Prince will give to Virginia Giuffre has been asked by the court to keep it secret. Both the parties have given affidavits in this regard before the court. Apart from this, it has been decided to give some amount to Giuffre for charity as well. If this settlement happens, it will obviously be a big relief for the royal family. If this settlement does not happen, within a few weeks, the Prince will have to take oath in court and answer questions from Giuffre’s lawyers. However, a source close to the royal family has leaked the information about the settlement amount.

Giuffre had filed this case against Prince about 6 months ago.

when did the matter come to the fore
The case first surfaced in 2011, when American businessman Geoffrey Epstein, Prince Andrew’s financier, was accused of trafficking in women. Along with this case against Epstein, an investigation of financial irregularities was started. Jaffrey has also served 18 months in this case. Then a woman had filed 2 cases in a Florida court. Another woman has made similar allegations against Epstein and his associates. Epstein was found dead in prison in 2019 at the age of 66.

Settlement happening after 6 months
Prince Andrew has also been a helicopter pilot in the Royal Navy. He married Sarah Ferguson in 1986. After retiring from the Navy, he started doing business in 2001. According to a report, Giuffre had filed this case against Prince about 6 months ago and now this settlement has come to the fore.