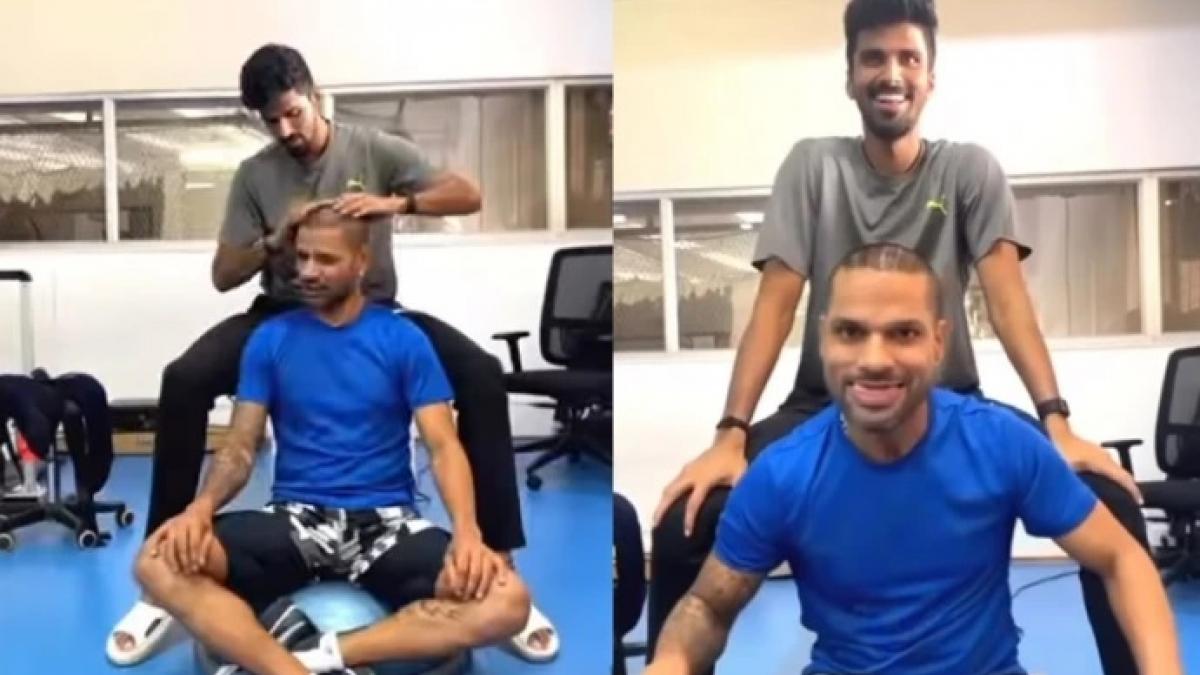 Team India’s experienced opener Shikhar Dhawan remains in the headlines through social media posts outside the game. During this, Dhawan does not miss to entertain his fans through funny memes and reels. Now in this episode, Shikhar Dhawan has shared a video on Instagram. In this video, all-rounder Washington is seen massaging the head of Sundar Dhawan.

This video is from the National Cricket Academy (NCA) located in Bangalore, where Washington Sundar and Shikhar Dhawan are rehab. In the video, both the players were talking to each other in South language. Sharing this funny video, Shikhar Dhawan gave the caption, ‘South dialogue is to be made by staying in South’.

Dhawan was bought by Punjab Kings for Rs 8.25 crore in the mega auction of IPL 2022. In IPL 2022, Dhawan scored 460 runs in 14 matches at an average of 38.33. During this, Dhawan hit three half-centuries and his best score was an unbeaten 88. Shikhar Dhawan is the most successful batsman in the history of IPL after Virat Kohli. Despite his impressive performance in IPL 2022, Dhawan is not getting a place in the T20 team.

Shikhar Dhawan was once considered an integral part of India’s batting line-up along with Rohit Sharma and Virat Kohli. Dhawan was one of India’s main batsmen in the limited overs format until the 2019 World Cup, although he lost his place in the Test team. After this, there was another twist in Dhawan’s career when he did not find a place in the team for the 2021 T20 World Cup. Now Dhawan is representing the Indian team only in One Day Internationals.

Shikhar Dhawan made his international debut in 2010 against Australia in an ODI match. Dhawan has so far participated in 34 Tests, 158 ODIs and 68 T20 Internationals. During this, more than ten thousand runs have been scored from his bat in international cricket.

Can captain in ODIs against SA

Previous Vivo Y73t launched with a strong battery-powered processor, the design is absolutely ‘Junk’
Next Mother considers it haraam to become an actor, took 5 years to persuade family members, beat her father too