Shikhar Dhawan IND vs ZIM Series: The Indian cricket team is on a tour of Zimbabwe these days and started it with a big win. Team India has taken a 1-0 lead in the three-match ODI series. The first ODI match was played on Thursday (August 18) in Harare. Indian team won this match by 10 wickets.

The hero of this victory was also opener Shikhar Dhawan, who played an unbeaten 81. During this innings, Dhawan also got a ‘love bite’, which he mentioned on Instagram. Along with this, he also asked the fans that who else wants this ‘love bite’.

Dhawan gets ‘love bite’ on his left wrist

Actually, it happened that Shikhar Dhawan and Shubman Gill opened for the Indian team chasing the target of 190 runs in the match. Both put their feet on the crease in such a way that no other batsman was given a chance to come. During this innings, a fast ball hit Shikhar Dhawan’s wrist. Because of this, there was swelling on his wrist. Dhawan called this swelling a love bite.

Dhawan shared the photo of this swelling on Instagram story and asked the fans, ‘Who wants a ball love bite like this.’ Dhawan got this injury on the wrist of his left hand. He is also a left handed batsman. In this photo of him, Dhawan is seen asking the fans about the love bite with a smile. 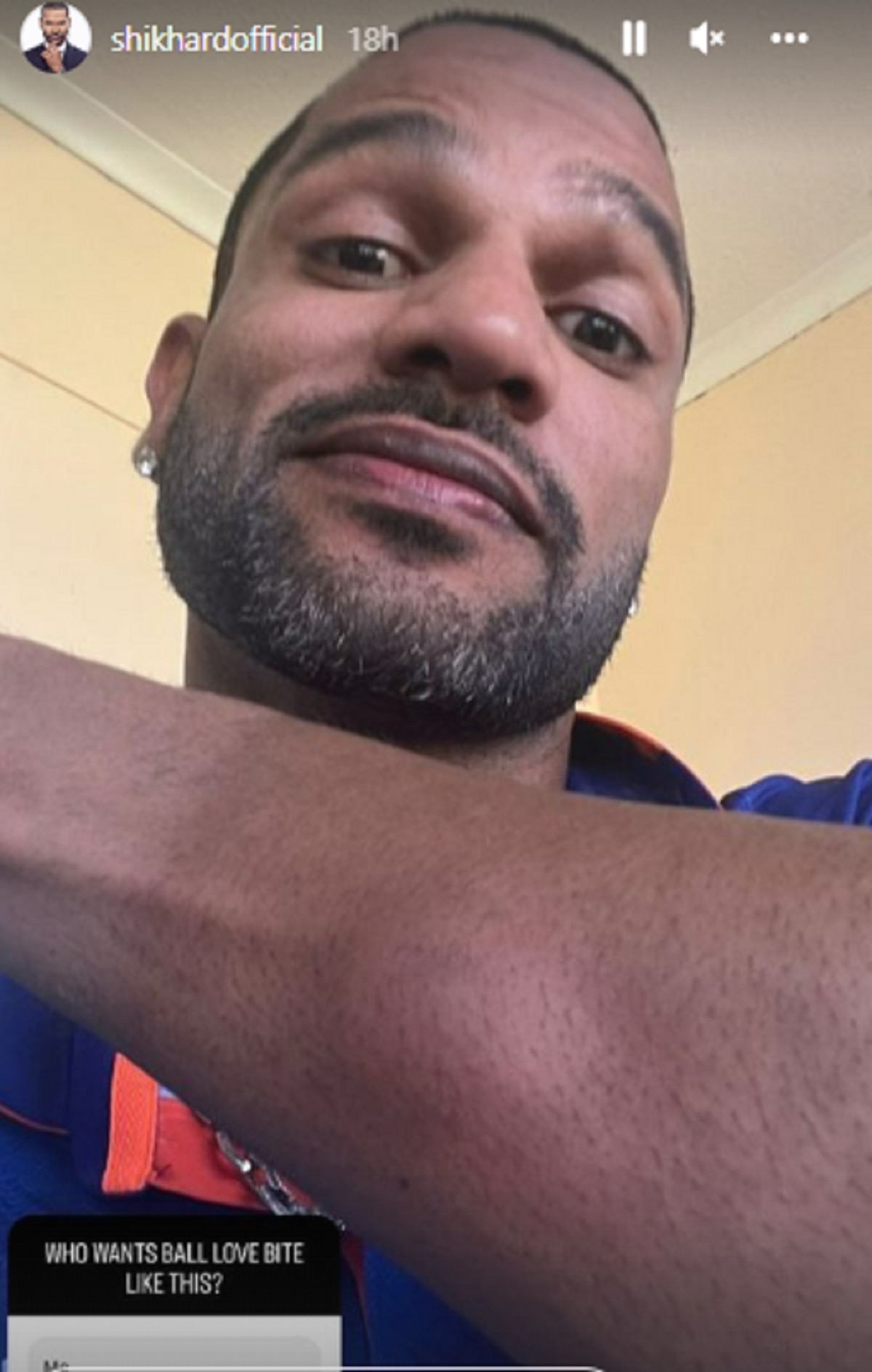 This is how India beat Zimbabwe in ODIs

In the match, Zimbabwe lost the toss and went to bat first, the start of the team was very bad. He had lost four wickets in the 11th over for 31 runs. Regis Chakabwa (35 runs) and Sikandar Raza (12) also could not handle the team and the whole team of Zimbabwe was bundled out for 189 runs.

Chasing the target of 190 runs, Shikhar Dhawan and Shubman Gill did not give any chance to the Zimbabwe bowlers from the beginning. Dhawan scored an unbeaten 81 off 113 balls, which included 9 fours. While Shubman Gill remained unbeaten on 82 off 72 balls. Gill hit 10 fours and a six in his innings. As a result, both the batsmen together gave India victory in 30.5 overs.