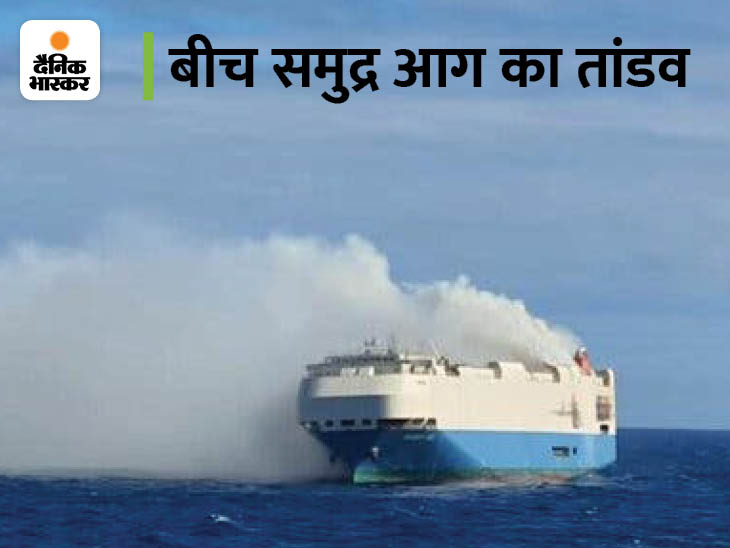 A fire broke out at the Panama Flag cargo ship Facility Ace on Wednesday afternoon near the Azores Islands in the Atlantic Ocean. Thousands of luxury vehicles are present in this ship going from Germany to America. At the same time, 22 crew members have been evacuated with the help of the Portuguese Navy and Air Force. All are safe.

3,965 Luxury Cars in Ship
An email from Volkswagen’s US operations revealed that there are 3,965 Volkswagen AG vehicles on board. Apart from this, it also includes Porsche, Audi and Lamborghini.

Porsche has 1,100 cars available
Porsche spokesman Luke Vandejande said the company estimated that about 1,100 of its vehicles were on the ship at the time of the fire. Automobile dealers are contacting the customers affected by the incident. On the other hand, a spokesman for Lamborghini’s US branch declined to comment on the incident.

Customers expressed disappointment
Some customers have expressed their disappointment on social media. A Twitter user said that his custom-specific Porsche Boxster Spider car is also on the ship. Her price starts at around $99,650.

Such an accident happened in 2019 also
In 2019, the Grande America ship caught fire. Because of this she drowned along with the vehicles. At that time it had over 2,000 luxury cars including Audi and Porsche.