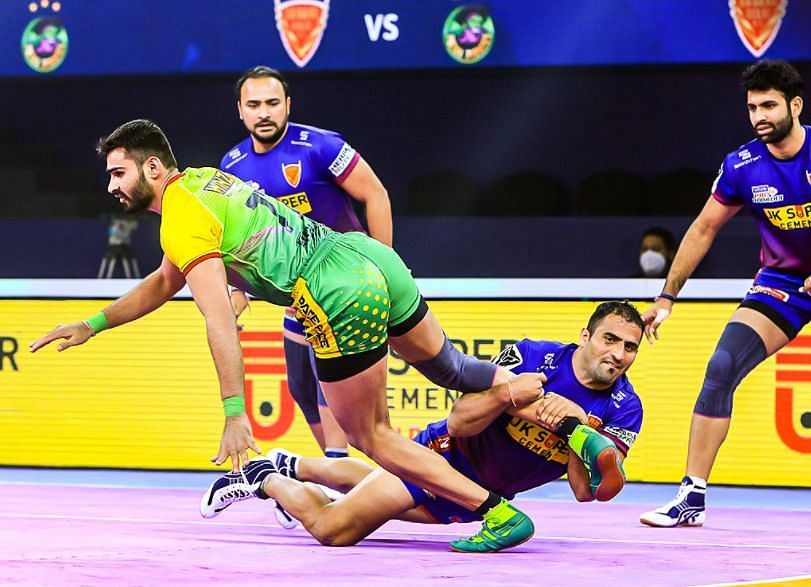 In the 126th match of the Pro Kabaddi League (PKL 8), Dabang Delhi defeated Patna Pirates 26-23 and became the third team to qualify for the playoffs. This is Dabang Delhi’s 11th win in 21 matches and they have reached the second position with 70 points. On the other hand, this is only the fifth loss in 21 matches for Patna Pirates, which have secured the first place in the points slot and their first loss after 7 consecutive victories.

The first 10 minutes of the second half saw a close contest with Dabang Delhi leading by just one point at the first strategic time out of 30 minutes and the score was 19-18 in their favour. Shubham Shinde of Patna Pirates also completed High 5 during this period. After the break, Manjit Chillar also put his high 5 on behalf of Dabang Delhi.