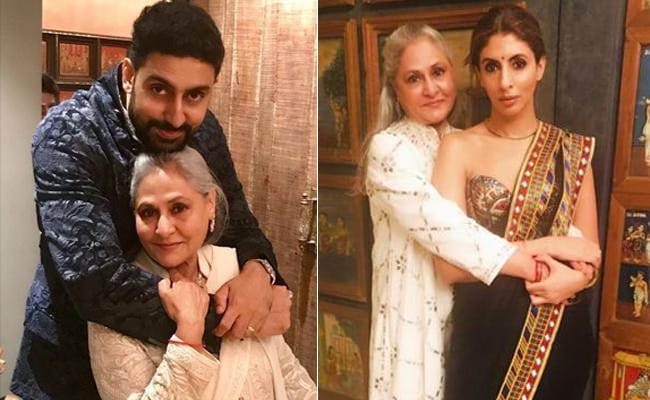 Navya Nanda Naveli has been continuously gathering limelight ever since she entered the podcast platform. The star kid who has now become a successful entrepreneur is seen in her podcast What the Hell Navya along with mom Shweta Bachchan and maternal grandmother Jaya Bachchan. In the show, all three are making new revelations every day. Recently in the podcast, Shweta revealed about her childhood and told how mother Jaya Bachchan used to beat her.

Talking about her childhood, Shweta Bachchan recalled how Jaya Bachchan used to beat her. Shweta further said that she had to learn Bharatnatyam, Hindi classical music, swimming, sitar and piano. I was slapped a lot. I was beaten repeatedly. At the same time, Jaya Bachchan said, Abhishek Bachchan has hardly got any slap. I believe that always the child gets beaten up first. I was beaten up a lot in my childhood, but my younger sisters did not.

After hearing this, Navya Naveli Nanda wanted to know what did her mother do to beat her grandmother Jaya? Then Jaya told that Shweta was very angry and stubborn. Jaya also revealed that Amitabh Bachchan was against it when he raised his hand on Shweta in anger. Shweta revealed, “The biggest punishment he gave was for standing in the corner. I liked that sentence because I used to make up stories and talk to myself in the corner. ,

Let us tell you that Jaya Bachchan will soon be seen with Alia Bhatt and Ranveer Singh in the love story of Rocky and Rani directed by Karan Johar. Apart from Jaya, we also have Dharmendra and Shabana Azmi in important roles.