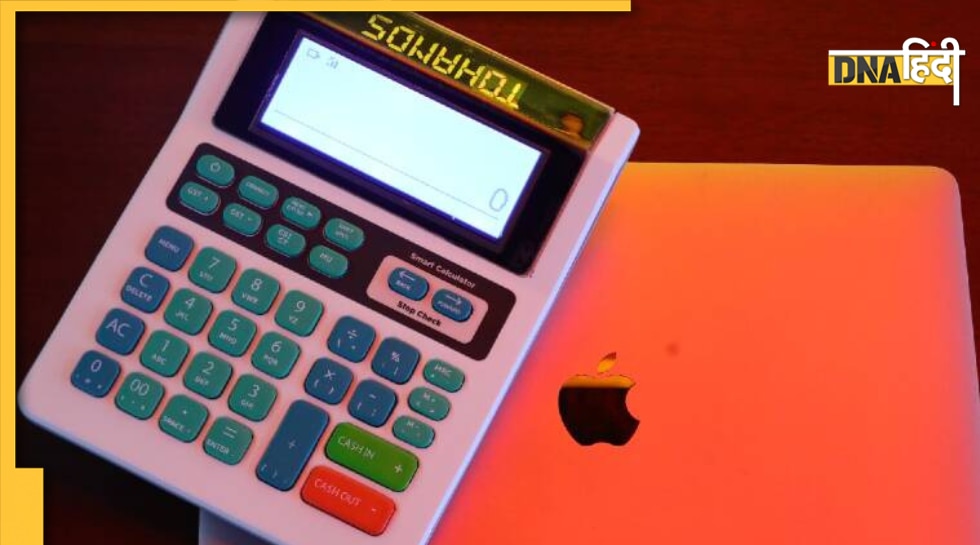 Smart calculators are being made for millions of shopkeepers, life will become easier

Praveen Mishra, a resident of Pratapgarh, Uttar Pradesh, started ToHands in 2017 along with Satyam Sahu and Shanmuga Wadiwal. All the three co-founders handle different domains of the business, Mishra looks after the product side of things, Sahoo looks after the apps and software and Vadiwal is in charge of the hardware.

Calculator is the backbone of small businesses

Mishra observed that small business owners are neither comfortable using the Digital Khata Cashbook mobile app nor do they have the resources to invest in expensive billing machines. What they prefer is a simple calculator to do the routine calculations involved in everyday life.

However, 21-year-old Praveen Mishra decided to re-imagine the calculator, but the challenge was how to make it better. After all calculators have already proven to be tools that are a fast and convenient way to calculate in minutes. Everything is based on buttons.

The first version of the ‘smart’ calculator developed by Mishra was a Raspberry Pi-powered prototype of a device with a keyboard and two buttons – one for credit and the other for debit. Mishra then went to some shopkeepers and showed them a prototype device to gauge their interest in smart calculators. Initially they were able to get seven pre-orders of the device but Mishra and team soon started working on version two of the calculator.

The second version was a more polished product and included calculation functionality as well as credit and debit facilities but the screen was smaller and the device used a membrane keyboard. After the startup was selected at T-Hub, an incubation center for IT startups in Rayadurgam, Hyderabad, Mishra and team were inspired to take another shot at hardware and layer the design to make smart calculators a reality. The third version of the Smart Calculator which is now available for pre-order on the company’s website is more user-friendly and can do a lot more than the first and second versions combined. At present, this calculator is being sold for Rs 3,000.

He said that he has implemented the principle of Maya (Most Advanced, Yet Acceptable). For example, the button pattern on this smart calculator reminds you what you see on a Casio or Citizen calculator.

However, there have been minor changes that are unique to this calculator. The memory button on the calculator has been miniaturized to accommodate the cash-in and cash-out buttons, for which Mishra’s startup is currently applying for a patent.

Let us tell you that the basic idea behind Smart Calculator is no different from the traditional calculator. Like a regular calculator, you can do basic calculations. The difference comes when you can record those calculations and here comes the ‘smart’ angle. The connected calculator supports Wi-Fi and has a mobile app that shows transactions on your smartphone. It has 16MB of built-in memory, which can store 5 million transactions. The device comes with a 2400mAh rechargeable battery and a USB-C port for charging.

Read also: Aadhaar Card Update: It has been more than 10 years, so get the Aadhaar card updated soon

Previous Malaika reached Arjun Kapoor’s house in the middle of the night without wearing a jumbo, a lot of humiliation in front of the camera
Next Mallika Sherawat brought the black truth of Bollywood in front of everyone, Bollywood actors used to call her room at midnight