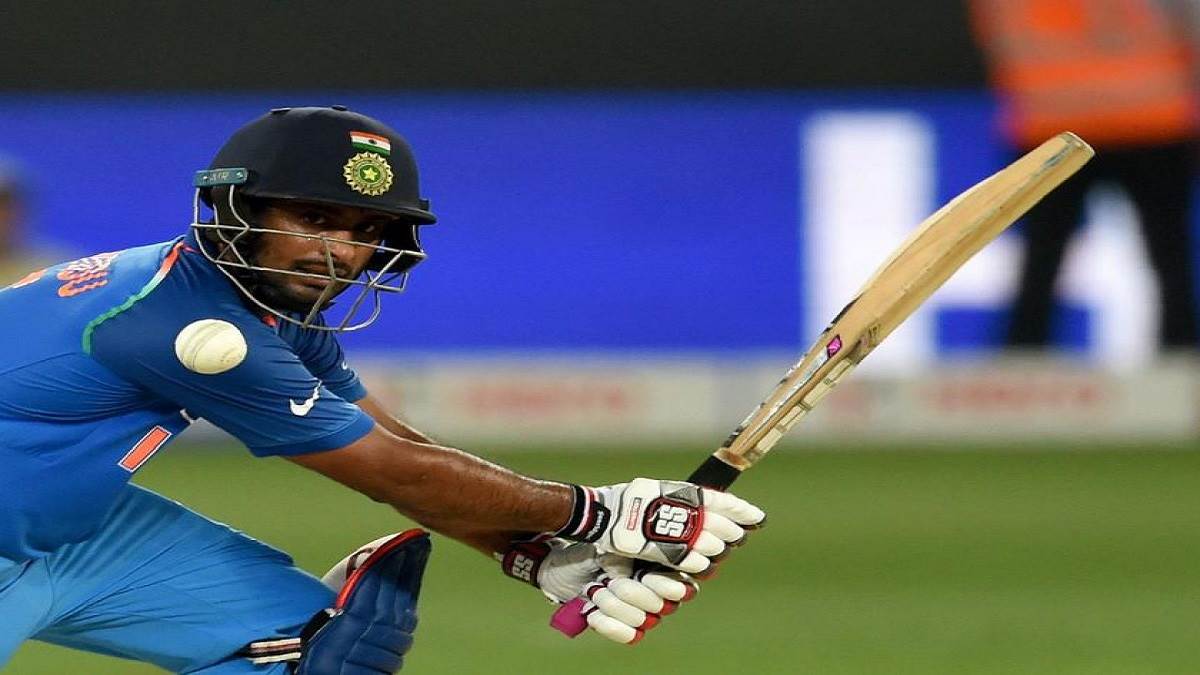 SMAT 2022: Ambati Rayudu clashed with the batsman who was batting, fiercely there was a tu-tu main-main between the two

New Delhi, Online Desk. Syed Mushtaq Ali T20 Trophy 2022: Indian team batsman Ambati Rayudu always remains in the discussion about something or the other. Currently, he is playing in the Syed Mushtaq Ali Trophy 2022 and came into the limelight due to his actions. Ambati Rayudu, who was captaining the Baroda team in this domestic tournament, lost his cool on the field and had a fierce tussle with the batsman.

In fact, during the match being played between Baroda and Saurashtra in this tournament, Ambati Rayudu clashed with Sheldon Jackson, the batsman of the opposing team, who was batting. After this, the umpires and the players had to intervene to end the fight, but even after Sheldon returned to the crease, Ambati Rayudu continued to argue with the umpires. According to the commentator, the fight started when Ambati Rayudu expressed displeasure over Jackson taking the time to prepare to face the delivery.

The incident happened in the 9th over of the match when Ambati Rayudu was fielding at mid-wicket. Rayudu started moving towards Sheldon Jackson while speaking and then both the players were moving towards each other. However, the umpire and other players came in the middle and separated the two, as well as the match could start after that. Let us tell you that in this match, Baroda’s team scored 175 runs for 4 wickets in 20 overs, but Saurashtra won the match by 4 wickets on the basis of 97 runs in 52 balls played by Samarth Vyas.

Rayudu Vs Sheldon Jackson verbal fight. After the incident happened Sheldon tried to swing every ball and played 4 dots in a Row and on the last ball he got bowled. classic example of Ego winning over class#AmbatiRayudu #sheldonjackson #SMAT2022 pic.twitter.com/xwHO14LqVE