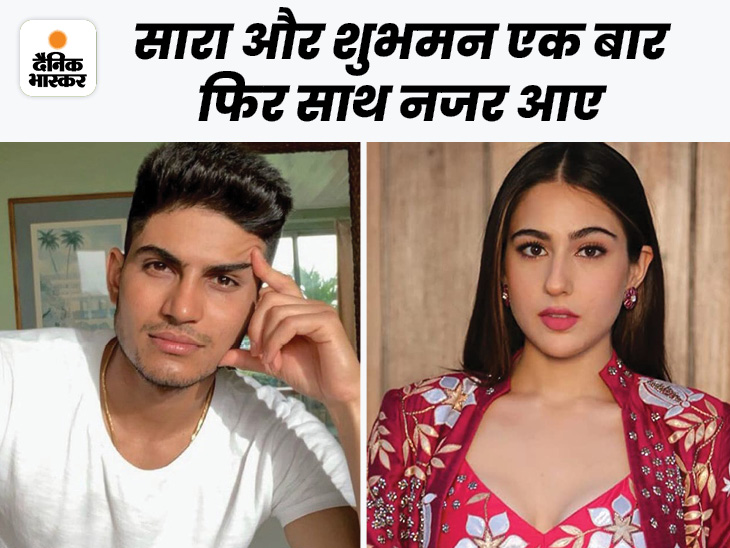 Bollywood actress Sara Ali Khan is in the news these days due to her closeness with cricketer Shubman Gill. These two were seen having dinner at a restaurant in Mumbai a few days back. Now recently some visuals have surfaced in which the two were once again seen together. Both were spotted outside a hotel in Delhi. Apart from this, they were also seen together in the flight from Delhi to Mumbai. Both were seen in casual look. As soon as these visuals went viral, there has been a flood of comments from fans on social media. Fans are talking about both of them being in a relationship.

Both were seen sitting together in the flight –

In the videos that have surfaced, it can be seen that Sara, dressed in a pink color dress, is seen taking selfies with some fans in the flight. Shubman is seen sitting on the seat next to Sara. Seeing the two together, a lot of funny reactions of social media users are coming out. Some users say that Shubman likes only girls named Sara. One user said “OMG they are dating.” At the same time, a user wrote – “What a dizzy.”

The fans of Sara and Shubman are now waiting for when they will make their dating official. By the way, some such things have not been made official from both of them, in which it can be said that both are in a firm relationship. Let us tell you that Sara Ali Khan has previously dated Karthik Aryan, while Shubman’s name has been associated with Sachin Tendulkar’s daughter Sara Tendulkar.

Talking about Sara’s upcoming projects, her next film will be with Vicky Kaushal. Apart from this, she will be seen in Gaslight with Vikrant Massey. Talking about Shubman, he is currently enjoying his holidays free from Team India.