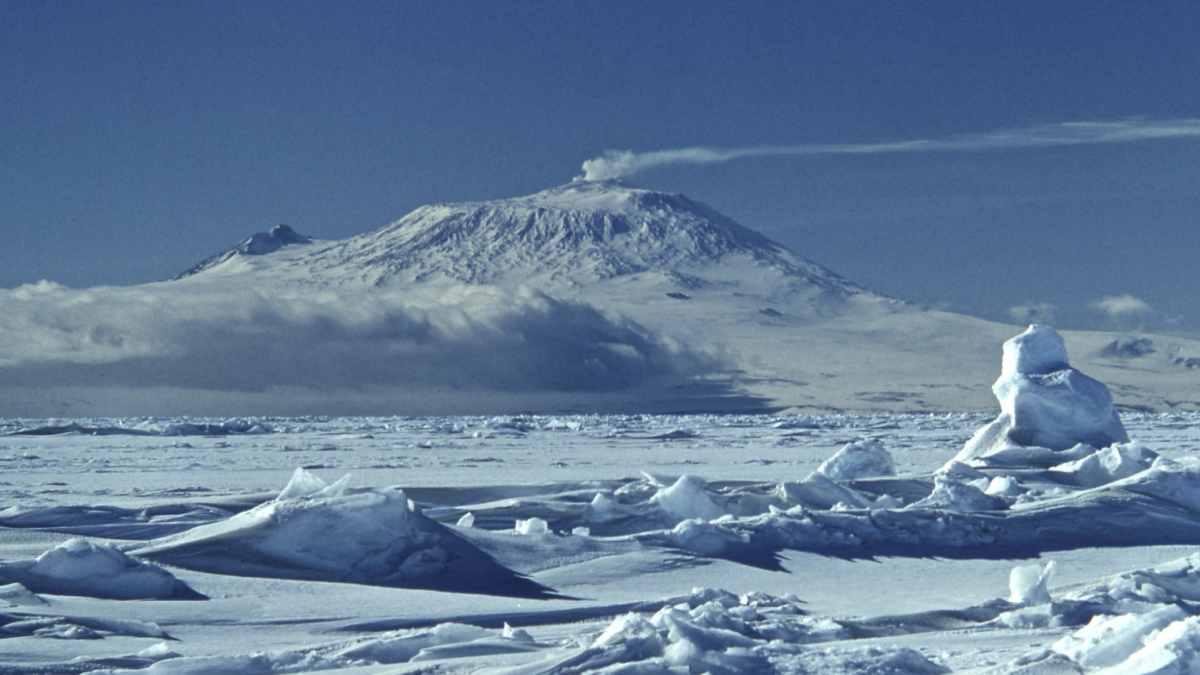 Volcanoes are all over the earth, even in the ice-covered Antarctica. At present, pictures of Mount Erebus, near the US research base at McMurdo in Antarctica, are attracting attention on social media. The reason is the steam rising from this volcano.

Mount Erebus is 3794 meters high, which is the highest active volcano in Antarctica. At present, this volcano is seen as a steam volcano. The picture is also surprising because this volcano with hot lava in itself is standing in the world’s most icy area.

Not only this, scientists have given another surprising information about this area. Scientists have discovered a river of salty groundwater extending more than a kilometer beneath an Antarctic ice stream, using seismic and magnetotelluric data.

Using only seismic data, geophysicist Chloe Gustafson of the US Geological Survey (USGS) and her team found that the sediment thickness was between 600 and 1300 meters across the region. Using magnetoteluric data, they extracted groundwater information inside the sediment. He found out how salty the water was. The water just above the sediment column is slightly saline. But as we go deeper, the salt content in the water increases.

The Whillans Subglacial Lake and the Whillans Grounding Zone are two magnetoteluric sites. The resistivity structures and water salinity are similar in both sites. The researchers said that based on the magnetotelurics of ground water across the region, we came to the conclusion that it was a regional ground water system. Using extrapolation, they calculated that the amount of deep ground water is greater than the magnitude of water present in shallow hydrological systems. This includes water stored in the form of subglacial lakes, channels and glaciers.

Volcanic #hazards occur all over the Earth, even in #Antarcticaas Martin Unsworth shows in this week’s #imaggeoOnMonday photo of steam rising from Mount Erebus near the American research base McMurdo.

According to scientists, about 7,000 to 5,000 years ago, when the ocean encroached on Antarctic land, seawater may have rapidly penetrated the sediments under the Villans Ice Stream. In fact, when West Antarctica had no ice and was covered by ocean, the deepest salt water would have been left behind. Potential marine sediments were initially deposited. The brackish water above the sediment column may be less saline because the fresh melt water at the base of the ice mixes into it.