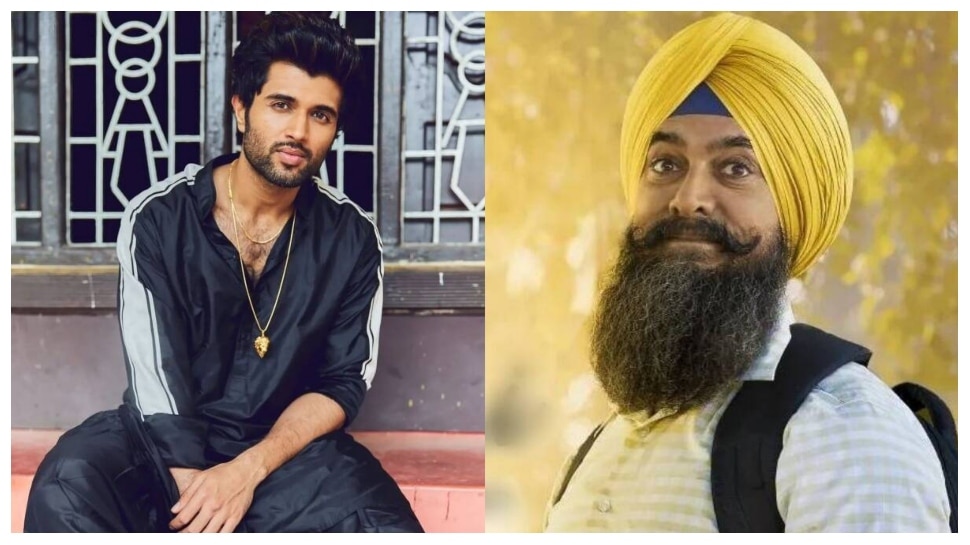 Vijay Deverakonda On Boycott Trend: South Superstar Vijay Deverakonda is promoting his upcoming movie Liger in which he will be seen romancing Ananya Panday. Well, after the bad luck of Bollywood films at the box office, people have high hopes from Vijay Deverakonda’s film. But during the promotion of his film, Vijay supported Aamir and his film ‘Lal Singh Chaddha’ and people could not digest this. Now there is a demand to boycott Liger on social media. We know that Aamir Khan’s film ‘Lal Singh Chaddha’ (#BoycottLaalSinghChaddha) had to face boycott on social media. Due to this, the film could not get a special response at the box office. Now there is a fear that something similar may not happen with Vijay and Ananya’s film as well.

In fact, while promoting his film ‘Liger’, Vijay Deverakonda, while talking on the boycott trend, said – ‘Many people work on a film apart from the director and the actor. 200-300 people work hard to make the film. One film gives employment to many people. When you boycott a film, it doesn’t just affect Aamir but thousands of people are affected. They lose their livelihood. Apart from this, Vijay further said- ‘Aamir sir drags people to theatres. Don’t know why the boycott is happening, but due to some misunderstanding you are affecting the economy of the country, not Aamir.

Now, people did not like these things of Vijay Deverakonda on social media. The hashtag BoycottLiger (#BoycottLiger) is trending on Twitter since this morning. Now the worrying thing is that like Aamir Khan’s film ‘Lal Singh Chaddha’, Vijay’s film should not have to face boycott in theaters. Well, the pair of Vijay Deverakonda and Ananya Pandey will be seen in ‘Liger’. Vijay is playing the role of a boxer in this movie. Apart from Vijay and Ananya, the film also stars Ramya Krishnan. Also Mike Tyson is doing a cameo in the film. The film is releasing in cinemas on August 25.

Previous 50MP Camera Smartphone: These are cheap – shining phones with durable cameras, are full of code and features
Next Fever pill Dolo-650 whose mention reached the Supreme Court, what is the whole matter