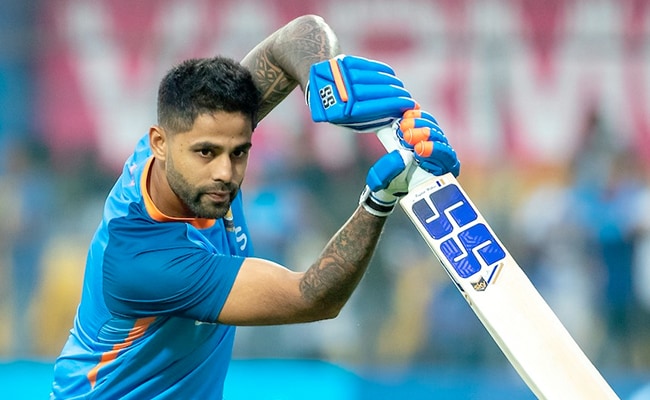 IND vs SA: The day is not far when Suryakumar will snatch the number one position from Rizwan

After the recently concluded Asia Cup and especially the series against South Africa, the competition of the number-1 batsman in the ICC T20 Ranking is going to be tough in the coming days. Suryakumar Yadav, who scored fifty in the first two matches of the series, has got the reward of performance. And one thing is clear that in the next few days, the competition between him and Mohammad Rizwan for number-1 is going to be very fierce.

Team India 2.0 has the challenge to prove itself, how will the playing XI?

MS Dhoni returned to his old look to make India win the T20 World Cup again, watch this funny video of him

Suryakumar was the highest run-scorer for Barat in the series that ended. He played 3 matches at an average of 59.50 and straws of 195.08. Scored 119 runs at the rate. The result was that Suryakumar brought himself only 16 points away from Rizwan.

Rizwan was also the highest run-scorer (316) in the seven-match series against England that ended. But when Rizwan was rested from the sixth match, the result was that Rizwan could not widen the gap between himself and Suryakumar with the loss of one match.

However, now this war has become so hard between the two. The truth is that if Yadav had played another big innings against South Africa, he could have snatched the number one spot from Rizwan, but now the real fight between these two will now be on October 23. And the batsman who will play a big innings in this important match between India and Pakistan, his chances of becoming the number one batsman will be more.

* Big blow to India in Commonwealth Games, wrestling and archery removed from CWG 2026 to be held in Australia

Previous Mother, daughter, husband, father… this family won the most Nobel Prize
Next India refrained from voting on the draft resolution to discuss the human rights situation in Jinjiang province