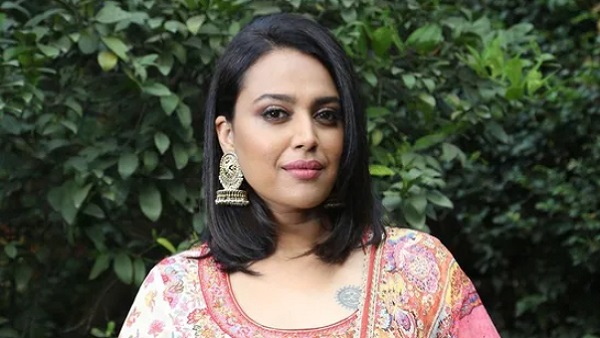 On February 14, 2022, Swara Bhaskar tweeted, “Draupadi’s clothes were forcibly removed in Mahabharata.. and the responsible, powerful, law makers sitting in the assembly kept watching.. just remembered today.” But a video went viral in which girls wearing hijab were asked to remove the hijab before entering their school.

‘This is actually Swara Bhaskar…’

On this tweet of Swara Bhaskar, a user wrote- ‘Draupadi’s clothes were forcibly removed, but you took off your clothes yourself?’

On the other hand, another user took a screenshot of her from an event where Swara was asked about her short dress. He wrote in another tweet, ‘This is actually Swara Bhaskar…’

Swara told the trollers- Yes I am this ..

Swara retorted to the trollers and wrote, “Yes, this is me… I am watching the bomb, not me.” Thank you! I am too beautiful to share this picture of me and remind the world of this. And yes, I advocate women’s right to choose clothes.. You know the ‘choice’ – no one you let it be.

Also read- Who is Bappi Lahiri’s son Bappa Lahiri, without whom the last rites were not being performed

Swara Bhaskar said in another tweet, “Good afternoon Tweeple! Here is a sample RW tweet, which includes his complete failure to understand the concept of associations and likes. It was a failed attempt to brainwash his pathetic slut-shaming, and by quoting Urdu poets. Enjoy you guys.”

Know What is Hijab Controversy?

The hijab controversy at a pre-university college in Karnataka has become a topic of discussion across the country. Muslim girls have challenged the Karnataka government’s February 5 order banning students from wearing such clothes which can disturb peace, harmony and law and order. Celebs like Javed Akhtar, Kangana Ranaut, Shabana Azmi, Ellie Goni, Kamal Haasan, Neeraj Ghaywan and others have also shared their views on the issue of hijab controversy on Twitter on several occasions.