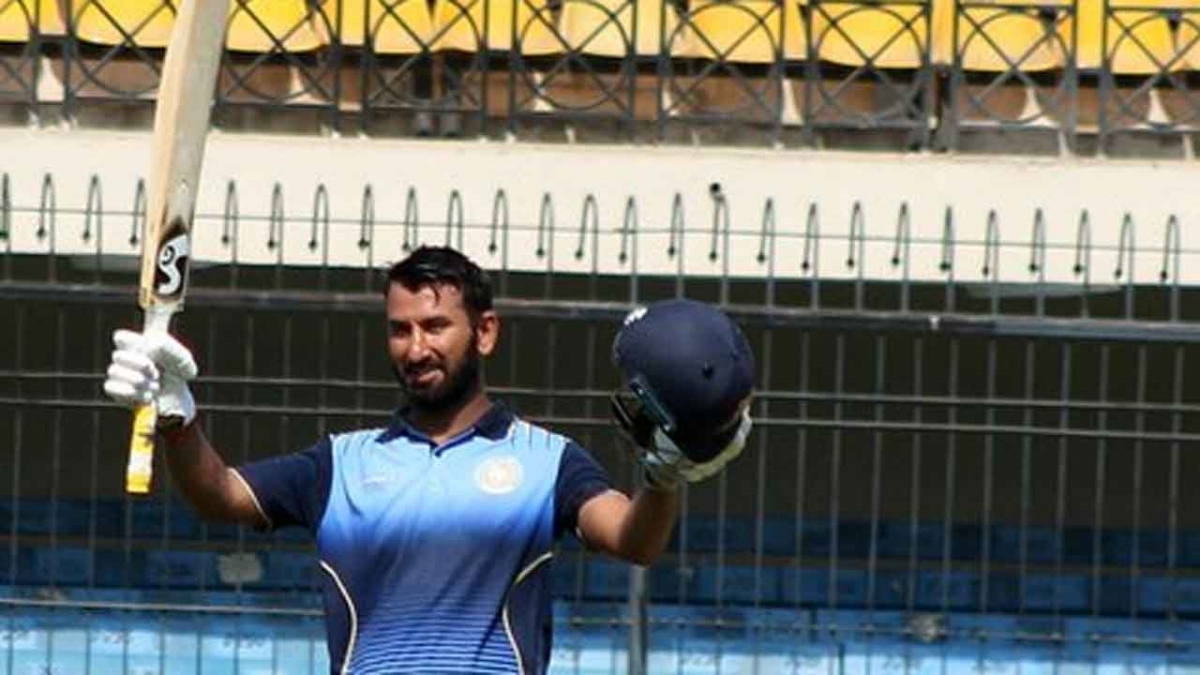 Syed Mushtaq Ali Trophy Cheteshwar PujaraCheteshwar Pujara, popularly known as the new wall of India in Test cricket, has appeared in a new avatar. Pujara, who scored a century and half-century in the County Championship held in England, is now creating panic on Indian soil in the shortest format of the game. Surya and Pandya will also clench their fingers after seeing the speed at which they scored in a Syed Mushtaq Ali Trophy Elite Group D match.

Cheteshwar Pujara, best known as a Test batsman opening for Saurashtra in the Syed Mushtaq Ali Trophy, played a scintillating innings against Nagaland. He played a blistering half-century innings of 62 runs in 35 balls. Pujara touched the 50-run mark in just 27 balls during this innings. Pujara rained a lot of fours and sixes in his innings. He also hit 2 sixes with 9 fours while batting at a strike rate of 177.14 in his innings.

Pujara made a century partnership with Vyas

Nagaland won the toss in this match and invited Saurashtra to bat first. Although the first wicket fell in the second over itself, opener Pujara, along with Samarth Vyas, carried the innings forward at a tremendous pace. These two batsmen put up a 124-run partnership for the second wicket to take Saurashtra to a score of 203 runs for five wickets. Vyas scored the highest 97 runs in 51 balls. He hit seven fours and as many sixes in his innings and was not out till the end.

Chasing this target, Nagaland lost wickets at frequent intervals, due to which the team could only manage 106 runs for five wickets in the stipulated 20 overs. Saurashtra beat Nagaland by 97 runs in a Group D match of the Syed Mushtaq Ali T20 Trophy.

Previous Open this government business in your home and earn 80 thousand rupees per month, the process of installing ATM
Next Those whose budget is a little more, they are buying this powerful car of Mahindra, people roam around and watch