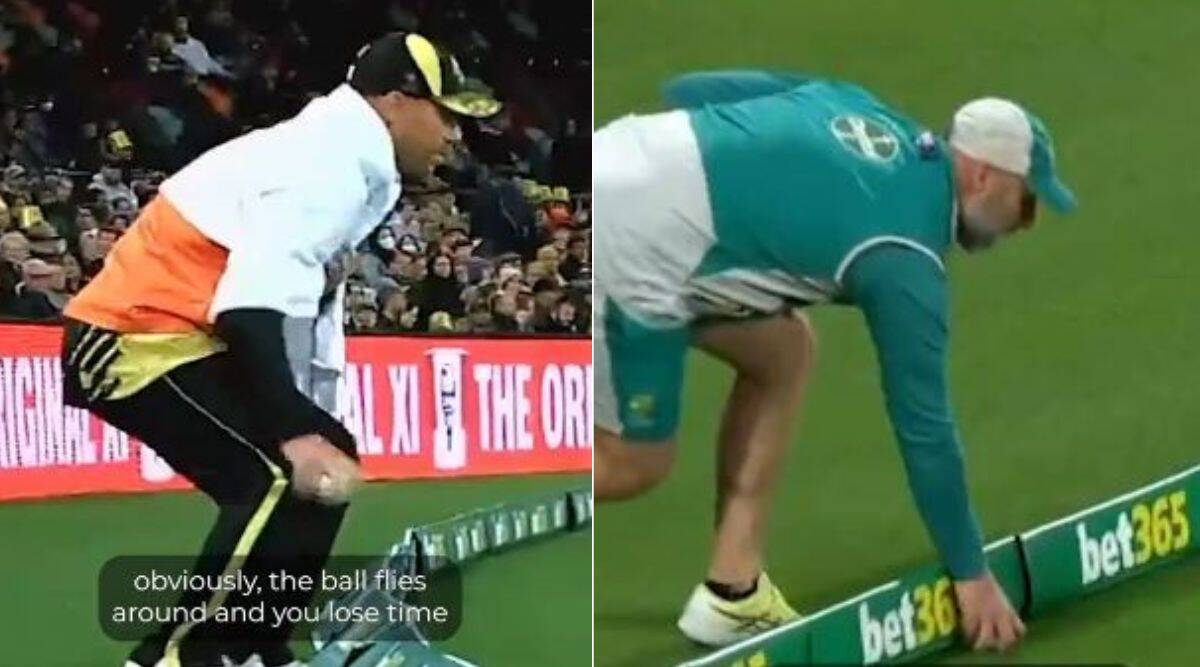 T20 World Cup 2022: Slow over rate in T20 cricket can overwhelm any team. The International Cricket Council (ICC) introduced a rule earlier this year that if the innings is not finished within the stipulated time, the bowling team must keep one more fielder in the infield for the remaining overs. This was seen in the league match between India and Pakistan in the Asia Cup. Both the teams bowled at a slow over rate, but it cost the Pakistan team a lot.

Ball boy made to players out of playing 11

To avoid its brunt in the T20 World Cup, hosts Australia have come up with a new jugaad. The Kangaroo team is using the players not included in the playing 11 as ball boys. These players throw the ball inside the field after hitting the boundary. This saves time, especially when powerplay is on. David Warner was also seen in this role.

Explaining Australia’s strategy, all-rounder Ashton Agar said in a video, “The ball goes out a lot in the powerplay and you lose time because the players have to get the ball. So it is difficult to manage time. So I think deploying the players on the bench outside the boundary would save at least 10 seconds. I think it’s normal to do that in the powerplays.”

In T20 cricket, the slow over rate penalty was first used in the T20 match between West Indies and Ireland on 16 January 2022. According to ICC rules, “In accordance with Article 2.22 of the ICC Code of Conduct, players are fined 20 per cent of their match fees for slow over rates.” From October 1, the rule of keeping one player more in the 30-yard circle in the infield has come into force if the innings is not finished on time in ODI cricket.

Previous Redmi A1+ sale will start in India from today, know what will be the price
Next Buy iPhone 14 Pro Max 35,000 Cheaper, Not Flipkart, Deal Final Here – iPhone 14 Pro Max price drop 35 thousand buy from flipkart