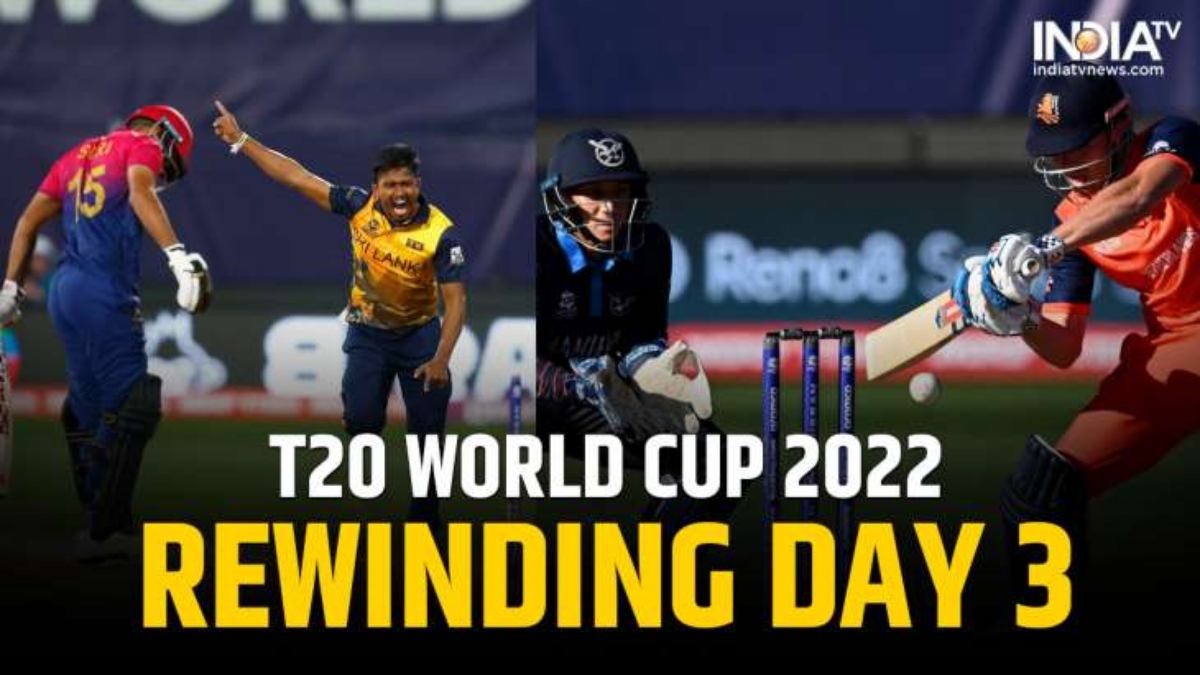 T20 World Cup 2022: No team is going to get anything easily in the ICC T20 World Cup being played in Australia. There is a fierce tug of war going on for a place here. Namibia made a big upset by defeating Sri Lanka on the first day of the first round. Since then the race to qualify for the Super 12 stage has become more difficult than ever. The Netherlands is the only team that has come closest to qualifying after winning two matches in a row, while the future of the rest of the teams still seems to be hanging in the balance.

Match No. 5: Namibia vs Netherlands

Namibia and the Netherlands both faced each other after winning their previous match. Both the teams looked ready for another win. Namibia captain Gerhard Erasmus won the toss and elected to bat. Michael van Lingen opens the innings for Namibia with Devan La Kock. Lingnan scored 20 runs in 19 balls at a very slow pace, but La Cock returned to the pavilion without opening the account. Namibia’s 3 wickets had fallen for just 32 runs in the powerplay. Like La Cock, Lofty-Eaton was also dismissed on 2 balls without opening the spun. Jane Frylink scored 43 runs in 48 balls and took Namibia’s score to 121. The score was not big but the Netherlands chased down the target with a strategy to keep the wicket in hand. Max Odd and Vikramjit Singh opened the innings for them and the duo put on a strong 59-run partnership in 8.2 overs. By the end of 16 overs, Netherlands reached 101 Kan for the loss of 3 wickets. Netherlands chased down the target with 3 balls to spare.

The two losing teams, Sri Lanka and UAE, faced each other in the second match of the third day of the T20 World Cup. Sri Lanka lost to Namibia in the first match, while the UAE had to face defeat against the Netherlands. UAE won the toss and decided to bowl first. Pathum Nisanka opens the innings with Kusal Mendis. Nisanka scored 74 off 60 balls, while Kusal Mendis fell victim to Aryan Lakra on a personal score of 18. Dhananjay de Silva scored 33 runs in 21 balls but apart from him none of the Lankan batsmen could touch the two-figure mark. As a result, the target of 154 runs came in front of the UAE. UAE started chasing the score very badly. Within the powerplay, 4 of his batsmen returned to the pavilion after scoring just 21 runs. The entire UAE team was all out for just 73 runs in 17.3 overs.

Previous Apple increased the price of iPad Air M1 only after the launch of iPad Pro M2, know the new price
Next Seven rounds will be taken in December, destination wedding will be held in the 450 year old fort of Jaipur. Preparations for the wedding of actress Hansika Motwani started