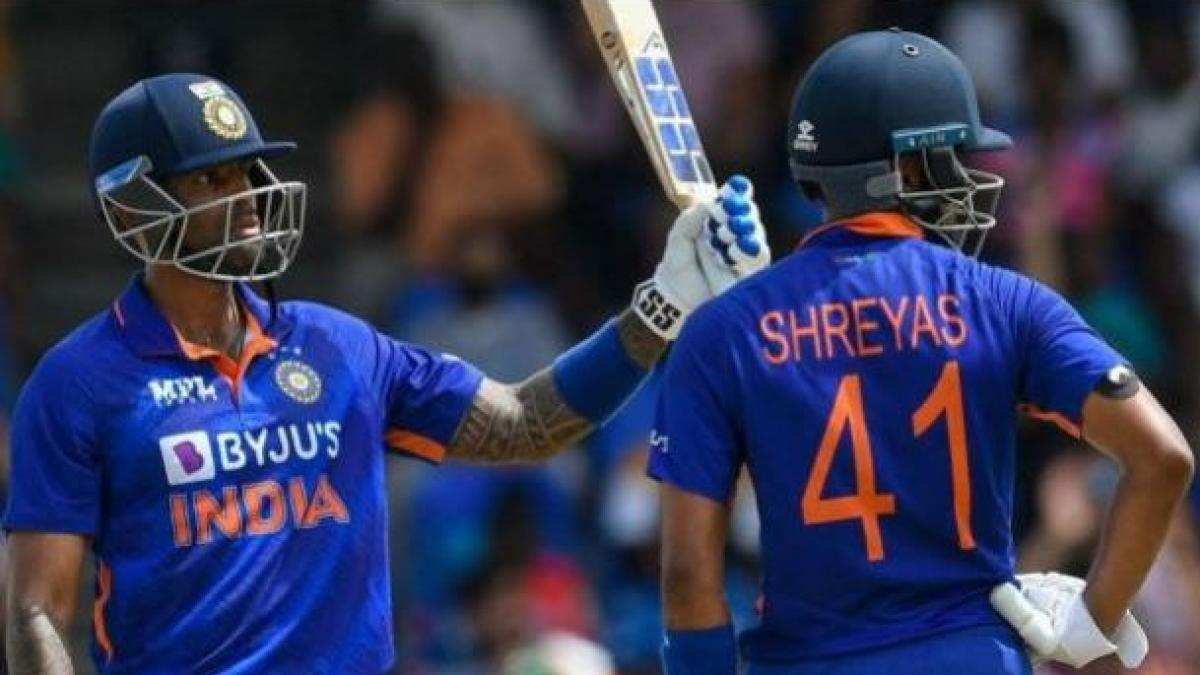 The Indian cricket team tried many players at number-4 in limited overs cricket since the retirement of Yuvraj Singh, but things did not work out. It is said that the batsmen playing at number-4 have to keep themselves ready for every situation. The batsman who has more ability to handle the pressure, he is more successful at number 4. After trying all the players at number-4, now India has started seeing a ray of hope. In ODI cricket, where Shreyas Iyer is playing banging fairies at number-4, Suryakumar Yadav has emerged as the biggest match winner in T20 International.

Talking about Shreyas Iyer, he scored a century in the second ODI against South Africa and proved that he is not called the future of Team India. Shreyas Iyer is the first Indian cricketer to score an ODI century against South Africa by landing at No. Shreyas Iyer is the only ODI player of the present time, despite having more than thousand ODI runs to his name, has an average of more than 48 and a 98 plus strike rate. Such strike rate and average among retired players has been only that of AB de Villiers.

Shreyas Iyer has so far scored 1299 runs in 33 One Day Internationals at an average of 48.11. In the year 2022, Iyer has scored 486 runs in 11 matches at an average of 60.75. This shows that Shreyas is in excellent touch and has established himself at No.4 in One Day Internationals. Shreyas Iyer’s brilliant performance is going to provide relief to Team India’s Mission World Cup 2023. Some people have now started comparing Shreyas Iyer with Yuvraj Singh at No.

India has won two World Cups since 2007, one ODI and one T20 World Cup. In both the tournaments, Yuvraj Singh gave match-winning performances for India. Yuvi’s specialty was his explosive batting at number-4. After his departure, India tried many players at number-4 but things did not work out. But now Shreyas Iyer and Suryakumar Yadav have solved the problem of No.

Suryakumar has played well in pressure matches playing for Mumbai Indians in the past as well. He is known for controlling pressure better in domestic cricket as well. Now Surya remains a troubleshooter for Team India as well. Talking about the T20 International matches played in the year 2022, Surya Kumar Yadav has scored 801 runs in 23 innings. During this, his average is 40.05 and strike rate is 184.56. Surya Kumar Yadav has also scored seven fifties in these 23 innings, which is the most fifties scored by an Indian batsman this year. Also, Suryakumar Yadav has the most number of 51 sixes in T20 Internationals this year.

Who will get a chance in test matches?

After the departure of form Ajinkya Rahane from the Test team, the place of No. 5 is now open for new players. Last year, Shreyas Iyer scored a brilliant century on his debut in the Test match played between India and New Zealand in Kanpur. In the 5 Test matches played so far, Shreyas Iyer has scored 422 runs at an average of 46.88, including 1 century and 3 half-centuries. Suryakumar Yadav has not yet made his Test debut. Looking at Shreyas Iyer’s recent performance, he has the upper hand in Test matches.