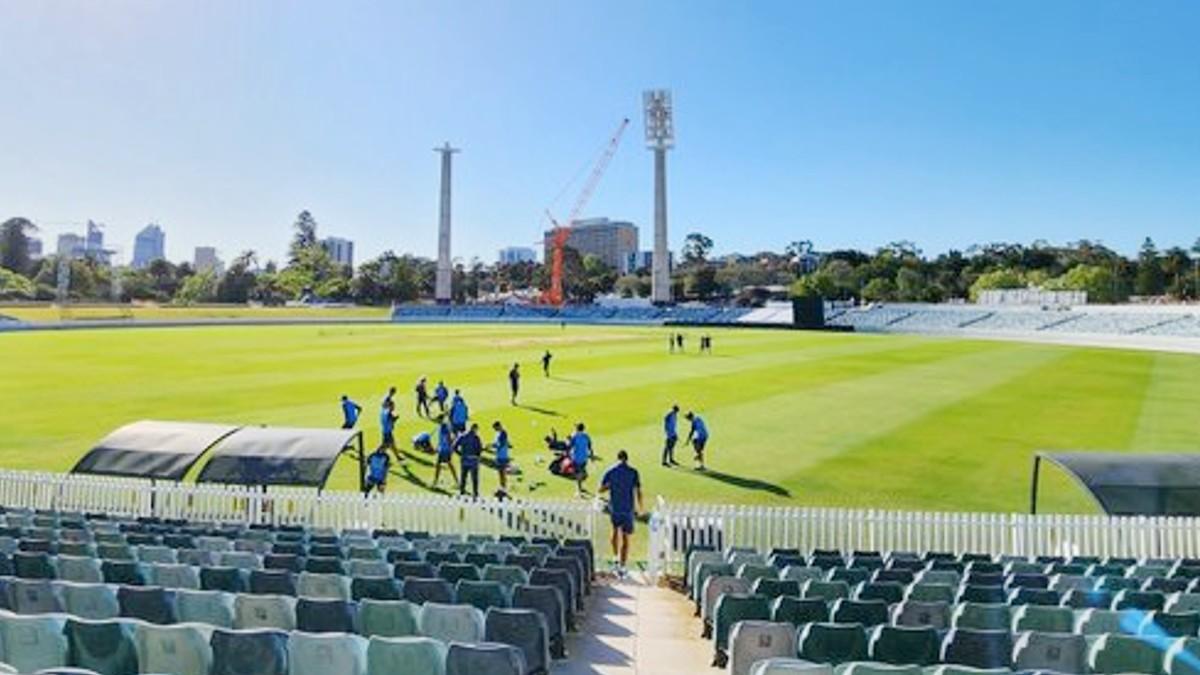 Team India Practice T20 World Cup: The Indian cricket team has started the T20 World Cup to be held after two weeks. With the arrival in Perth, the Indian team has also started its first training session. The Board of Control for Cricket in India (BCCI) has given this information itself.

The Cricket Board of India has welcomed the fans to the stadium in Perth by sharing a photo on Twitter. BCCI wrote in the post, ‘Hello, welcome to the Western Australian Cricket Association (WACA) Stadium in Perth.’ Let us tell you that the Indian team has reached Perth a day before.

The BCCI further wrote, ‘Team India has reached here (WACA) for its first training session.’ The Indian board has also shared the photo of the WACA stadium. In this photo all the Indian players are seen in the field for training. The Indian team also has to play two practice matches here. Both these matches have been arranged by the BCCI itself.

India’s first match is with Pakistan on 23 October, but the team has reached Australia a few days ago to get used to the atmosphere there. Team India will play a total of 4 warm-up matches before their first official match in Australia, in which two will be ICC warm-up matches, while the remaining two are arranged by the BCCI itself, which will be played against Western Australia.

Hello and welcome to WACA #TeamIndia are here for their first training session. pic.twitter.com/U79rpi9u0d

Team India is troubled by injury

Let us tell you that concerns have been raised due to injury before the Indian team’s World Cup. Jasprit Bumrah has been ruled out of the World Cup due to a back injury. Deepak Hooda is also not fully fit, while Arshdeep Singh too could not play the third T20 match against South Africa due to back pain.

Team India has not yet decided the replacement of Jasprit Bumrah. It is believed that either Mohammed Shami, Mohammad Siraj, Deepak Chahar or Umran Malik can be included in the squad as a replacement.