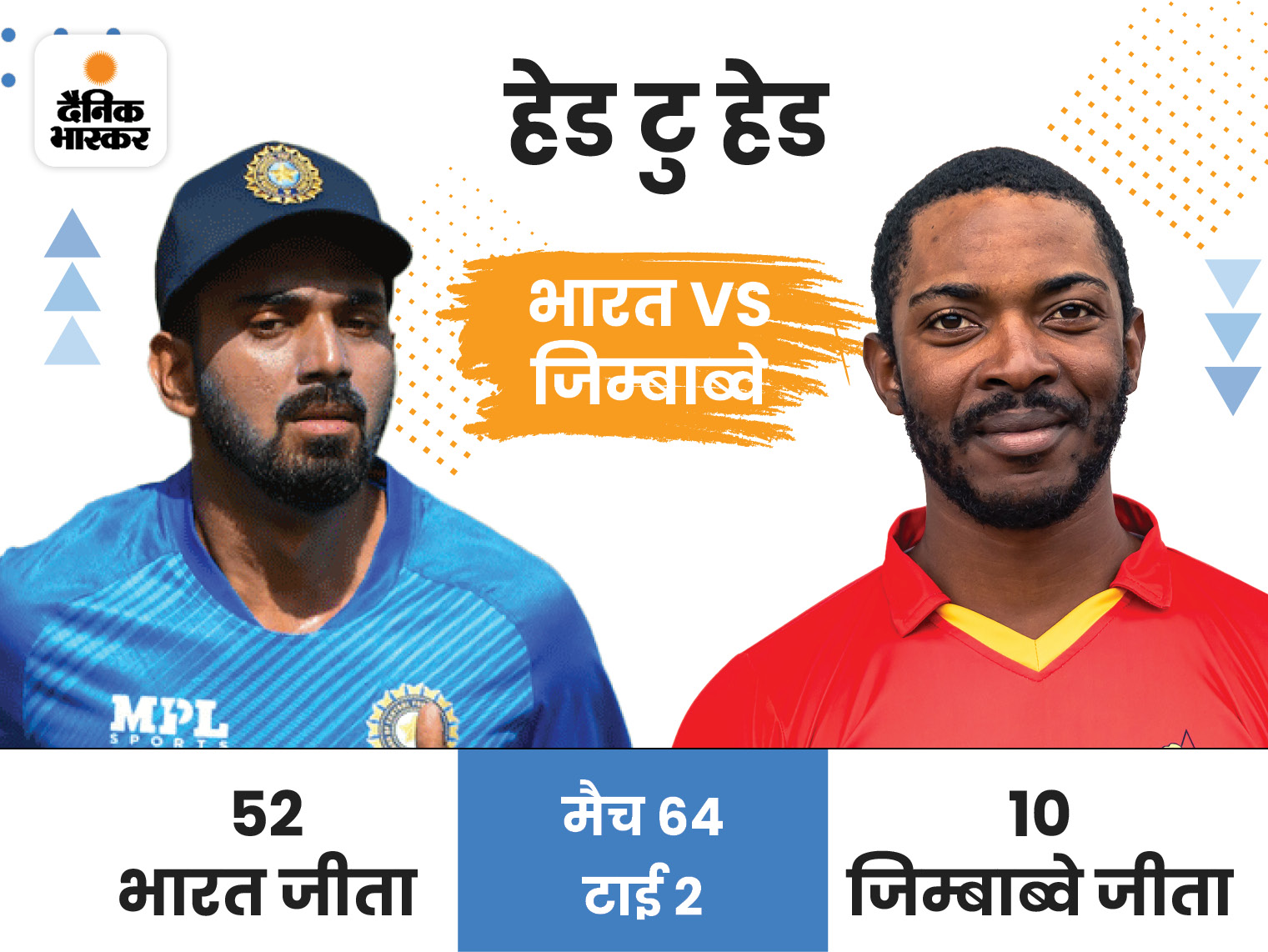 The second match of the three-match ODI series between India and Zimbabwe is being played at Harare Sports Club. Team India captain KL Rahul has won the toss and decided to bowl first. Deepak Chahar, who was the player of the match in the first ODI, is not playing today’s match. In his place, Shardul Thakur has been given a chance.

Playing XI of both the teams-

Click here to watch the live score of the match…

Team India has not lost ODI series since 1997
If Team India wins this match then it will win 7th consecutive series against ZIM. The last time Zimbabwe defeated India in an ODI series was in 1997. After this, India has won the ODI series played between the two teams in 1998, 2000, 2002, 2013, 2015 and 2016. In the first ODI match, Team India won the match by 10 wickets. Shikhar Dhawan and KL Rahul added 192 runs for the first wicket.

In the first match, Deepak Chahar took 3 wickets while bowling brilliantly. He also became the player of the match.

How is the pitch of Harare Stadium
The pitch at Harare Stadium is generally helpful for the batsmen. Initially, the new ball is likely to help the fast bowlers a bit. Also, due to good spin bowling, the advantage can also be taken. The average score in the second ODI can be around 280-290 runs. A total of 17 ODIs have been played between India and Zimbabwe at Harare Sports Club. During this, India has won 15 matches and Zimbabwe has won 2 matches.

The weather is likely to remain clear in Harare on Saturday. There is no chance of rain during the match. As the match progresses, the heat will intensify.

Team India would not like to make any changes in the playing XI in the second ODI. All their focus will be on winning the series.

Previous Your iPhone may be hacked, update soon
Next Kareena Kapoor Khan made people crazy with her bold acts, watch video