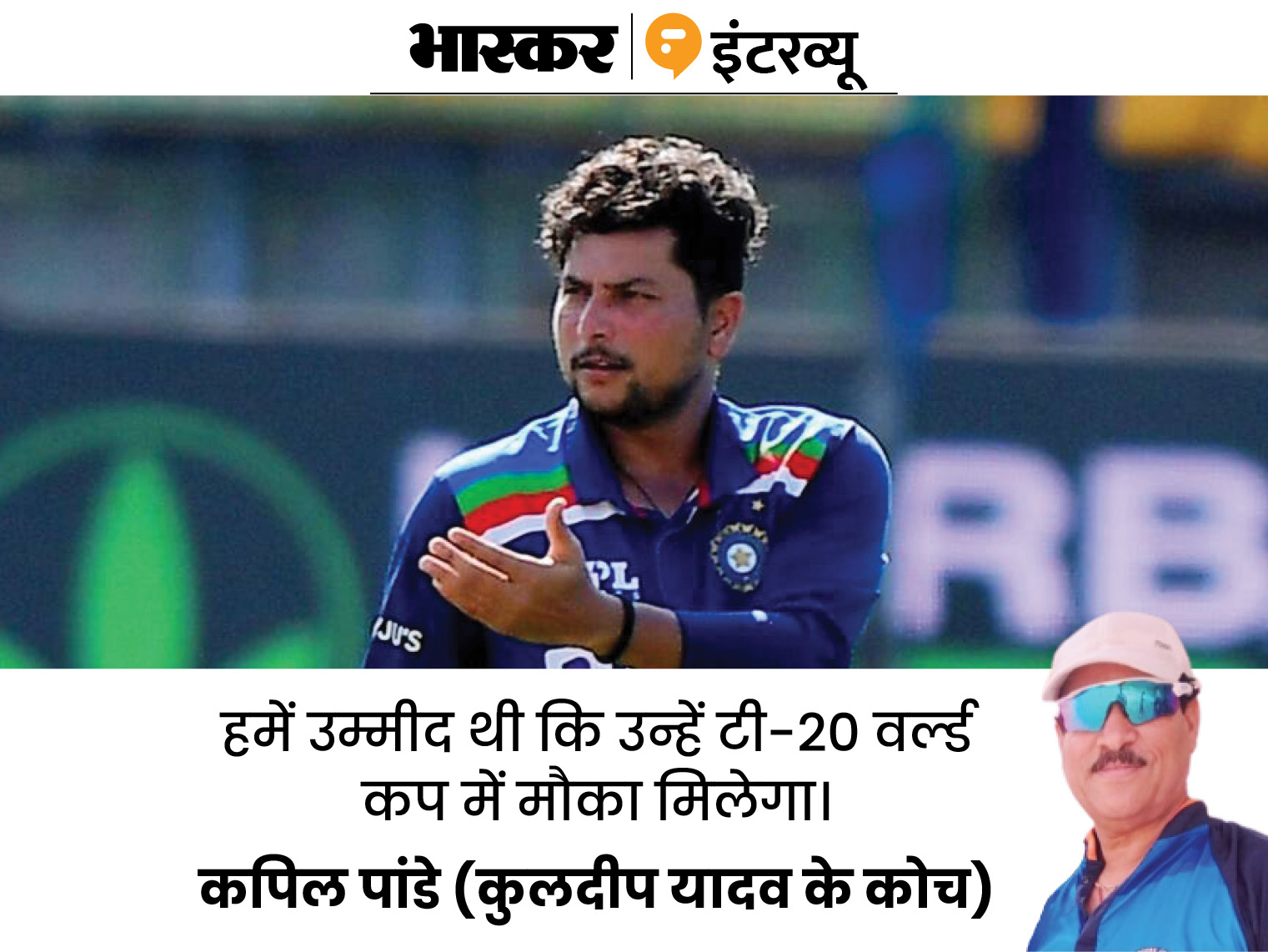 Kuldeep Yadav caught the South African batsmen in the net of his spin at the Feroz Shah Stadium in Delhi. In the last ODI match held on Tuesday, Kuldeep took 4 wickets for 18 runs in 4.1 overs while bowling brilliantly. Kuldeep took 6 wickets in three matches of this series at an economy rate of 5.

Kuldeep proved that a good player may lose his luster for some time, but he definitely makes a comeback on the strength of talent. This performance of Kuldeep has not come like this. For this, he practiced fiercely with his coach Kapil Pandey and also played in local matches, so that he could regain his form before the India-South Africa ODI series.

Question – Kuldeep Yadav’s performance has been consistently good since his return. How did he make up for the lost rhythm?
answer- Kuldeep has been performing consistently since the IPL. He also took 21 wickets in IPL, but unfortunately he got injured. Due to which he did not get a chance to play in the series that followed. He also went to NCA for rehab.

After returning from there, we decided that there is no match yet, still we should work on the line-length. You must have noticed that he was constantly bowling short balls. In such a situation, during the practice, he kept the ball up continuously. We focused more on the line-length.

For this, we first made him practice spot bowling. In this technique, the bowler has to hit the ball at a certain place without the batsman. After that we bowled with the batsman. In order for him to gain confidence and come to know about the shortcomings during the match, we constantly fed him in local matches. This benefited them. When you play a match, you bowl openly, whereas bowling over the net does not reveal what you are doing.

Kuldeep Yadav has not got a place in Team India in T20 World Cup.

Question- Kuldeep is not a part of T20 World Cup, what would you say about his future?
Answer- We hoped that he would get a chance in the T20 World Cup, because his performance there was better, but according to the team, he might not be able to fit in T20. I told him not to give up hope. Can be called into the team at any time.

I agree that of course he has not got a chance in T20 yet, but he will definitely get a chance in the ODI World Cup to be held in India next year. In such a situation, we should prepare keeping them in mind. I told him that cricket is not a one day game, so keep practicing and work on your shortcomings and focus on fitness. Even before the IPL, he had suffered a knee injury. After that he had a hand injury.

Question- Fitness is a big problem for bowlers nowadays. You also mentioned that Kuldeep was getting injured. So how did you work on fitness?
Answer- He worked hard during his rehab under the guidance of a fitness trainer at the National Cricket Academy. When he returned after rehab, first we trained him with a tennis ball and then we made him practice with a leather ball. At the same time, before this match, we constantly got him speed running, so that he can pass the yo-yo test.

Emphasis on continuously improving performance
At the same time, in the press conference held after winning the India-South Africa ODI series at the Arun Jaitley Stadium in Delhi, Kuldeep Yadav answered questions related to his form and T20 World Cup. Regarding not being selected in the T20 World Cup team, Kuldeep said that he is not disappointed at all. He is currently concentrating on his performance and especially on pace. Kuldeep says that he is lucky that he is getting opportunities to play matches continuously. By playing the match, the player keeps knowing his shortcomings, but this is not possible in net practice. Kuldeep also admitted that at the moment he is happy with his performance and is constantly working on improving his bowling.