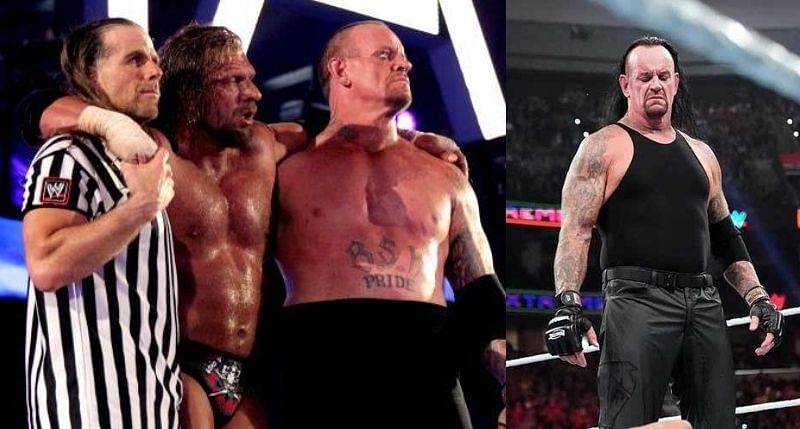 WWE has a long history that has been entertaining pro wrestling fans over the past several decades. In this, great wrestlers like Hulk Hogan, Bruno Sammartino, Ric Flair and Bret Hart have worked.

One of these names was The Undertaker, who made his debut in this promotion in the 1990 Survivor Series. Although he has retired in the 2020 Survivor Series, he has made many achievements in his 30-year long WWE career.

He has recently been confirmed to be inducted into the WWE Hall of Fame this year, which is another major milestone in the Undertaker’s legendary career. Keeping in mind his historical career, in this article we will tell you about the 4 most memorable incidents of Undertaker’s career.

#) The historic streak at WWE WrestleMania 30 comes to an end

The Undertaker won his first WrestleMania match in 1991. After that, he continued to be a part of the biggest shows of the year regularly and slowly this streak was becoming the center of attraction for everyone. After winning with CM Punk at WrestleMania 29, his streak was 21 matches.

The next year i.e. at WrestleMania 30, he faced Brock Lesnar. The Dad Man and The Beast had come face to face several times before that, but this fight was special because they were facing each other for the first time in the WrestleMania ring.

The match saw a fierce struggle between them for more than 25 minutes, but as soon as Lesnar pinned The Undertaker and then the entire Pro Wrestling Universe was shocked as soon as the 3 count was completed. Let us remind you that earlier in 2011, Lesnar had refused to break Undertaker’s streak and many veterans had refused to break this streak, but it was finally finalized after going to WrestleMania 30.

Previous How to Check if someone else is using your gmail account
Next Akai Fire Tv 4k Ultra Hd Smart Tv Price And Features : Entertainment at home! Akai 4K Ultra HD Smart TV launched, know what is the price in your budget