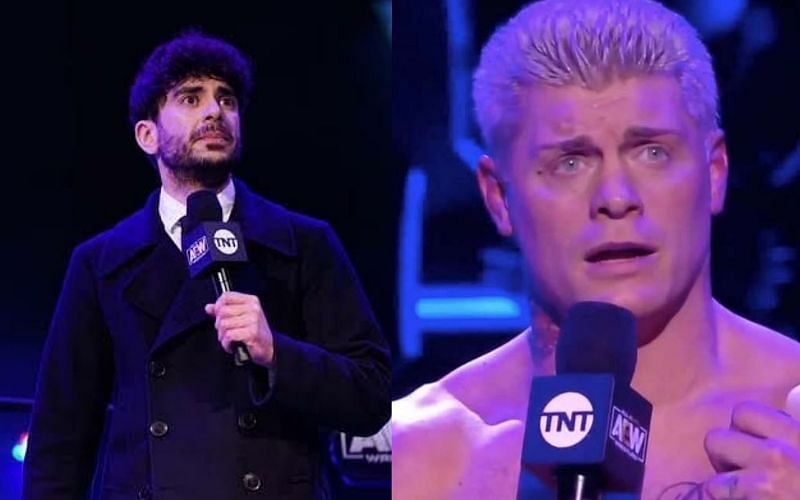 The biggest legend said goodbye to AEW, will be a bang entry in WWE soon?

Cody Rhodes, who contributed significantly to making AEW one of the top pro wrestling promotions in the world, has decided to leave the company. It has been officially confirmed that Cody and his wife Brandi Rhodes have left AEW.

Cody was the Executive Vice President of AEW, while Brandi was the company’s Chief Branding Officer. Now questions are being raised that what steps can they take going forward. AEW President Tony Khan himself has confirmed that Cody and Brandi have abandoned their promotion.

While it is difficult to say for now what will be the next steps for Cody and Brandi regarding their future, the news of their return to WWE is also gaining momentum. Cody fought several memorable matches promoting Tony Khan and it is undeniable that he was instrumental in making AEW the second largest pro wrestling promotion in North-America.

Cody Rhodes is a 3-time TNT Champion in AEW

Cody Rhodes’ journey to the top of AEW came to a halt when he lost to Chris Jericho at Full Gear 2019. The stipulation in that match was that if Cody was defeated, he would never be able to challenge for the AEW World Championship in his career.

But in 2020 the AEW TNT Championship belt was unveiled and Cody became the first wrestler in history to win it. He achieved this feat by defeating Lance Archer in Double or Nothing 2020. After that, in the month of August of the same year, Brody Lee defeated him to become the new champion. A few weeks later, Cody became champion again, but lost the title to Darby Allin at Full Gear 2020. He was being heavily booed at the time and last won the TNT Championship at Rampage’s Christmas Special Edition “Holiday Bash”, but lost the championship to Sammy Guevara in January this year. It was also Cody’s last match in AEW.