Mumbai. These days the emphasis of weddings is going on in the entertainment industry. One after the other celebs are getting married. Recently Farhan Akhtar-Shibani Dandekar and Vikrant Massey-Sheetal Thakur tied the knot. Now Jai Anmol Ambani, the elder son of businessman Anil Ambani and Tina Ambani, is going to tie the knot with his girlfriend Krisha Shah. According to the news coming out, both of them will get married today i.e. on Sunday, February 20. The celebration of their marriage started with a sundowner party. The couple’s Mehndi Ceremony was organized on the previous day, whose photos are becoming very viral on social media. Photos of the now-to-be bride Krisha Shah’s Haldi and Chuda Ceremony also surfaced. This ceremony took place last night. See below photos of Haldi-Chuda Ceremony of Jai Amol Ambani and Krisha Shah … 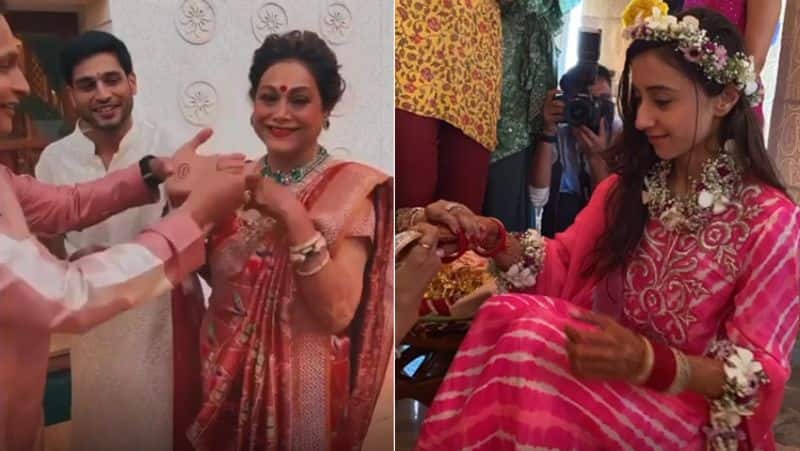 After sundowner party and Mehndi ceremony, Haldi ceremony was organized on Saturday. Krisha Shah’s sister Nriti Shah has shared many videos related to the bride’s Haldi ceremony on her Insta story. 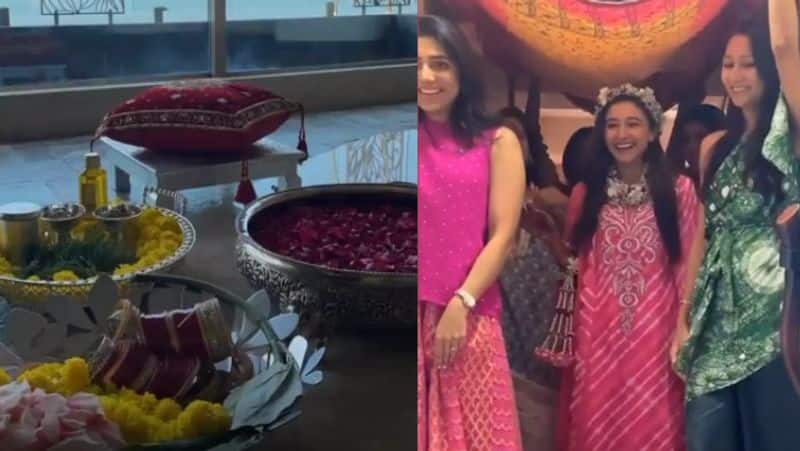 It can be seen in the photos and videos that Tina Ambani’s daughter-in-law Krisha Shah is looking very beautiful in a pink outfit. 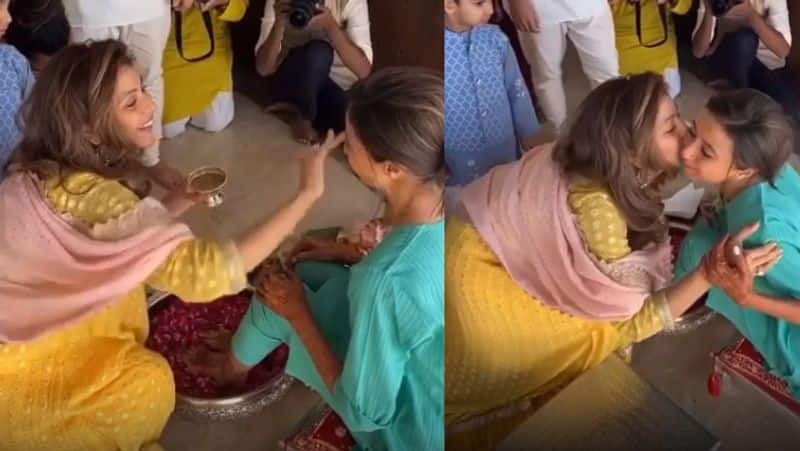 Photos of the Haldi ceremony of Krisha Shah, to be of Ambani family, are going viral. It can be seen in these photos that Krisha’s sister is applying turmeric to her. During Haldi Ceremony, Krisha is looking very simple in sky blue color kurta-pyjama. He had tied his hair tight. During this she was looking very happy. Amol Ambani of Haldi Ceremony looked very excited. His friends applied turmeric to Amol fiercely and everyone had a lot of fun too. Jaya Bachchan also appeared with her daughter Shweta Bachchan at the pre-wedding function of Tina Ambani’s son Amol’s wedding. During this, she looked very beautiful in a dark pink dress. Let us tell you that Krisha Shah is running a mental health awareness campaign named lovenotfear, which is based on the psychological changes post corona. She is the creator and founder of the organization named Dysco. 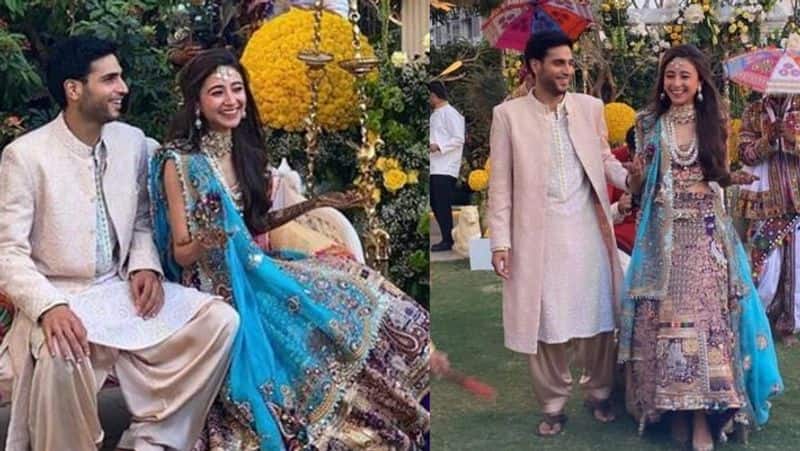