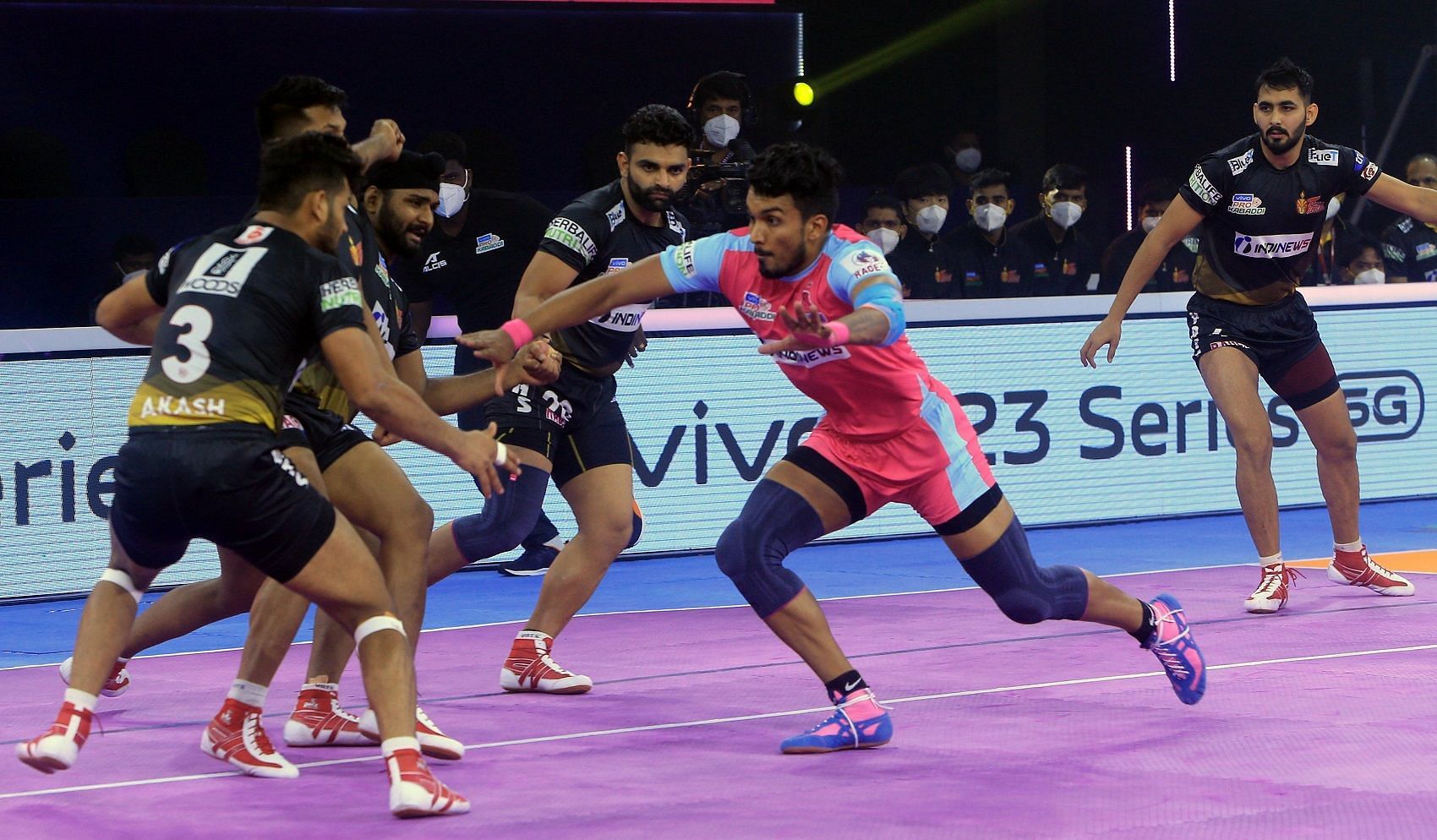 The victory of Jaipur Pink Panthers has put Bengaluru Bulls, U Mumba and Gujarat Giants in danger. They have to win the remaining matches by a good margin if they want to reach the playoffs. Apart from this, the battle for the playoffs has become much more interesting now.

Jaipur Pink Panthers took a 23-11 lead after the first half. Initially, Telugu Titans tried to dominate the Jaipur Pink Panthers, but Jaipur counterattacked brilliantly and they all-out Telugu Titans for the first time in the 14th minute. From here Ankit Beniwal definitely tried to bring his team back in the match by putting a super raid (3 touch points). However, Arjun Deshwal also increased his team’s lead by putting a super raid (3 touch points) and due to this, the team of Jaipur once again came close to all-out Telugu Titans. Arjun Deshwal scored the maximum 8 points in the first half.

However, Amir Hossain saved his team from being all-out while scoring points in successive raids. Eventually, in the 27th minute, Telugu Titans got Jaipur Pink Panthers all-out for the first time. He only worked to reduce the difference in points, but it did not make much difference.

In this match, Arjun Deshwal scored the maximum 14 raid points and Sandeep Dhull got 5 tackle points while putting high 5 in the defense. Brijendra Chaudhary once again scored 8 points (5 raids and 3 tackles) while performing all-round.