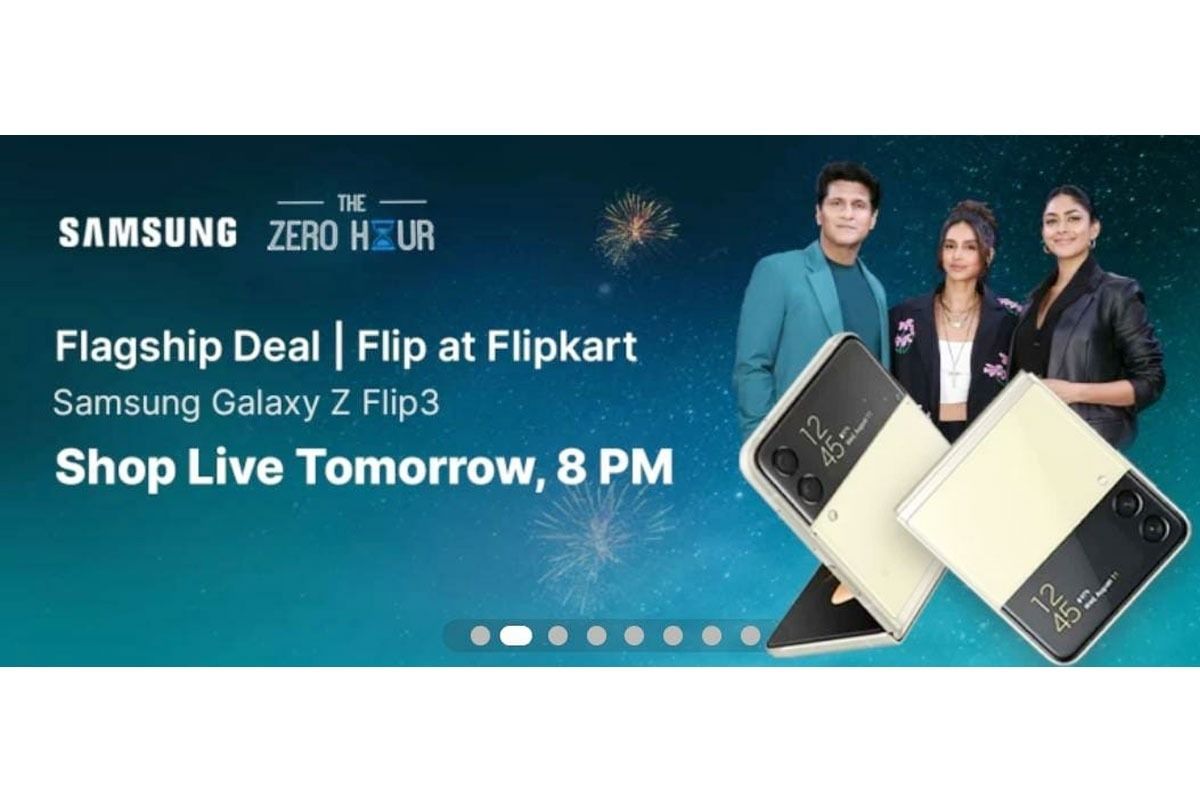 The wait for Samsung Galaxy Z Flip 3 is over, buy from today on Flipkart with huge discounts

Diwali offer on Samsung phones: Samsung is all set to slash the prices of its last-gen folding devices, the Galaxy Z Fold 3 and Galaxy Z Flip 3, in India soon. Upcoming offers will be available during the Flipkart Big Diwali Sale. The Galaxy Z Flip 3 will sell for around Rs 50,000 during Flipkart’s Big Diwali Sale 2022 event from October 10, while the Galaxy Z Fold 3 will go on sale from October 8 at Amazon’s Great Indian Festival Sale 2022. Also Read – Big news for these users of iPhone and iPad, update will not be available from next month, repair will not be possible

Samsung hasn’t announced whether these will be limited-period offers or whether the new prices will be available after the sale is over. The Flip 3 is currently listed on Samsung’s online store for Rs 84,999 (128GB). At the same time, Fold 3 is listed for Rs 1,39,999 (256GB). Also Read – MediaTek Helio G99 processor, 5000mAh battery and 108mp camera, price less than 15000, people said – this is not a phone but a superphone

According to the teaser given on Flipkart, its sale on e-commerce will start tomorrow on October 10 at 8 pm. Also Read – To compete with Apple, Google launched its smartwatch Pixel Watch, people said – it is amazing

Samsung Galaxy Z Flip 3 comes with 8GB RAM and 128GB storage.
It is powered by Snapdragon 888 SoC, Adreno 660 GPU
The Galaxy Z Flip3 features a Flex Mode that lets you work without one hand, whether it’s selfies or videos, and its cover screen lets you check messages, take pictures, play music and more without ever opening your phone.
It has Dynamic AMOLED 2X with 120Hz refresh rate for super smooth gaming and scrolling and is also the world’s first water-resistant foldable smartphone with IPX8 rating.
There is a 10 megapixel camera on the top of the phone for selfie.
Samsung Galaxy Z Fold 3 packs a 4400mAh battery with 25W fast charging.

Previous sexy poonam pandey braless shows breasts from side angle even in a covered outfit hot video viral | Fans got sweaty after seeing Poonam Pandey! Posed in such a way that it was visible even from the covered outfit..
Next Now 1024 members will be added in a group instead of 512, new update has arrived – WhatsApp Rolling out ability to add up to 1024 participants in groups know more details