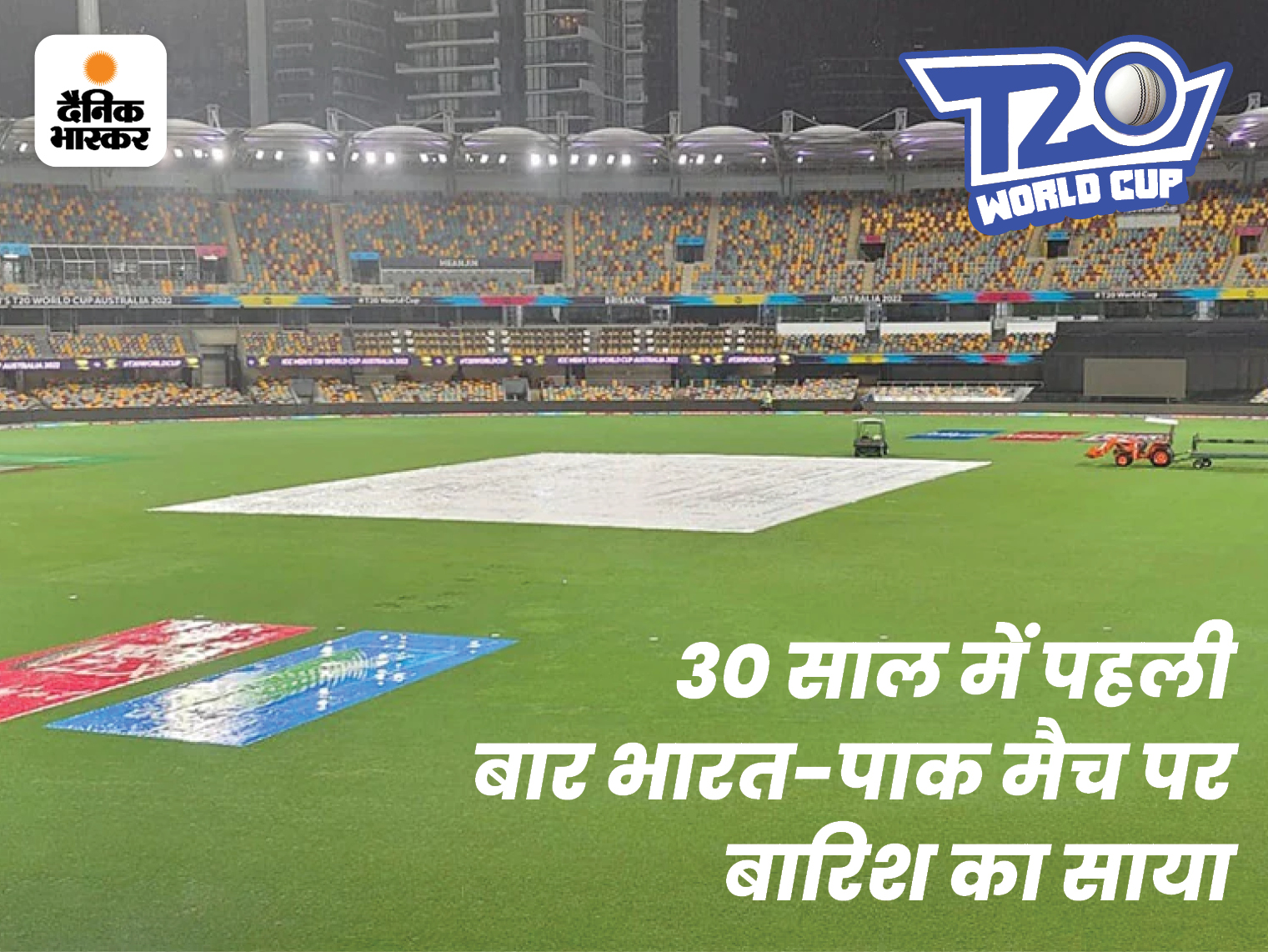 There is a possibility of rain in Melbourne on 23 October, this high voltage match can be washed away for the first time. India Vs Pakistan | IND Vs PAK T20 World Cup Melbourne Weather Forecast

T20 World Cup has started in Australia. Although the fans around the world are waiting for 23 October. That day is going to be the most superhit match of the tournament. That is, India Vs Pakistan great match. Tickets for this match were sold out within 10 minutes of the start of booking. Many fans from India and Pakistan are going to Australia especially to watch this match, but rain can spoil all the hopes of ICC including the fans.

Since 1992, 13 matches have been played between India and Pakistan including ODI and T20 World Cup, but now not a single match has been canceled due to rain.

Heavy rain has been predicted in Melbourne on 23 October. If this happens, then this will be the first time in the history of ODI and T20 World Cup that India-Pakistan match will be washed out due to rain.

Rain forecast for the whole day on Sunday
According to Indian time, the match will start at 1.30 pm. At the same time, this match is to start at 7 pm local time. According to the report of NDTV, this match may get washed out due to rain.

According to the news, on Sunday, there is a possibility of 85 percent rain in Melbourne in the morning, 75 percent in the evening and 76 percent in the night. In such a situation, the aspirations of crores of fans around the world including Pakistan and India can be ruined. According to the Government Meteorological Department of the Australian Government, 80 percent of the total rain is expected on Sunday.

Team India was to play the second warm-up match between New Zealand on Wednesday. That too got canceled due to rain.

According to the website, there is a 95 percent chance of rain with thunderstorms in Melbourne since morning on Friday. At the same time, on Saturday also it can be cloudy throughout the day and it can also rain. Also, the wind is likely to move from south to west with a speed of 15 to 25 kmph. Whereas in the morning and afternoon the wind is likely to blow from the south with a speed of 15 to 20 kmph.

If the match is not played due to rain, both the teams will get 1 point each.
There is no reserve day for qualifying stage and Super-12 round in T20 World Cup. That is, if the match does not happen due to rain or any other reason, then both the teams will get 1 point each. However, if the rain disrupts for a while, then the overs in the match can be reduced a bit. For a match to be held, there should be at least such a condition that 5-5 overs can be bowled in both the innings.

World Cup matches between India and Pakistan did not get rained
India-Pakistan have clashed 13 times in T20 and ODI World Cups so far. None of these matches have been washed out due to rain. There have been 7 matches between India and Pakistan in ODIs. India has won all seven. At the same time, both the teams have met 6 times in T20. In which India won 5 matches and 1 was won by Pakistan.