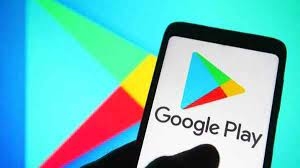 There will be a big change in Google Play Store next year, know what Google is going to do

Google Play Store: Last month, Google updated the Play Store app for larger-screen devices with a redesigned layout that includes a new side rail design with icon-only access. made, making them easy to access. Now, the company has announced some new changes to the Play Store listing layout via a developer’s blog.

Your Play Store listing is the best way to help users understand the functionality and importance of your app. The videos you send are essential for those users who want to decide what to download.

Based on this, Google has announced new changes that will be coming next year, aimed at making app listings front and center in Google Play. Which, according to the company, not only helps developers but also makes it easier for users to choose what they want to download.

Google has revealed the changes and improvements they are working on. Let’s know.

Homepages for Other devices

Last month, we introduced form-factor-specific homepages. This is for users who have more mobile devices. These homepages improve your app and store by allowing users to browse the titles best suited for their smartwatches, TVs or cars.

Google wants to change the experience of the Play Store homepage. The company explains that the upcoming homepage will “improve your app and store listing description by allowing users to browse the most suitable titles for their smartwatches, TVs, cars and smartphones.”

In addition, Google is also looking to improve the search filter for apps. The company has revealed that it will be adding a new device filter to Google Play. This means, when the filter is enabled, search results will return only those apps and games that are customized for that device.

Google is constantly working to improve the Google Play experience on large-screen devices such as tablets, foldable smartphones and Chromebook devices. The company plans to add screenshots, videos directly to the Apps & Games homepage, which is already at Google I/O.

Just like the homepage changes on smartphones and other small-screen videos, Google will make some changes to the home screen for Google Play on larger-screen devices.

Last month, Google updated the Play Store app for larger-screen devices with a redesigned layout that includes a new side rail design with icon-only access, Which makes them easy to access.

Previous ‘I am against someone..’ Shoaib Malik breaks silence on not getting a place in T20 World Cup team
Next Asia Cup 2023: Indian cricket team can play Asia Cup in Pakistan