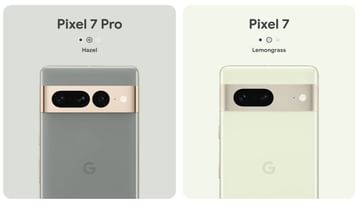 Google Pixel 7 will compete with these phones.

The price of Google Pixel 7 can be bought for Rs 59999, which offers 8 GB RAM and 128 GB internal storage. This is an expensive and premium smartphone. This phone has a dual camera setup on the back panel and a punch hole setup on the front.

Google Pixel 7 has a 6.7-inch display, which is a flat AMOLED display. Its resolution is 2400 x 1080 pixels. Also, refresh rates of 90 Hz are seen in it. It has a peak brightness of 1400 nits. For screen protection, the company has used Corning Gorilla Glass Viktus. It has fingerprint scanner.

It has a primary camera of 50 megapixels, while a secondary camera of 12 megapixels has been given. Also, it has a 10.8 megapixel front camera. It has a battery of 4355 mAh.

These are the alternatives of Google Pixel 7 smartphone