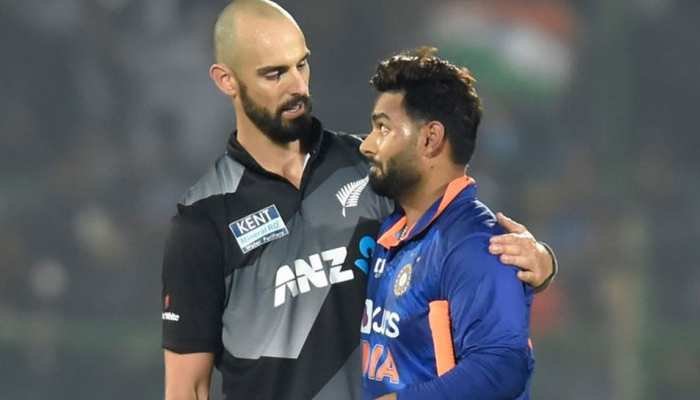 This fatal player got injured just before the T20 World Cup

T20 World Cup 2022: The tri-series is being played between New Zealand, Pakistan and Bangladesh from the T20 World Cup. This series is considered very important for all the three teams in terms of preparations for the T20 World Cup. But in the meantime a star player of New Zealand has been injured. This has left the fans disappointed. Let’s know about this player.

This player got injured

New Zealand batsman Daryl Mitchell was injured during a practice session on Friday and fractured his hand, due to which he will not be able to play in the T20 tri-series. The all-rounder got injured while batting during practice and X-rays showed that he had fractured his little finger.

It may take 2 weeks to recover

Team physio Theo Kapakoulakis confirmed that Daryl Mitchell could take two weeks to recover from the injury. Coach Gary Stead said that Mitchell’s availability in the T20 World Cup will be considered at the time. The team is to leave for Australia on 15 October. Read more:Gold Price Today: There is a sharp increase in the price of gold, check the latest rate

Stead said in a statement to New Zealand Cricket, ‘It is sad that Daryl Mitchell has been injured. He is an important member of our T20 team and we will miss his all-round skills in the tri-series. “We have more than two weeks to go for our first match in the World Cup and we have time to consider Daryl’s availability,” he said.

Previous Varun Aaron last match for team India in 2015 not getting chance from 7 years | Team India: This player is not getting place in Team India for years, his career was ruined sitting outside
Next There is no getting angry about Adi Purush, users asked – why playing with Hinduism only?