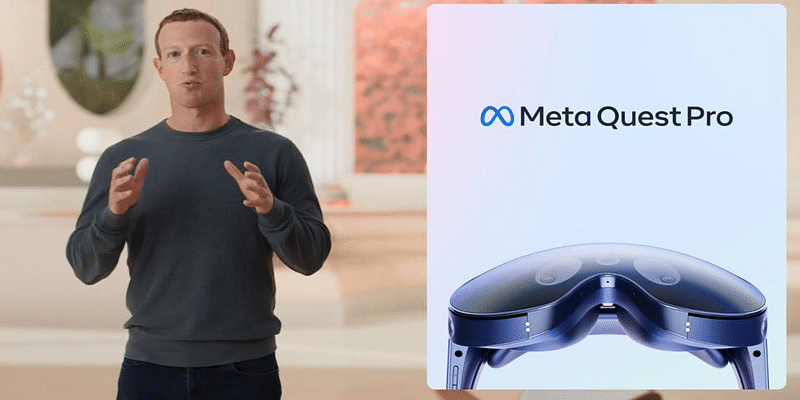 This headset will make the virtual world even more special, but how much is it?

Meta launched its new virtual reality headset Quest Pro during its Connect event. It was earlier named Project Cambria. For those who are not aware of this, let us tell you that Quest Pro is a major upgrade of Quest 2, which was launched in 2020.

This latest Meta headset will probably compete with Apple’s AR/VR (Augmented Reality / Virtual Reality) headset, which is already hotly discussed. The company says that it has been designed for creators and professionals alike.

Right now, Meta is marketing Quest Pro as a handy tool for remote working, but that may change in the near future. Here, we take a look at the highlights of this latest virtual reality headset from Meta.

Meta Quest Pro is powered by Snapdragon XR2-Plus processor. And it comes with 12GB RAM and 256GB internal storage. Its screen resolution is 1800 x 1920 pixels. It offers 90 Hz refresh rate.

Compared to the Quest 2, this new virtual reality headset from Meta sports a shaper LCD display. Instead of opting for a Fresnel lens, the Quest Pro has a new optical stack and comes with multiple layers of thin pancake lenses.

This means that the new headset is able to reduce the depth of the module by almost half, improving overall image quality. The new LCD displays use local dimming and quantum dot technology to show brighter and brighter colors. Meta says it has developed a custom dimming solution that controls over 500 independent LED lights, which the company claims amplify the contrast by over 75 percent.

It comes with a brand new sensor stack. The new headset features high-resolution outward-facing cameras, which the company says are capable of capturing four times more details than the Quest 2. The Mixed Reality headset can now show the outside world in full colors and has a ‘Stereoscopic Mixed Reality Passthrough’ feature that combines multiple images from the cameras and offers a more natural 3D view of the user’s environment.

Quest Pro comes with Pancake lens. This is the thinnest device ever made by Meta. It comes with an eye relief dial that allows users to stay in the virtual for longer and lets you adjust the distance of the lens from your eyes. The interesting thing is that Quest Pro comes with Open Periphery design that lets users switch between real and virtual worlds easily.

For those who want a more immersive experience, Quest Pro comes with magnetic partial light blockers. But those looking for the full VR experience may have a few more months when Meta offers full blockers.

When you can use the headset on a charge, the Quest Pro delivers about one to two hours of battery life. Meta says that a full charge will take around two hours. Currently available for pre-order, Meta Quest Pro is priced at $1,500 (approximately Rs. 1,23,000).