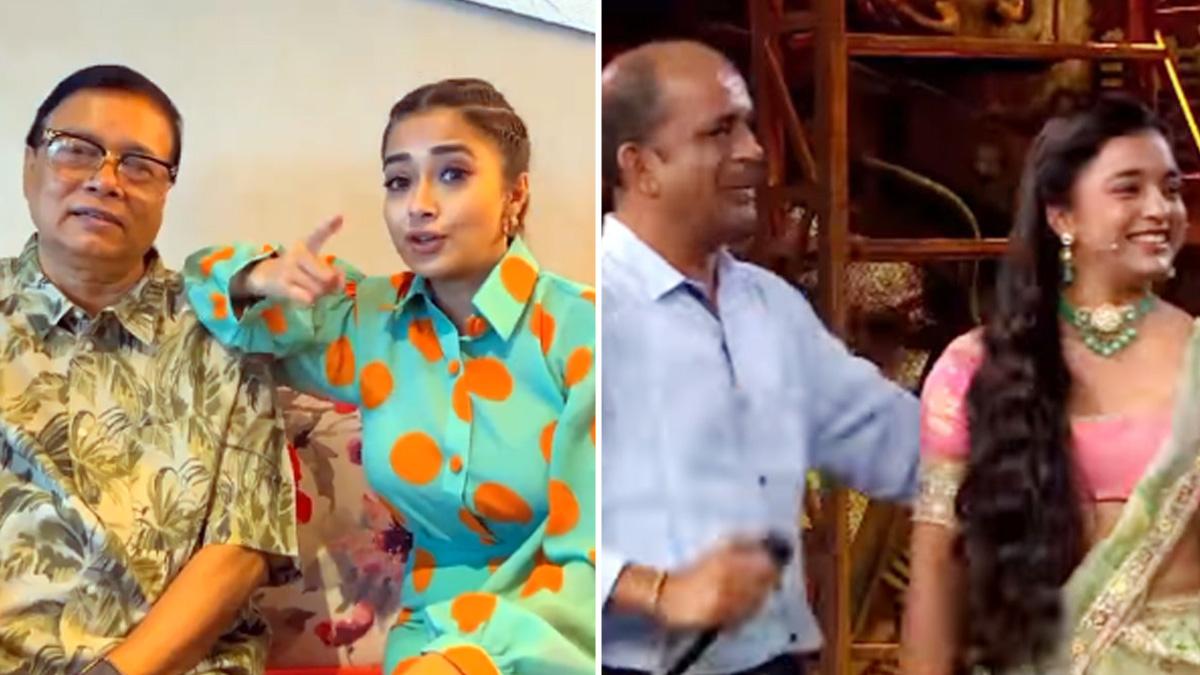 This Friday’s episode of Controversial show ‘Bigg Boss 16’ was quite disturbing for three people. These three names are Tina Dutta, Sumbul Tauqeer Khan and Shaleen Bhanot. Sumbul’s father was seen scattered on all three. She said that she is seen inside the house just like Sumbul is. This does not mean that he should become a puppet in the hands of others. Do not trust blindly and also do not put your command in someone else’s hands. Shaleen and Tina were especially reprimanded by Sumbul’s father. Both are trying to spoil Sumbul’s image, this thing Sumbul’s father did not like at all.

Tina’s father reacted
Now Tina Dutta’s father has reacted on this reaction of Sumbul Tauqeer Khan’s father. Pointing fingers at the makers of the show, he said that both of them should have gone if Papa went. If she is young, her father will go to guide her. Everyone is equal on reality shows – work, age, nothing matters when everything is equal. All the contestants are on the same stage. Tina had given the right advice all the time on her behalf, Sumbul should not be hurt and thinking of Sumbul, Tina had already said to clear this thing. I would only say that in order to raise your daughter, one should not humiliate another’s daughter.

Tina Dutta has gone and participated in ‘Bigg Boss’ this year, otherwise every year there was talk of partying in her show, but Tina used to refuse. The friendship and love angle with the actress’s gracious Bhanot has also come in a lot of discussion among the audience. The way Tina is entertaining everyone at home is commendable. Everyone is liking Tina Dutta’s friendship and flirt angle with Gotam Vij. Ever since Tina has appeared in ‘Bigg Boss 16’, she has been in a lot of headlines.

If we talk about Sumbul Tauqeer Khan, then Shaleen Bhanot was his first friend inside the house who was made. Everyone was liking the bonding of Sumbul and Shaleen, but the actor did not leave Sumbul either. He kept doing evil of Sumbul by going to the family members. They kept calling her as a little girl. Tina had also pointed fingers at the friendship of Shaleen and Sumbul at one point of time. He had asked that is there anything going on between you two? On which Shaleen said that she is a child.