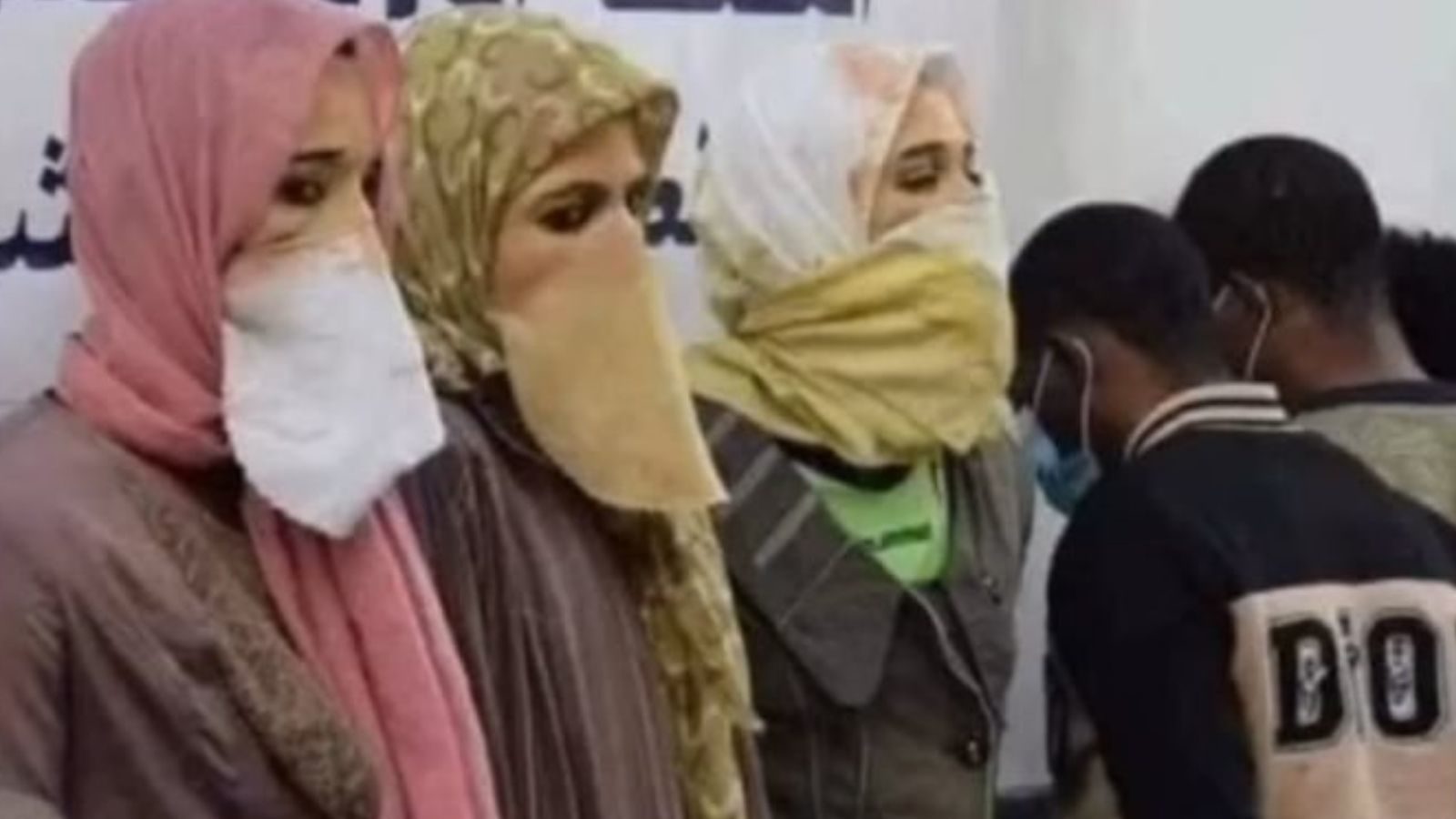 These days there is a lot of controversy in India regarding Hijab-Niqab. Some are seen demanding to wear it, while some are demanding to remove it. Amidst this tension, a news came from Dubai that three men who were roaming as women were arrested at the airport here. His photo also started going viral on social media.

The report of the news website Daily Star said that recently a very strange incident was seen at Dubai Airport of United Arab Emirates (UAE). According to the report, the police and immigration here without suspicion arrested the first three ‘women’ who had covered themselves like Arab women from head to toe. But as soon as the security personnel removed their mask, three Nigerian men (Nigerian men makeup as arab women arrested) came out! It was told in the report that they were trying to enter Dubai illegally. To make himself like a woman, he had applied skin color paint on his face and covered the whole body so that no one would know about his truth. According to South African news station Kaya 959, the three people had gone to Dubai with the aim of improving their lives and earning more money. When he came to know that people earn a lot of money in Dubai, then he also thought of trying his luck. The Algerian police also posted about it on social media. (Photo: Facebook)

photo is fake
Recently this news was very much seen on social media. Many websites told about this photo but now its truth has come to the fore. A news website named Facts Cresendo has claimed that this is a fake photo and it is going viral with wrong information. The report said that the Algerian police recently caught human trafficking and drug trafficking gangs who tried to escape from the clutches of the law by taking the form of women. These pictures are from there.