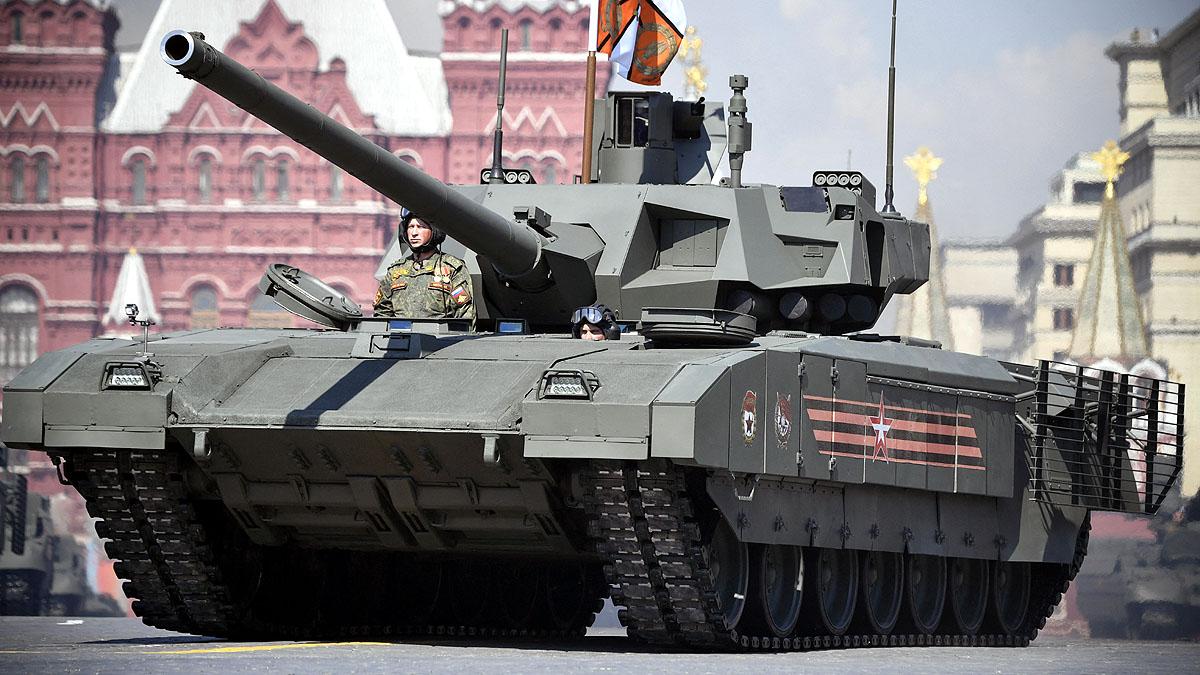 Russia is continuously attacking Ukraine. Sometimes with missiles, sometimes with drones and sometimes with bombs and rockets. But now Russia has launched another deadly weapon in the battlefields of Ukraine. This is a tank. Its name is T-14 Armata. The design of this tank was done in 2014. Since then, trials of the prototype continued till 2021. Started using them from last year. The outside world has no information about how many such tanks Russia has made.

Weighing 55 tons, the range of this tank is 5 to 12 kilometers. The range is not much but the destruction is terrible. That is, this tank is best for fighting war in urban areas. It comes in two versions. The first 125 millimeter barrel and 152 millimeter barrel. The diameter of the barrel is measured in millimeters. The tubes are smoothbore in both the versions. That is, there are no curved marks inside them, which gives the ability to hit the rounds far away. The T-14 Armata tank is fitted with a 12.7 mm Cord machine gun. This machine gun fires 650 bullets in a minute. Its range is 2 kilometers. Apart from this, there is also a 7.62 mm PKTM machine gun on this tank. The square box in this machine gun also fires at the rate of 650 rounds per minute. Night vision, thermal vision or radar sights can also be installed in both these machine guns. That is, the attack will be strong at any time.

The T-14 Armata tank can hold 42 shells at a time. It is run by only three people. Two men on a machine gun and a tank man. An autoloader has been installed to fire the shells. That is, the shells will be loaded automatically. Only the one who is driving the tank can destroy the target by pressing the button. This tank has 12 speed automatic gearbox. That is, like old tanks, there will be no hassle of getting stuck on the go. The minimum range of the T-14 Armata tank is 550 km. The maximum speed is 80 kilometers per hour. Russia has not said how much its maximum range is. Russia is creating mystery like China about this tank. Although there was a lot of controversy in the beginning regarding the production of this tank, but now it is being used in the war of Ukraine. The armor of this tank is said to be so strong that even if the armor of this tank explodes twice at the same place on any side, it will not make any difference.

The three soldiers sitting inside the tank sit in a capsule surrounded by armor. Inside which computerized monitor system, radar system, control system, firing system are installed. If there is any kind of danger outside or if some wrong button is pressed by a soldier sitting inside, then the security systems of the tank tell. This tank changes its direction by detecting the enemy’s incoming shells, kinetic energy penetrators and tandem charges. 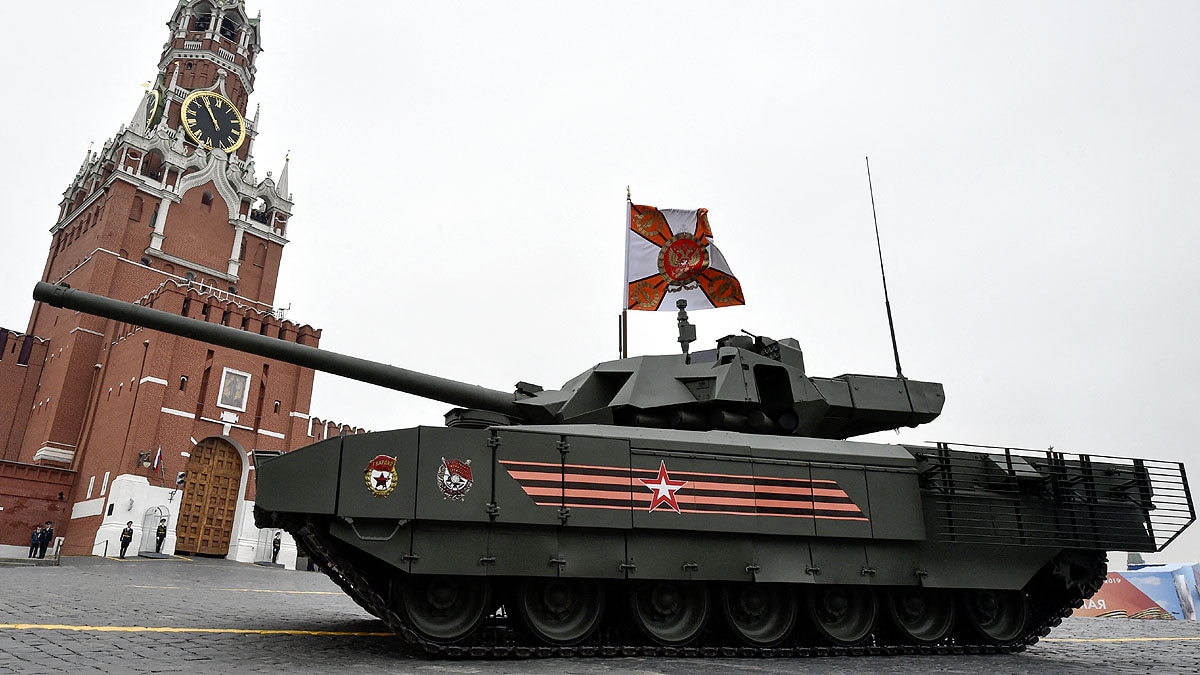 This tank also has the ability to deceive Anti-Tank Guided Missiles (ATGMs). This is because of its radar. It does not allow the anti-tank guided missile to lock the target. So the missile gets confused. On top of this many ATGMs like Hellfire, TW, Javelin, Spike, Brimstone will not work. Meaning this tank is believed to be completely safe. At present, only Russia is using this tank.