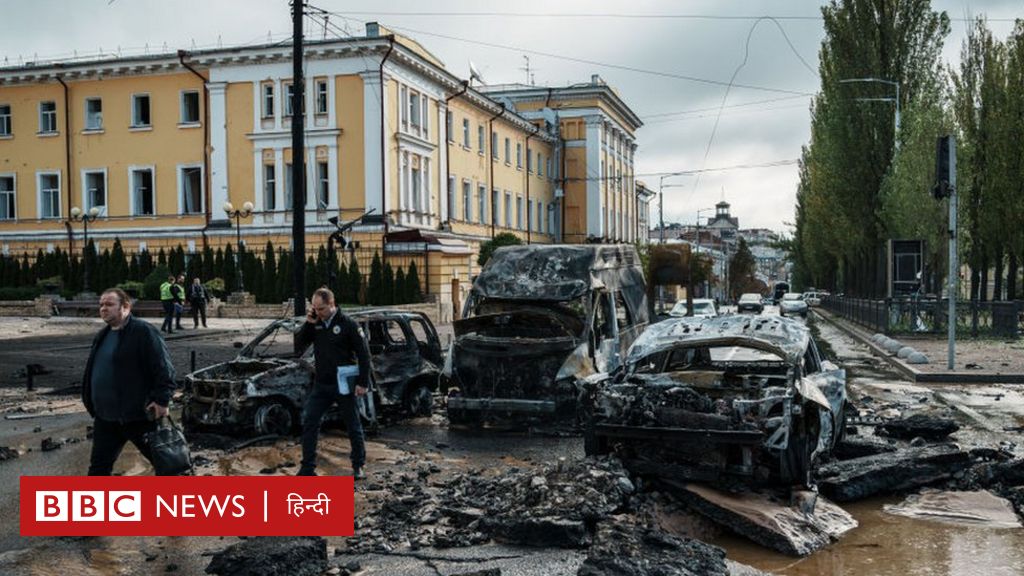 Russia has launched a slew of airstrikes on Ukraine this week, but some security experts believe Russia’s supply of weapons, especially advanced missiles with precision, is running out.

When Russia recently intensified missile attacks on Ukraine, the question also arose as to what kind of weapons are being used there.

Douglas Berry, a military expert at the International Institute for Strategic Studies, said, “One thing to keep in mind in recent attacks is the missiles used to target targets on Earth.”

“There have been attacks on the earth with cruise missiles from which it can be inferred that something is wrong. At least in some areas, even if the weapons are not completely exhausted, then the chances are very less.

Russia used a number of precision-guided missiles to target ground targets throughout Ukraine at the start of the war. But in the summer the attacks from the Russian side diminished. On this, some experts believed that perhaps the stock of weapons with Russia has reduced considerably.

Jeremy Fleming, head of the British intelligence agency GCHQ, said, “We know and the Russian commanders on the ground know that their supplies and weapons are constantly running out.”

What is the evidence for this?

How many missiles Russia has is not very clear because their security is very secret. On what basis Western intelligence agencies are making this claim, we cannot confirm it. But some clues have been found from the pictures of the recent attacks.

Fragments of Russian S-300 missiles have been found in debris lying in some places in Ukraine.

These are weapons that are usually used to target targets in the air, not on the ground.

Several posts on social media have claimed that the S-300 missiles have been used to target ground targets.

We tried to understand and verify by looking closely at the pictures circulating online. We compared the images shared online with the fragments of the S-300 missiles in the wreckage and found that the labeling on them was identical.

Their size is also the same.

Some experts say that Russia is using these weapons because it now has less precision-guided missiles.

Louis Jones of Mackenzie Intelligence Service said, “I’m sure his stock is running out, he must have tested his ability to make new weapons and realize that the next best step is to use the S-300 missile for a different purpose.” Maybe.”

Are these missiles from Ukraine?

Russia and Ukraine both have S-300 missiles and both countries are blaming each other for the damage caused by the recent attacks.

The Ukrainian military uses them to shoot down Russian missiles, and Russia alleges that their fall on the ground is harming civilians, not its attacks.

Evgeny Popov, an official in the Russian parliament, told the BBC that whatever damage is being done to civilian areas in Ukraine, such as children’s playgrounds, is being “caused by Ukraine’s anti-missile system”.

Weapons experts say the missiles lying in the debris cannot be traced from where they were released.

Siddharth Kaushal, a defense expert at the Royal United Service Institute, said, “As a post-detonation warhead of a similar missile like the S-300 produces almost identical debris or causes similar damage, it is uncertain to give an exact answer.”

Ian Williams, a fellow at the Center for Strategic and International Studies, says he did not show any evidence that Ukraine’s anti-missile systems had damaged it in recent attacks.

He says, it is not possible to say anything clearly on the basis of the pictures that have just surfaced. Secondly, it could also be that Ukraine had installed its defense system in the city center itself.

Ian said, “Usually you put anti-missile systems in the areas. In such a situation, no Ukrainian interceptor is likely to fall into the urban area.

What other weapons did Russia use?

Russia started the war with missile attacks. The Pentagon estimates that in the first 11 days of the war, Russia fired some 600 missiles at Ukraine.

These older missiles are generally designed to target ships rather than targeting other targets. This also led to fears that perhaps Russia was running out of stock of missiles and weapons.