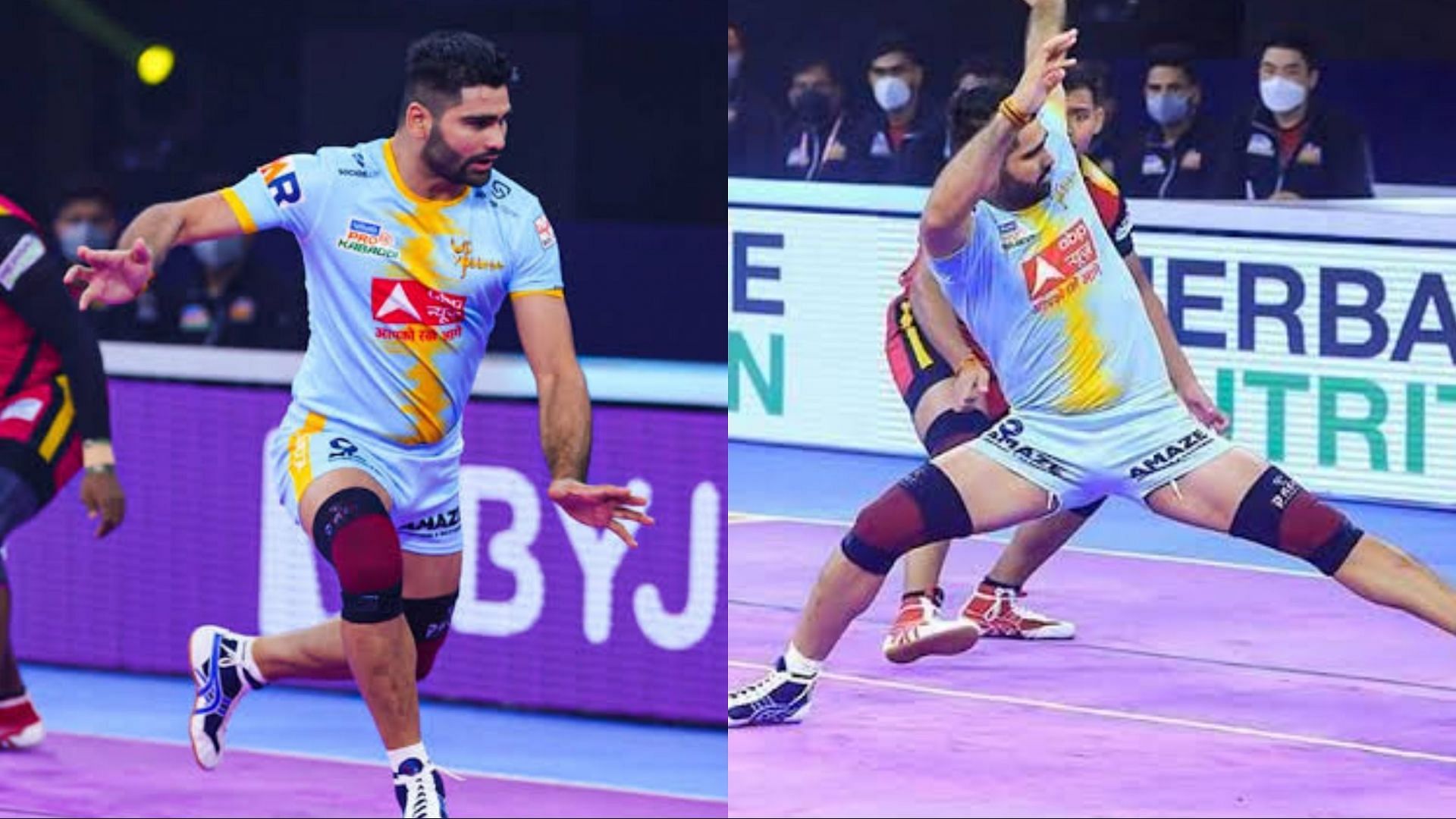 UP Yoddha created history amidst Pardeep Narwal’s flop in PKL 8, fourth team out of playoff

In PKL 8, UP Yoddha registered a thrilling win over U Mumba by 35-28. With this, the team of UP Yoddha has made it to the playoff and the team of U Mumba is out of the race for the playoff. U Mumba has become the fourth team to be dropped.

UP Yoddha created history in PKL 8

This is the fourth season of UP Yoddha in PKL and has reached the playoffs every time. They are the only team to do so. However, Pardeep Narwal flopped badly in this match and could only get 6 points. He was also out 6 times. Surender Gill scored the maximum 7 raid points.

U Mumba started the second half well. First he tackled Surender Gill, then Abhishek Singh did a multi point raid and then Pardeep Narwal was also tackled. Because of this, U Mumba’s team came close to all-out UP Yoddha and they did so in the 27th minute of the match. Rinku played a key role in the all-out while completing his High 5. U Mumba did not let Pardeep Narwal walk in the second half and that is why UP struggled.

Surender Gill scored a super raid in the 30th minute to get three touch points to give UP Yoddha the lead once again. Rahul Setpal also narrowed the gap with a multi point raid. Soon the defense of both the teams took over the command and did not let the raiders run at all. Because of this no team got more leads.

In the end, the match turned out to be very exciting, but UP Yoddha ensured their team with a stellar performance in defense and raiding. Surender Gill dismissed both the defenders of U Mumba in the last raid of the match and due to this, Mumba was all-out. UP Yoddha won the match in a thrilling manner.