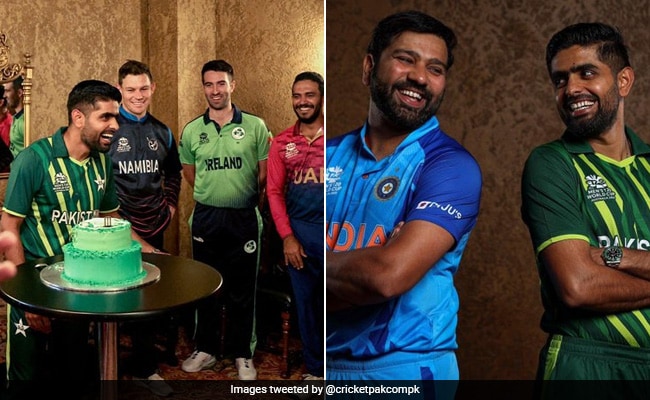 In the pictures, captains of all the teams around the world including India captain Rohit Sharma, Australia captain Aaron Finch were present on the occasion. Babar Azam cut the birthday cake and everyone together congratulated the Pakistani captain.

All smiles at the Captains’ Day in Melbourne#T20WorldCup#BabarAzampic.twitter.com/Vxl2DtRTh5

All vying for one thing – T20 World Cup#cricket#ICC#T20WorldCuppic.twitter.com/hYXKXKQHLv

Can anyone find Temba Bavuma here?#T20WorldCup#captainspic.twitter.com/8Sn4jBQLYl

Video: Rohit Sharma and Babar Azam revealed the funny conversation between the players of India and Pakistan

Why is #arrestkohli trending on social media? What is the whole matter, know here