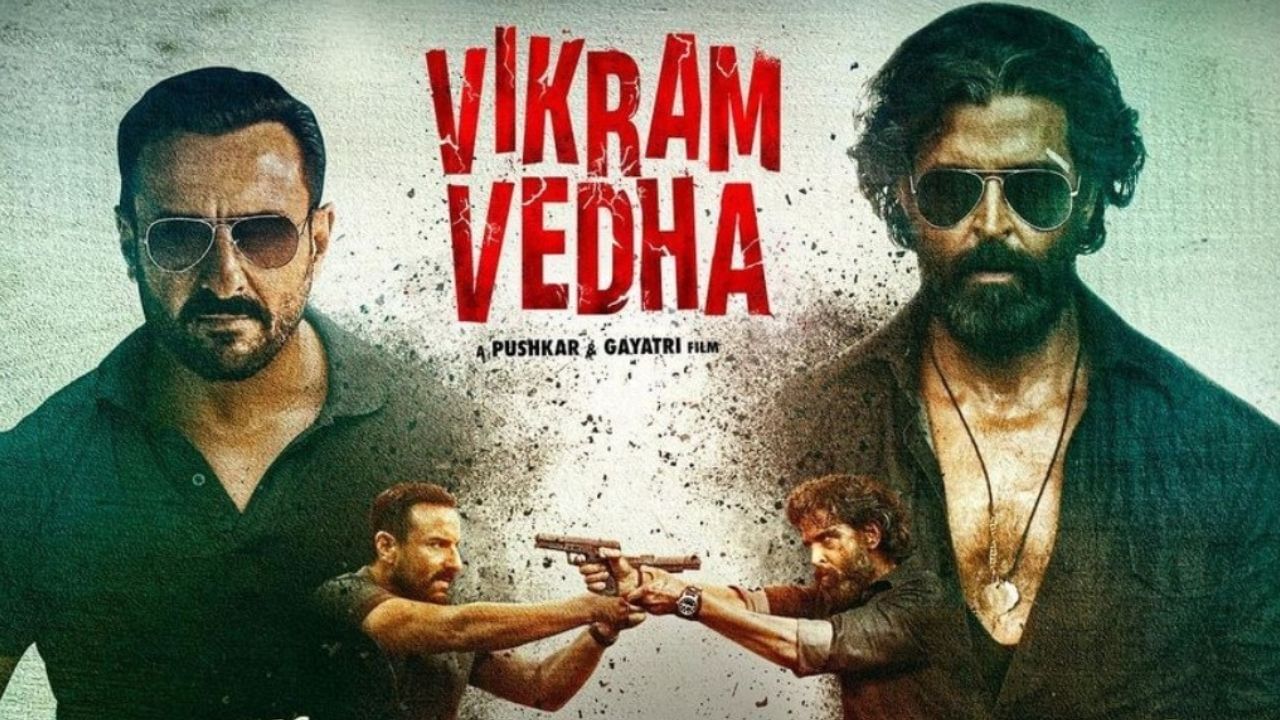 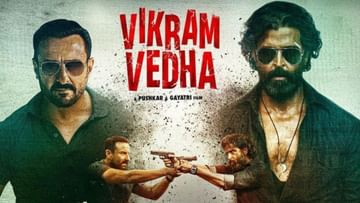 Where to watch: In cinemas

Hrithik Roshan and Saif Ali Khan’s much awaited film Vikram Vedha has been released. This film is the story of a police goon and a gangster. ‘Vikram Vedha’ has been made a little differently or say that the story of ‘Vikram and Betal’ has been given a slightly modern look. Pushkar and Gayatri have directed this film. However, what is the story of the film and whether you should watch this film or not, we are going to tell this in our review.

Everyone must have heard the story of ‘Vikram Betaal’ and many must have even seen it on their Twi screen. Because there used to be a TV show by the same name in which Mukesh Khanna was seen. So just understand that the modern form of ‘Vikram Betal’ is ‘Vikram Vedha’. Because the way King Vikramaditya met Betaal and Betal told him different types of stories and asked him to give the right answer. You will get to see something similar in this film as well.

What is the story of the film?

The center of the story is Lucknow, in which some part is also from Kanpur. The film begins with SSP Vikram i.e. Saif Ali Khan, who is an encounter specialist. He doesn’t regret taking the lives of criminals. He has killed 18 people in his career, but now his special team is looking for only one man. That man is a bit cunning and fearless and also dreadful. Another name for savagery is that, which is discussed far and wide. The name is Vedha i.e. Hrithik Roshan.

Vedha works for Parashuram, a big bahubali of that area and Parashuram has a leader’s hand on his head. But the increasing stature of Vedha is not digested by the people and then the gang war starts among themselves. After which STF is formed. Vikram and his team have been searching for Vedha for a long time. But in order to capture Vedha, he killed many goons. He goes to lay a trap for Vedha that Vedha herself appears in front of Vikram.

Just as Vikram gets into a religious crisis due to the question of Betal, Vedha also tells Vikram a story and puts him in religious trouble. Vedha takes Vikram to his world through his stories. The film is full of shocking and interesting details with lots of twists and turns. Priya i.e. Radhika Apte is playing the character of Vikram’s wife. Even in the happy life of both of them, only fire burns the vedha. Priya is a lawyer by profession.

Amazing acting of Hrithik, Saif and other actors

For the first time, Hrithik Roshan has appeared as a ruthless and dreaded gangster. People will like his acting in this film very much. Their hard work is also clearly visible. In this film, you will be able to see Hrithik in three different forms as Vedha. Overall, Hrithik Roshan has dominated the film. At the same time, Saif Ali Khan has also played the character of Vikram very well. Radhika Apte i.e. Priya is in the role of Vikram’s wife. His chemistry with Saif looked very good. Actors like Sharib Hashmi, Rohit Saraf, Yogita Bihani and Satyadeep Mishra have done a great job in this film.


Director Pushkar and Gayatri did a great job

Director Pushkar and Gayatri have written the story of the film very well. Its Tamil version came in the year 2017. The story of the film takes you on different rides one after the other, after which you will not be able to leave your seat. The action in the film is also amazing and the cameraman has also done a good job in the film. At the same time, its background score and songs are amazing. You must definitely see this film.