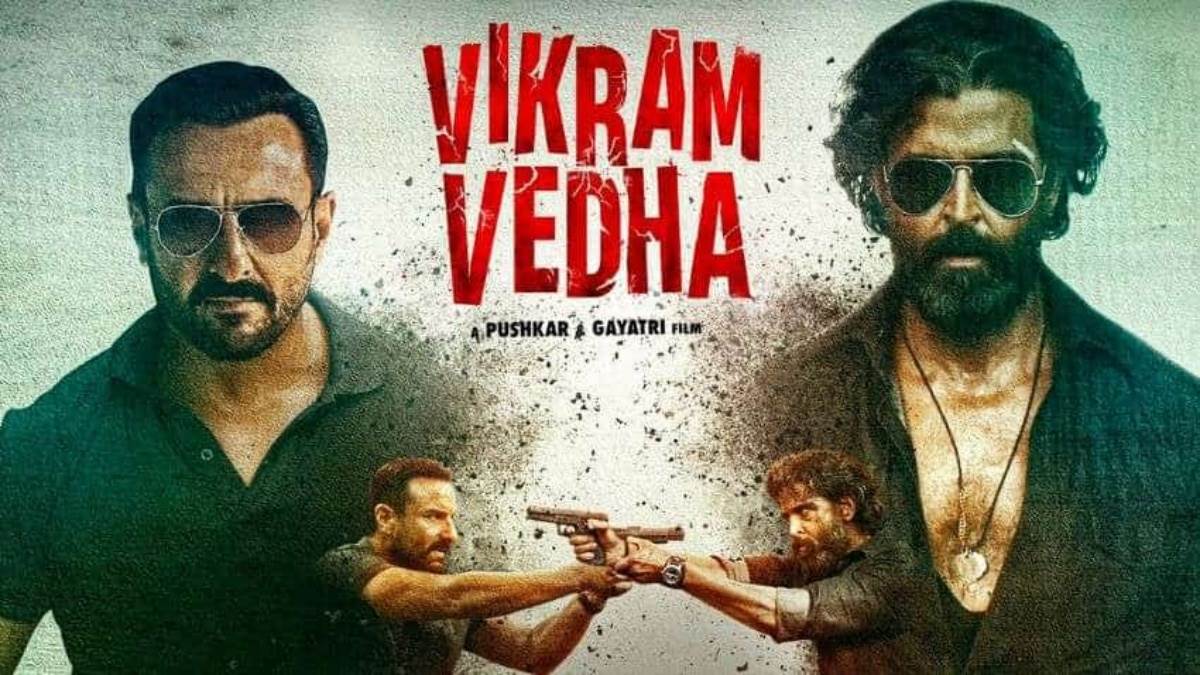 New Delhi, Jnn. Vikram Vedha Twitter review: Hrithik Roshan and Saif Ali Khan starrer ‘Vikram Vedha’ has been released in theaters today. Those who watched the first day first show of the film have started reacting to Vikram Vedha from the movie hall itself. The best part is that the box office is once again buzzing and the audience has proved with the advance booking of Vikram Vedha that the first day collection of the film is also going to be tremendous.

Kamal Rashid Khan (KRK) has termed Vikram Vedha as a torture of 3 hours. Although people have given up taking them seriously long ago. Talking about film critics, most have called it a masterpiece. The audience is giving credit to Hrithik and Saif’s acting as well as the makers for making a great movie.

Told the film better than the original

One social media user wrote, ‘Hrithik’s swag and Saif’s intensity. The story keeps you hooked till the end when it comes to twists and turns. I had also seen the South film but it again pulled me with it. must see

Then another wrote, “Guys do you remember what @ActorMadhavan said about Vedha” Looks like he is going to rule the world, historical and mythological written on it “He was such a true man. His Words come true. #VikramVedha film is one of the best #HrithikRoshan performances.”

So there are some who are talking about the boycott of the film. They argue that Vikram Vedha is copied from South’s film. This is not the original idea. So someone says that the film is a complete torture, Saif’s Bhojpuri is very bad. The screenplay and dialogues of the film are very poor. Also gave it 2 out of 5 stars.

Adipurush Teaser Poster: The wait is over! First poster of Prabhas’ ‘Adipurush’ surfaced

Previous Ind Vs Sa: Rohit Sharma Breaks Ms Dhoni Record Of Most T20i Wins By An Indian Captain In A Calendar Year
Next Price of Oppo’s budget phone leaked before launch, now amazing feature will be available for so little