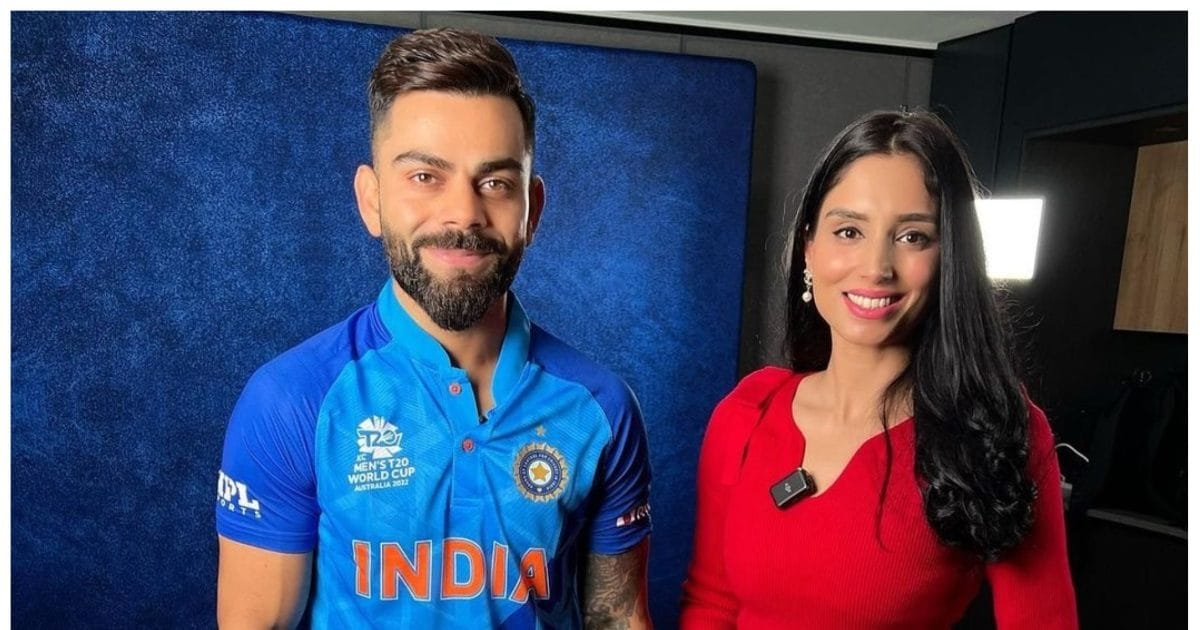 India will play its first match against Pakistan in the T20 World Cup on 23 October.

New Delhi. Modern cricket’s most powerful batsman and star Indian cricketer Virat Kohli is always in the headlines. Regarding the great match against Pakistan in the T20 World Cup, sometimes while catching amazing catches on the field or running out and sometimes batting with Pakistan batsman Babar Azam in the nets. Fans keep an eye on their every move.

Fans shower love on the videos and pictures of Kohli’s every activity on social media. But now something has happened that Kohli’s fans have become very angry with him and they are calling him good and bad on social media, now the question is what did Kohli do that made the fans so angry. Let us tell why Virat Kohli is facing the displeasure of the fans and what is the reason for this criticism…

That’s why Kohli started trending
Actually a picture of Virat Kohli with a woman started going viral on social media. After a while Kohli started trending on Twitter. In fact, the woman whose photo is going viral with Virat is Zainab Abbas, a well-known sports anchor from Pakistan, who has interviewed Virat Kohli for ICC’s media platforms. He has got a chance to interview Virat Kohli, such information was given by the anchor himself through his social media post.

What did the Pakistani anchor say? Fans started saying bad omen
Sharing his picture with Kohli, Zainab wrote, “Every day you don’t get a chance to talk/interview with Kohli, what a wonderful speaker he is. The full interview will soon be on air on ICC channels. While it was a happy moment for Zainab, Kohli’s fans did not like it. Since Zainab is from Pakistan, fans feel that it is kind of bad omen just before the India vs Pakistan match.

The great match is on 23 October
T20 World Cup 2022 has started. In this, India’s first match is with Pakistan on 23 October and both the teams are busy preparing for this great match. Meanwhile, Virat Kohli was interviewed by Pakistan’s sports anchor Zainab Abbas. However, Kohli’s fans did not like it and fans have expressed their displeasure on social media.

All the tactics and weaknesses of Kohli will be exposed
The fans of Virat Kohli, expressing their displeasure over this interview, have given different arguments. Some fans say that talking to Pakistani anchor before T20 World Cup is bad omen and Team India will have to bear the brunt of it. At the same time, some fans linked this incident to the 2017 Champions Trophy, saying that even at that time, Virat had given an interview to a Pakistani anchor and India had to face defeat against Pakistan in the final.

Some fans also say that Zainab will tell all the tactics and weaknesses of Virat to the Pakistani players. In such a situation, the bowlers of Pakistan will be able to get him out easily.