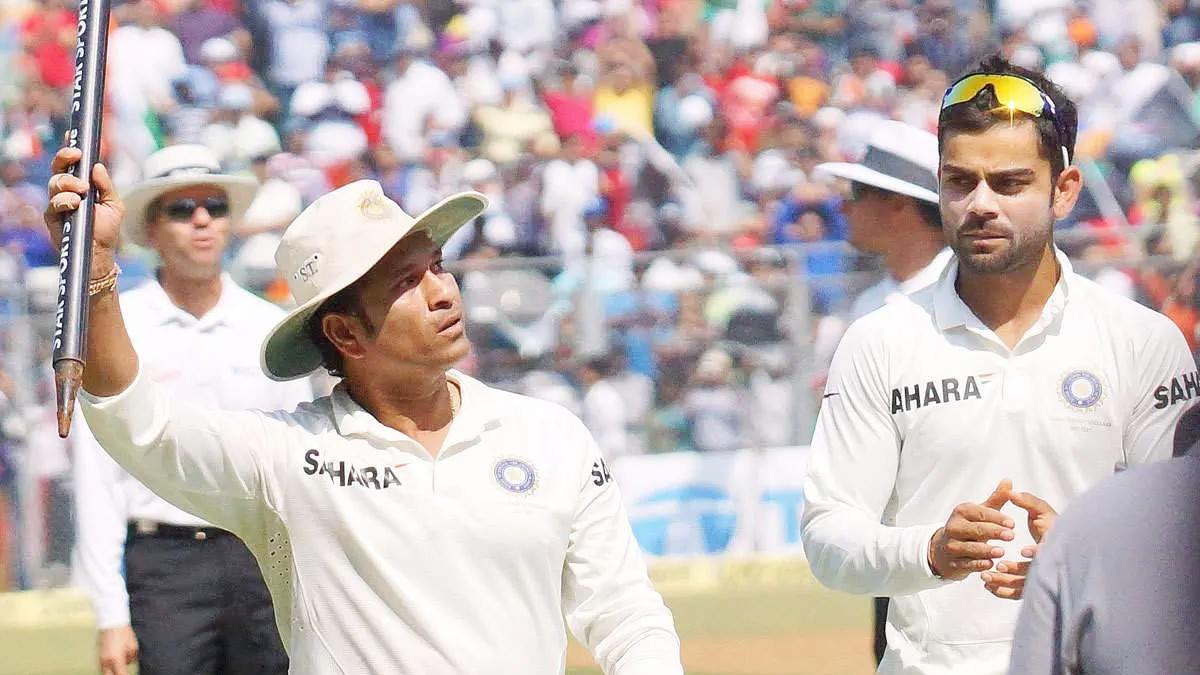 Master Blaster Sachin Tendulkar has made some revelations about a priceless gift related to Virat Kohli. He has made this disclosure while narrating the story of his retirement day. Sachin played his last international match in a Test against West Indies at Wankhede in November 2013.

After this test, Sachin retired from international cricket. Team India won the match by an innings and a margin of 126 runs. After the victory, on November 16, Sachin got emotional while sitting in his dressing room. He was sitting in the corner on one side and his tears could not stop. Sachin shared an anecdote during this period in an interview.

The tears were not stopping from Sachin’s eyes sitting alone.

Sachin Tendulkar said on American journalist Graham Bensinger’s YouTube channel that I still remember that incident. I came to the change room after playing the test and I had tears in my eyes. By then I had retired from cricket and was telling myself the same thing. I was sitting in a corner and could not control my emotions. I had a towel on my head and I was wiping away my tears. That’s when I remember Virat Kohli coming to me. He gave me a red thread, which was given to him by his father.

Sachin said that I took that thread for a while and returned it immediately. I told him it was priceless. You must have it. It’s yours and nobody’s. Keep it with you till your last breath. Saying this I returned the thread to him. It was an emotional moment for me. There are some such precious memories, which will always be with me.

Kohli also mentioned the thread in the same show.

Two years ago, Virat Kohli also talked about this on the same show. Then he said that I always keep this thread tied on my wrist. Most of the people in India do this. My father had given this to me. He used to wear it too. This is the reason why I always carry it in my bag. I know that this thing given by my father is the most precious thing for me. I could not have given a more valuable gift to Sachin than this. I told him that he inspired me a lot. This is a small gift from my side.