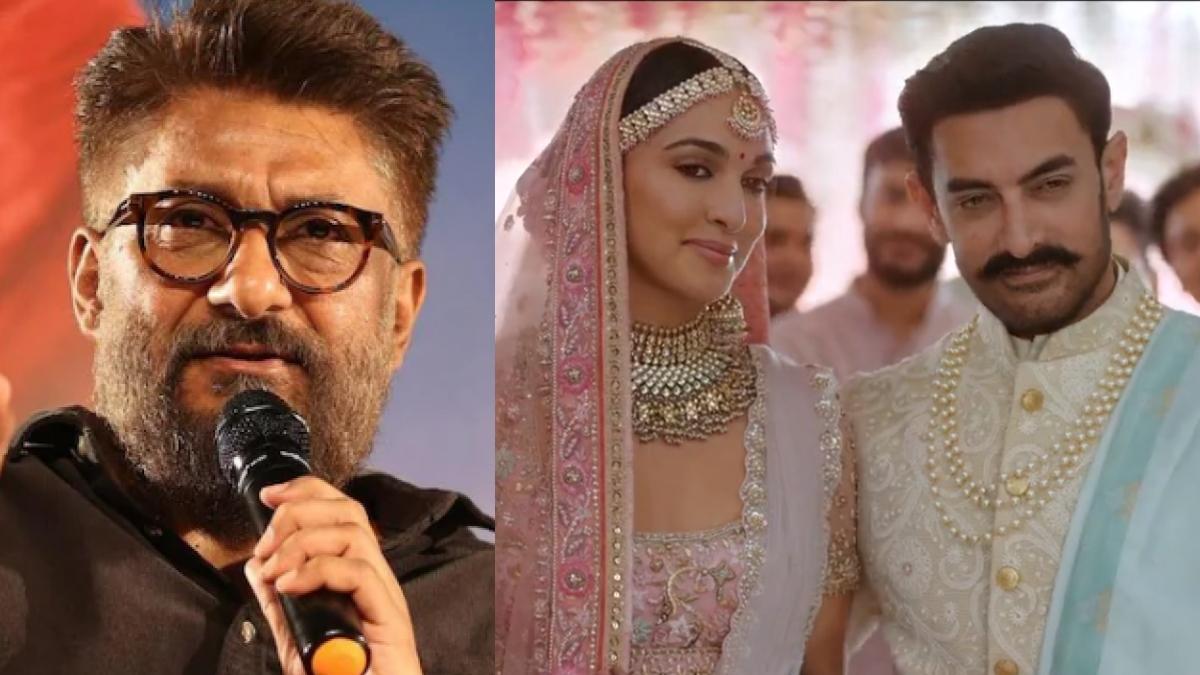 Aamir Khan and Kiara Advani have come into the discussion about their latest advertisement. Both the stars have shot this ad for a bank. Now Aamir Khan is getting trolled about this. Social media users are not liking the new ad of Aamir and Kiara. Users say that their social sentiments have been hurt by this add-on. Meanwhile, director Vivek Agnihotri has also slammed Aamir and Kiara.

Vivek Agnihotri, director of the film ‘The Kashmir Files’, has questioned the latest ad of Aamir Khan and Kiara Advani by tweeting. Sharing the ad on Twitter, Vivek Agnihotri wrote- ‘We have failed to understand that since when banks have become responsible for changing social and religious traditions. I think AU Bank India should show proactiveness by changing the corrupt banking system. They do such nonsense, then they say that Hindus are trolling.

This advertisement of Aamir Khan is being told against the Hindu tradition. Aamir Khan and Kiara are shown as husband and wife in the ad. Both are going to their home after marriage. The special thing is that instead of Kiara, Aamir is leaving. The reason for this is the illness of the girl’s father.

After seeing father-in-law ill, Aamir decides to stay with his wife and take care of her. The groom enters his new home. She is welcomed like a bride in the house. After this Aamir is seen in a bank. Here he says- ‘Why should the tradition which has been going on for centuries continue? That’s why we question the banking tradition.

Because of this ad, Aamir Khan is being taken on the mark. Many users have expressed their displeasure after seeing this. By the way, this is not the first time that Aamir Khan has come under the target of trolls for any of his ads. Even before this, many times Aamir has been accused of hurting the sentiments of the people. Till now there is no reaction of Kiara Advani and Aamir Khan on trolling.