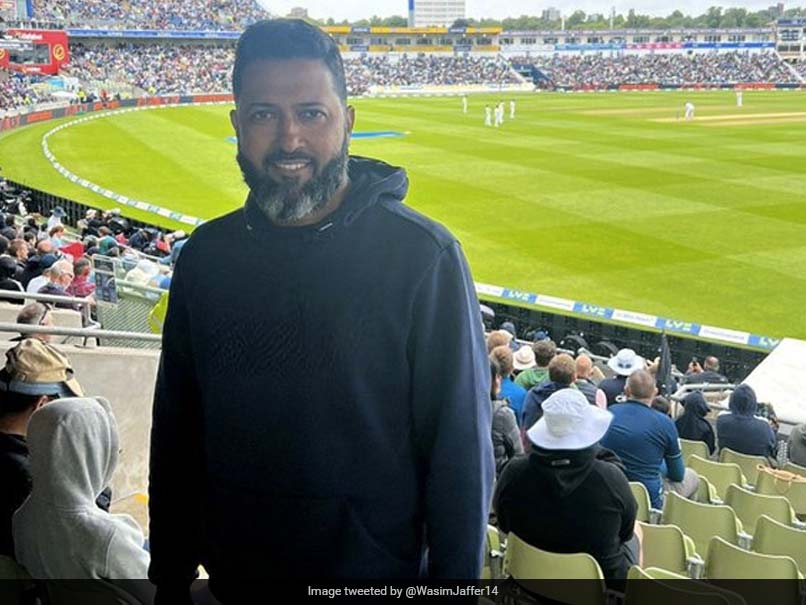 One thing is clear that there is a big difference between the T20 matches played in Australia and other countries, it is the boundary (boundary), but in the first T20 match with England, when the boundary looked very small, then Jaffer drew attention to this while posting the picture. In the picture posted by Jaffer, it can be clearly seen how much difference there is between the boundary rope and the audience. Jaffer not only caught this thing, but also brought attention to the entire cricket world including Cricket Australia.

Something like this happened during the toss in the second ODI, Shikhar Dhawan had fun for the match referee- Video

In the first T20 between Australia and England, Jaffer noted that the rope has been put too much inside. He further wrote that big grounds and big boundaries make cricket special in Australia. Hopefully this will not be seen in the T20 World Cup. In fact, it was such a thing that no other cricketer could have noticed, nor did anyone comment on this subject.

I see the boundary rope brought in significantly in the Aus v Eng T20I. I hope that’s not the case during the WC. Big grounds, long boundaries is what makes cricket in Australia unique. #AUSvENG#T20WorldCuppic.twitter.com/NQ0uICQZWf

Talking about the match, England have taken a 1-0 lead by winning the first match of the three-match series. Although the match was close, but in the end England was able to beat by 8 runs. Batting first, England had scored 208 runs for 6 wickets in 20 overs. Butler scored 68 and Hales scored 84 runs.

In reply, Australia’s team could only score 200 runs for 9 wickets in the same overs. David Warner scored the highest 73 runs, Mitchell Marsh contributed 36 and Stoinis contributed 35 runs. Mark Wood took three wickets each and Topple and Sam Curran took two wickets each. However, after the score of more than two hundred made in the match, a question arises that whether a big factor in making this score is that the boundary was too small?

* The search for Bumrah’s replacement was made easy by the former Indian cricketer, this star was named for the T20 WC team

* VIDEO: “There was a little butterflies..”, said Suryakumar Yadav, assessing the Australian conditions

* ‘There is no X-Factor in these two which is seen in Rishabh Pant’, former selector said big thing on Indian young wicketkeepers